Just One Of Those Glitches 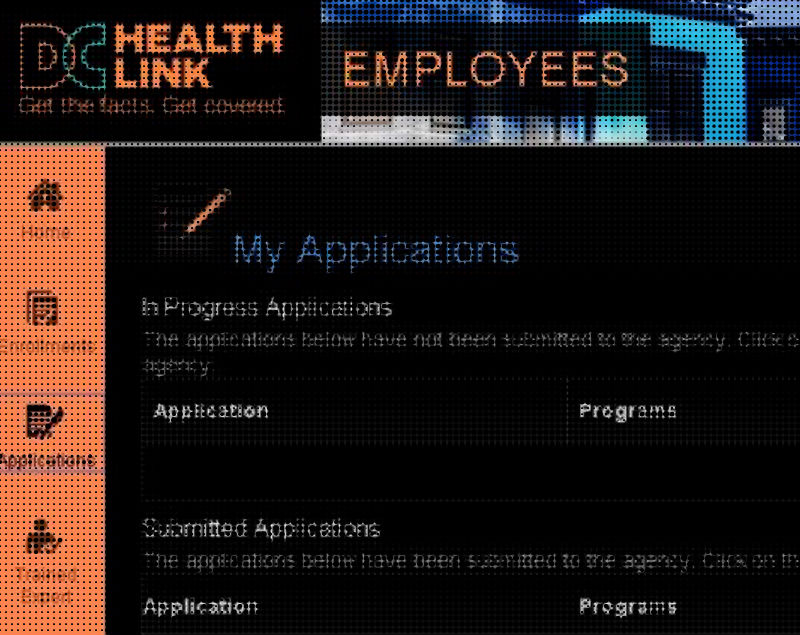 As someone who followed the rollout of the Obamacare exchanges this fall, I regularly read stories about the woes of consumers in the new marketplaces. Now, I can empathize.

I was on my former employer’s health insurance plan through January 31. To get health insurance in February and beyond, I was headed to a family plan on DC’s exchange, DC Health Link. Since I was enrolling near the end of the month, I assumed the problems many people experienced at the end of 2013 would be resolved.

I was wrong. I encountered dozens of issues, the most problematic being that I did not actually receive any information about our coverage from our health insurance company until February 14. This, despite the fact the DC Health Link site said on January 22: “Congratulations: You’ve successfully enrolled in a healthcare plan.”

The experience was shockingly bad. When I can’t get something to work online, I try—a lot—until I succeed. But after several failed attempts, I slowly realized that I was not dealing with a website that was, as the insurance exchanges were so often compared to, an online market place like Expedia or Kayak.

Instead, I was working on a system that could not remember any application I had started that crashed with regularity, that required personal information be entered exactly as listed on a pay check or it would not be recognized, and that apparently did not equip call center employees with any ability to override the website – they seemed to literally just enter your information for you on the same site that had frozen and crashed moments before.

Before I delve into the details, a note on the staff at the DC Health Link. They were kind and tried to be as helpful as possible. And when my frustration reached levels that resulted in extensive Twitter complaining, leaders at the exchange reached out directly to try to help resolve my health insurance woes. (The perks of being a health reporter?) But that was the only positive of the experience.

My adventure with DC Health Link started on January 5th, when I started the application process only to have the website crash as I started to browse plans. I shrugged and figured that, no surprise, turns out those stories about the exchange websites failing were true.

I didn’t give this failure much thought until the last week of January, when my desire to actually have health insurance in the month of February beat out my natural tendency to procrastinate. I went back over to DC Health Link, determined to make it through.

I discovered applications saved in the system meant nothing. You had to start and finish an application and enroll in a plan all at once, or the system would not remember anything about you. This was confusing, because there was an “Applications” page (shown below) that listed all of your failed application attempts. Unfortunately, when you clicked on a link to one of those applications, they went nowhere. My collection of missing applications. And though I can be pretty quick on a computer, I doubt I was able to enter two applications successfully in only eight seconds.

So after a few attempts that kept crashing, I called the help line and thought they could override whatever was happening with my application on the website and help me enroll. Once again, I was wrong.

After an hour on the phone, most of which was hold time, a call center employee had entered the several pages of information (names, dates of birth, addresses, etc.) into an application on her computer twice without success. She suggested that it might be something to do with the fact that our street address has the word “North” in it, which could confused the system if it wasn’t entered to exactly match the records they had received. (So was it N? Or North? Or NORTH? So many options!) We consulted the company benefits office, which advised us to enter everything in all capital letters.

An hour later, I thought I could claim victory: All capital letters and a correction to Social Security numbers (I’ve got mine down, but messed up family members’ a few times in the dozens of applications I entered), I made it through to the enrollment period.

Instead browsing plans, though, I knew this time that I had to make a selection right away. If I didn’t successfully enroll, I would likely be back on the phone, listening to classical waltzes while waiting for someone to reenter my application for me. Again.

Comparing plans on the site was difficult. I sorted plans by deductible (almost all had a deductible of $1,000 or more), but key details—like how much a plan would pick up in coinsurance if I went out of network, or how different prescription drugs were covered and at what price—required opening a PDF from the individual insurance companies on each plan. With roughly 20 PDFs opened and several phone calls to discuss pros and cons, I selected our plan and clicked enroll. Three hours after beginning my second attempt, I succeeded, or so I thought. DC Health Link congratulated me on my enrollment and I thought a health insurance card would be making its way to my door soon.

The congratulations from DC Health Link on our new insurance plan. Which would arrive roughly one month later.

Once again, that assumption was incorrect. When we hadn’t gotten any information on our new health insurance plans by February 3, I called our new insurance company and see what was up. They said they had no record of our enrollment.

At this point, I was unsurprised. But I was also starting to get nervous about not having any real health insurance. I called DC Health Link again and explained that I had successfully enrolled according to the exchange website on January 22, but my new insurance company did not have a record of the enrollment. The call center employee said they could not confirm that we enrolled in anything, it was “just one of those website glitches.” She told me to go to the company benefits office and see if they could confirm our enrollment.

Eventually my family got a letter that did confirm our enrollment. While the letter confirmed that we had enrolled in something, it did not explain why our insurance company didn’t know who we were three days into the month our coverage was supposed to start.

At this point I went back to Twitter, this time mentioning @DCHealthLink by name. Within a few minutes, they responded to me directly, which led to an email asking about my difficulties with the exchange. After explaining my saga, I got an answer from an exchange official:

“The process for January Congressional enrollments was always that they weren’t being physically processed until after Jan 31 which is why you haven’t received information from the carrier yet.  I’m sorry if that information was not translated to you well.”

It was not that the information was not translated well. No one had ever told us that our application wouldn’t be processed until sometime in early February.

The Washington Post reported on Thursday that 12,359 representatives and congressional staff members have purchased a plan on DC Health Link, representing 70 percent of the private insurance plans purchased on the exchange. Mila Kofman, the executive director of the DC Health Benefit Exchange Authority, also told the Washington Post that technical problems experienced early on by congressional staff had been ironed out.

That was, obviously, not the case for me. When reached for comment on the problems I had during enrollment, DC Health Exchange public information officer Mahlori Isaacs said they had no comment to provide. So the questions I asked, like why previously filled out applications were not accessible, or whether or not call center employees were able to override the system, or why congressional plans applied for in January were not processed until February, went unanswered.

We finally got our health insurance cards on February 18. Thankfully, none of us needed medical care in the three weeks when we were in health insurance limbo and would’ve had to, in the best case scenario, front money for treatment and then get reimbursed by our insurer once they had a record of our enrollment.

Open enrollment is just months away.  The insurance cards we now have will only be good until the end of this year, when we likely head back to the exchange, and start this process over again.