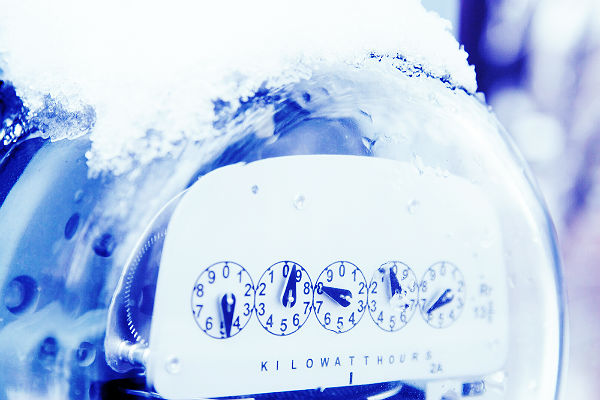 An exceptionally harsh winter has sent natural gas storage plummeting to an 11-year low, prompting concerns that suppliers might not replenish inventories enough before the next cold season. With the 2014 midterm elections approaching, continued low inventories that potentially drive up consumer’s electric bills could create political headaches, particularly for Democrats facing tough reelections.

But thanks to the natural gas boom the country has seen over the past few years, we likely won’t see campaign battles over energy costs. Experts say prices will remain relatively stable, even if underground storage levels are significantly lower than normal. The inventories simply have less of an impact on prices than just a few years ago.

Americans withdrew historic levels of natural gas from storage this winter, consuming nearly 3,000 billion cubic feet to heat their homes, keep the lights on and run factories and businesses as temperatures repeatedly dropped to frigid levels across the country. Prices peaked, more than doubling to above $6 per million British thermal units after staying in the $3 to $4 range for several years. The Energy Information Administration is predicting a record injection season, the period from April through October when more natural gas is put into storage than used. But even if producers add the expected 2,500 billion cubic feet to inventories, the country will still be entering the 2014-2015 winter with the lowest levels since 2008. That amount could dwindle quickly in another colder-than-expected withdrawal season. But investors don’t seem worried.

“Historically, I’m not sure the relationship continues to hold, if only because the amount of production you can get out of the Marcellus is so prolific with so few rigs,” said Mark Hanson, an equity analyst with Morningstar. The northeastern shale formation could hold more than 100 trillion cubic feet of natural gas, according to EIA, and drilling companies have been able to use new types of fracking technologies to make wells there more productive than ever.

Higher prices are already encouraging more production to fill inventories, said Mike Ford, an industry economist with EIA. EIA is predicting an average price of $4.19 per MMBtu through October, an 11 percent increase from the same season last year.

Hanson says as long as the summer is mild—and it is expected to be temperate—the natural gas market will only be “modestly undersupplied” through the end of 2014. Moreover, prices would probably only need to be in the range of $4 to $5 per MMBtu to encourage production in Pennsylvania and West Virginia, he said. Fitch Ratings is also assuming a long-term price of $4.50 per MMBtu, according to a report released last week. Futures markets have natural gas pegged at the $4.40 to $4.50 per MMBtu range during the injection season.

Erica Bowman, vice president and chief economist for the American Natural Gas Alliance, agrees prices will be a bit higher than if this winter had been warmer, but she also thinks they will hover around the $4.25 to $4.50 per MMBtu price point through October. Prices for May delivery increased moderately last week in response to the low inventories, spurring energy companies to start producing the levels needed before November. That increase could make utility companies reconsider which resources they depend on to send electricity to homes and businesses. The EIA is already predicting coal-fired generation will take the place of a small amount of natural gas-fired power, particularly in the Midwest and Southeast.

Overall, the markets don’t appear shaken, even as EIA’s weekly storage updates nose-dive. To be sure, another extremely cold winter could send energy prices skyrocketing. But natural gas trade groups contend this year’s cold season was an outlier.

“The weather event this winter was extraordinary,” said the American Gas Association’s Chris McGill. “We usually see weather events happen…but this year it tended to be distributed very broadly and it stayed that way.”

Even if prices are relatively stable, high natural gas demand tied with low storage can affect regions differently. And that can create potential political dilemmas.

New England—which is exceptionally reliant on natural gas—saw gas prices rise 50 percent in nearly a year, leading senators from the area to ask the federal government to make sure the markets weren’t being manipulated.

New England’s grid operator has already said next winter will be more challenging given plant retirements. The area is looking at coal, oil and nuclear plant retirements totaling 2.6 million megawatt hours—more than the amount of special oil-fired generation the grid operators relied on to make it through this winter.

New England generates more than half of its power from natural gas—compared with 30 percent nationally.  It also lacks pipeline infrastructure and isn’t geologically suited for underground storage.  Power plants without guaranteed delivery were not able to use New England pipelines on the coldest days—creating locational shortages.

New England’s six governors have already suggested an electric surcharge to encourage developers to build more pipelines, but that would raise rates for consumers—a tricky position for policymakers to support.

Still, if not for the shale boom, prices could have fluctuated wildly in the wake of this winter—exacerbating that rift and becoming a potential issue for campaigns as weather cools in the winter of 2014-2015. But for now, the abundance of natural gas imbedded underground is insulating Americans from higher energy bills, and politicians from major headaches.