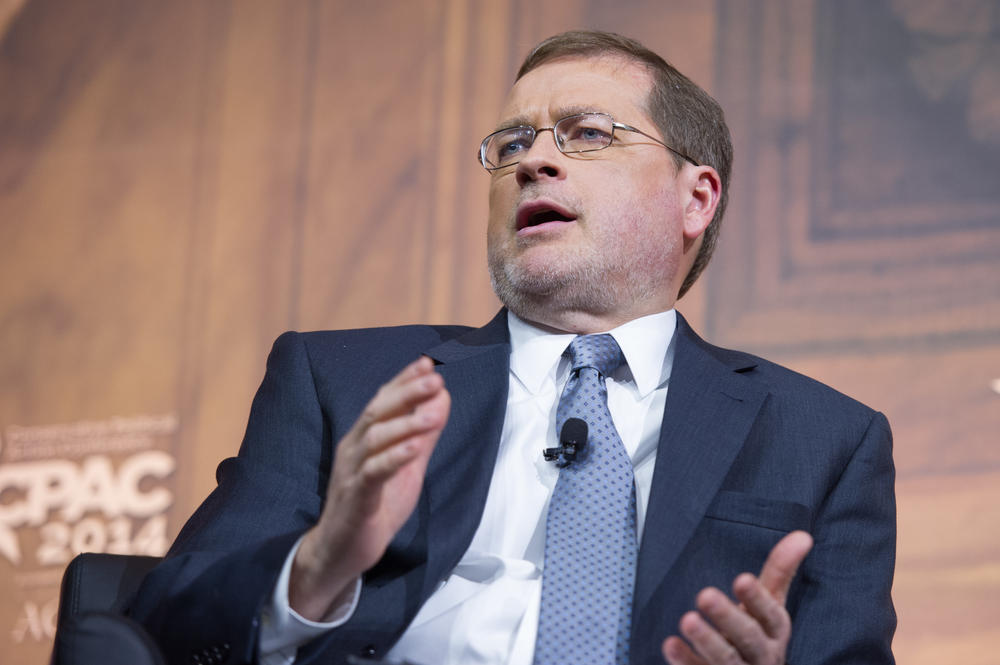 When the 114th Congress is sworn in, Grover Norquist can once again trumpet that a majority of House Republicans have signed his pledge to never raise taxes. But a smaller percentage of the GOP caucus will have signed on the dotted line, suggesting a waning interest among lawmakers to limit their options as tax reform looms on the horizon.

It’ll also be the first time in years that Norquist hasn’t added to his ranks, instead holding steady at 219 signees, the same as in the 113th Congress. That majority represents the slimmest of margins, just one above the 218-threshold needed to pass legislation in the House. Four years ago, Norquist counted 238 signees in the House. In the current Congress, 94 percent of House Republicans have promised, in writing, never to raise taxes. In January, that figure will dip to 90 percent. One reason why Norquist’s share of the pie has declined is because more freshmen are abstaining.

“We were asked to sign that when I was a candidate the first time, and I said absolutely not,” Rep. Ted Yoho (R-Fla.), who was elected in 2012, said in an interview. “I made a pledge to my God, my country and my family. To pledge to somebody that ties your hand as a legislator is wrong.”

Yoho is one of 17 sitting House Republicans who hasn’t signed the pledge; next year there could be as many as 25. When Yoho came to Washington two years ago, he was one of eight GOP freshmen who chose not to follow in the footsteps of hundreds of other Republican lawmakers. And though he said he has no plans to raise taxes, he noted that he would vote for an increase if he thought it was the right decision. In that case, Yoho said, he’ll have to answer to his constituents, not Norquist.

Americans for Tax Reform has been a special interest group to be reckoned with ever since Norquist founded the organization in 1986. Signing the pledge, which also dates back to 1986, is common practice among Republican candidates at all levels of politics — “de rigeur” in the words of the group’s website.

The pledge text has remained the same over the past 28 years: A promise to “one, oppose any and all efforts to increase the marginal income tax rates for individuals and/or businesses; and two, oppose any net reduction or elimination of deductions and credits, unless matched dollar for dollar by further reducing tax rates.”

Norquist said that many of the incoming House members who haven’t signed his pledge were surprise primary winners and they haven’t yet had the opportunity to sign it. He says the document is stronger now than ever, particularly with the prospect of a tax-code overhaul.

“Tax reform can only pass as revenue neutral or with tax cuts,” Norquist said in an interview. “The more people take the pledge, the more likely tax reform is to happen.”

One vital component to any tax legislation is the U.S. Senate, where ATR is expected to increase its base next Congress, even though support within the GOP caucus will still hover around 85 percent. Forty-five of the 53 Republican senators for the 114th Congress have signed on, including all six incoming GOP senators. That compares with 39 out of 45 for the current Congress.

ATR says the pledge is binding, but some prominent lawmakers disagree. Sens. Lindsey Graham of South Carolina, Saxby Chambliss of Georgia and Mike Crapo of Idaho have all distanced themselves from the commitment they made years ago.

Still, Norquist allies hold a majority of House seats, which is important from a legislative standpoint since all revenue-raising bills must originate in the chamber. That means House lawmakers will have the first crack at any tax-overhaul measures.

However, some tax experts see the pledge as a hindrance to solving the country’s fiscal problems.

“We are in a situation now where we spend more money than we take in,” Elaine Maag, a senior research associate at the Tax Policy Center, said in an interview. “So when we say we will resolve to not consider raising taxes, that seems irresponsible.”

Maag said that from a campaigning perspective, pledging to not raise taxes is something that many voters want to hear. People are not going to want their taxes to go up without a good reason, she said. “I think people would be less likely to be anti-tax if they understood how tax money was used,” Maag added.

Still, the anti-tax stance appears to resonate outside the Beltway and at the state level. A record high 14 governors who have signed the pledge will occupy state mansions next year.

GOP presidential hopefuls are also no strangers to the pledge. In 2012, all major Republican candidates, with the exception of Jon Huntsman, signed it. For the 2016 field, potential candidates such as Jeb Bush and Chris Christie have not signed the pledge, while Sens. Rand Paul of Kentucky and Ted Cruz of Texas have.

“We’ll ask everyone to sign the pledge as a presidential candidate,” Norquist said.