How Wikimedia Aims to Break the NSA’s Black Box Defense 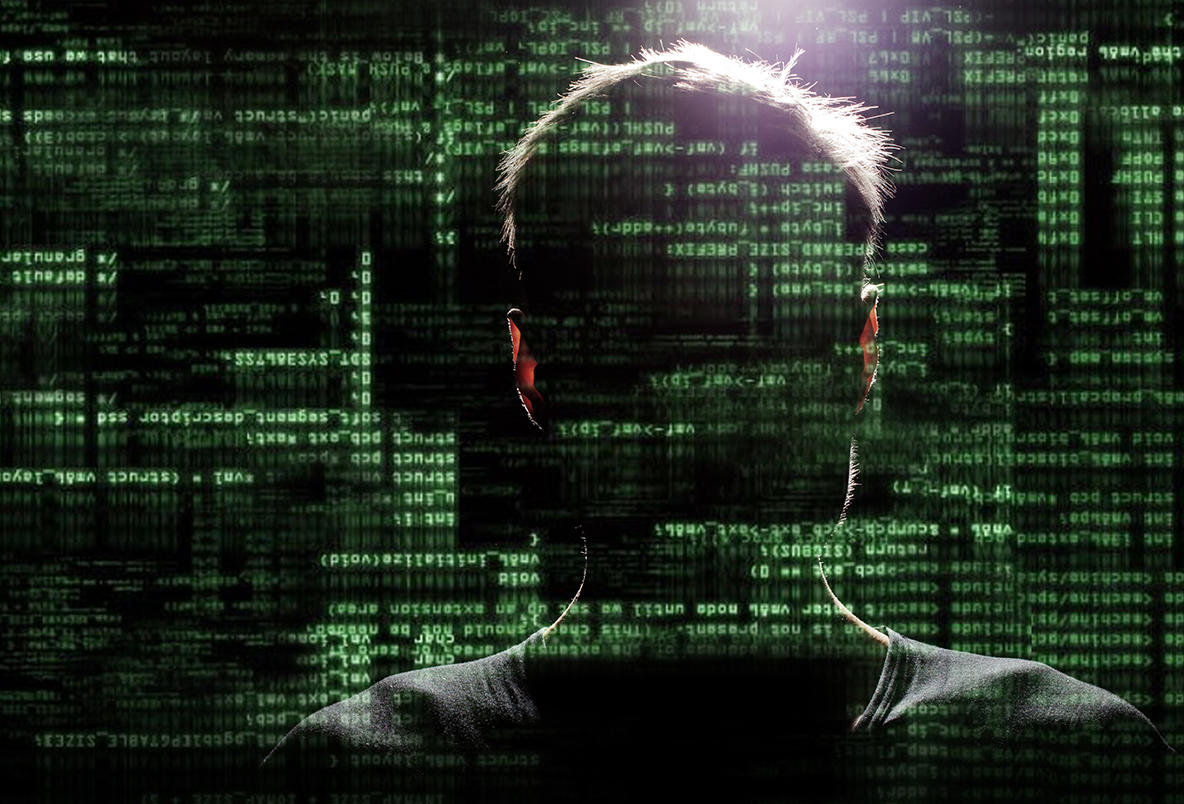 In Room 641A, 611 Folsom St., San Francisco, there is – or was – a cabinet. In that cabinet, there are – or were – a number of fiber optic cables. This much is known. But there is a good deal the public doesn’t know about the National Security Agency program that was reportedly housed in that room and others like it.

Revelations of mass NSA snooping out of facilities like the one in San Francisco led to a string of largely failed lawsuits against so-called upstream surveillance, a set of top secret government programs that tap into the cables carrying internet communications overseas. The cases faltered on standing – the government couldn’t allow arguments against a program it didn’t officially acknowledge. Concrete evidence was hard to come by.

But Wikimedia, the parent organization of Wikipedia, becomes the latest plaintiff to challenge the NSA, and it carries into the courtroom a strategic advantage the others did not – the leaks of former NSA contractor Edward Snowden.

Still, the challenge that proved insurmountable in previous cases hangs heavy over Wikimedia: proving injury from classified surveillance programs that the government only acknowledges in broad strokes. In February, a federal judge in the Northern District of California dismissed a Fourth Amendment lawsuit built around Room 641A on the grounds that it “could not proceed without risking exceptionally grave damage to national security.”

The massive trove of internal documents revealed by Edward Snowden in June 2013 brought the NSA’s surveillance program into much greater focus. As the American Civil Liberties Union shepherds Wikimedia v. NSA through the courts, it believes that clarity will finally help it score an elusive legal victory against the agency.

“Prior to the Snowden revelations and the official government acknowledgment about upstream, the public didn’t know upstream surveillance even existed,” said Ashley Gorski, an ACLU legal fellow who is working on the Wikimedia case.

Previous lawsuits have focused on constitutional privacy rights when challenging upstream surveillance. Past plaintiffs, such as the digital rights group Electronic Frontier Foundation, have scored some victories over the NSA, securing significant documents for the public record. And while they’ve come close, no plaintiffs have successfully put the agency’s surveillance programs to a test of constitutional legality.

“The NSA’s upstream collection program poses major problems for Americans’ privacy rights,” Sen. Ron Wyden (D-Ore.), a member of the Senate Intelligence Committee, said last week in an email statement to Morning Consult. “Despite the fact the Foreign Intelligence Surveillance Court ruled four years ago that the NSA was circumventing the spirit of the law and collecting tens of thousands of Americans’ domestic communications without warrants, these practices still have not been reformed.”

In its defense, the NSA has pointed to a provision in the Foreign Intelligence Surveillance Act passed by Congress in 2008 that allows “the targeting of persons reasonably believed to be located outside the United States to acquire foreign intelligence information.

The NSA did not respond to a request for comment.

“This program is squarely inside the zone of what Congress contemplated,” said Paul Rosenzweig, a deputy assistant secretary of homeland security from 2005 to 2009 who is now a visiting fellow at the Heritage Foundation. “The Fourth Amendment test is always at bottom one of reasonableness, and Congress’s determination of that is going to have a lot of weight.”

The “upstream” suits have come up against the issue of standing – proof of concrete injury at the hands of the defendant. This has been tricky to establish.

The Wikimedia v. NSA complaint, filed last week in the District Court of Maryland, is the first to have the Snowden revelations squarely in its rear view, offering it a level of clarity and detail the previous cases lacked. For instance, Jewel v. NSA, the class-action lawsuit centered on Room 641A that alleged constitutional injury from broad-based surveillance of AT&T customers, was filed in 2008 – years before the wellspring of documents exploded into the public domain in 2013.

“What really makes the difference in the standing equation is the fact of the Snowden disclosures and official government disclosures of how upstream operates,” Gorski said in an interview last week.

The ACLU faces a problematic body of case law from previous suits that have failed on the standing argument. In a previous case litigated by the ACLU, Amnesty v. Clapper, the Supreme Court in 2013 rejected the complaint in a 5-4 decision because the plaintiffs’ injury was not “concrete, particularize, and actual or imminent.”

“On the standing issues, Clapper is the law of the land,” Rosenzweig said in an interview. He added that unless the decision is revised, Wikimedia’s legal fate is likely to be determined by the precedent established in the Clapper case.

But Gorski said the ACLU plans to leverage the Snowden revelations to establish the crucial standing element missing from earlier suits.

Some national security legal experts say that could work.

“We now know that the Supreme Court was fundamentally misled about how NSA surveillance works in the facts of the Clapper case,” said Julian Sanchez, a senior fellow at the Cato Institute. He said that the understanding of “upstream” surveillance as a broad program that collects the majority of overseas communication, rather than a narrow targeted search, might lead the court to revisit the Clapper standard.

But until that happens, Wikimedia and its co-plaintiffs have a heavy legal burden to carry.

“You’re speculating not just that surveillance causes harm but that your communications were surveilled,” said Dinah PoKempner, general counsel for Human Rights Watch, a plaintiff in both Amnesty and now in Wikimedia. “And although we felt pretty certain that our communications were the type that would be surveilled, it was different to show that.”

Before Snowden there was Mark Klein. In 2006, Klein carried away from a 22-year tenure at AT&T a series of documents describing a procedure to split the bundles of fiber optic cables that carry the company’s web traffic.

Klein said in court testimony that the NSA was splitting cables in AT&T’s Folsom Street facility and routing them through Room 641A, where the agency copied electronic communications en masse.

The EFF built a case on Klein’s testimony, alleging AT&T had violated its customers’ constitutional protections by participating in NSA surveillance. That suit faltered after Congress in 2008 granted retroactive immunity to telecom companies that had participated in the intelligence gathering, but the EFF picked up the same legal argument in Jewel v. NSA when it named the NSA director and other intelligence officials as defendants.

Ultimately, the EFF had a dim view of what was going on inside Room 641A – Klein had been inside it only once, and much of what he knew came from conversations with coworkers referred to in court only by pseudonyms.

“Klein can only speculate about what data were actually processed and by whom in the secure room and how and for what purpose, as he was never involved in its operation,” White wrote.

The Snowden documents were revealed while Jewel v. NSA was in progress. But even with the insight they may have granted to the plaintiffs on upstream surveillance, White determined “the Plaintiffs’ version of the significant operational details of the upstream collection process is substantially inaccurate.”

“The judge felt it wasn’t sufficient,” said Andrew Crocker, an EFF legal fellow who worked on that suit. “I guess you could say it was helpful. We certainly thought it was enough.”

The ACLU nevertheless is resting its hat on the Snowden documents – including a slide in a top secret presentation listing tech companies that could be monitored by intercepting electronic communications. The group argues that the nature of “dragnet surveillance” is such that the plaintiffs are necessarily being spied on.

Provided that Wikimedia can establish standing where others have failed, the dismissal order in Jewel v. NSA still establishes vexing legal precedent for Wikimedia.

“Even if plaintiffs could establish standing, a potential Fourth Amendment Claim would have to be dismissed on the basis that any possible defenses would require impermissible disclosure of state secret information,” White wrote.

EFF’s Crocker said he reads that as a broad invocation of the state secrets privilege, which protects damaging classified information from landing in court.

“The government might have a defense that would be precluded by the state secrets privilege,” he said. He added that it offered the NSA “levels of insulation from actual judicial review” and precludes the judge “from getting to whether the Fourth Amendment is violated or not.”

James Bamford, an author of three books about the NSA who has interviewed Snowden in Moscow, said plaintiffs always face an uphill battle in these cases.

“The government has always got the last card up its sleeve,” Bamford said. “That last card is just using the state secrets privilege – and that’s almost impossible to override.”

Bamford, who has won settlements out of court from the NSA, likened the ACLU and EFF’s battles against the agency to tilting at windmills, and he’s uncertain about Wikimedia’s chances. But he said each progressive lawsuit gets a bit closer to breaking through the many barriers to a legal victory over the agency that would impose restrictions on the NSA’s surveillance.