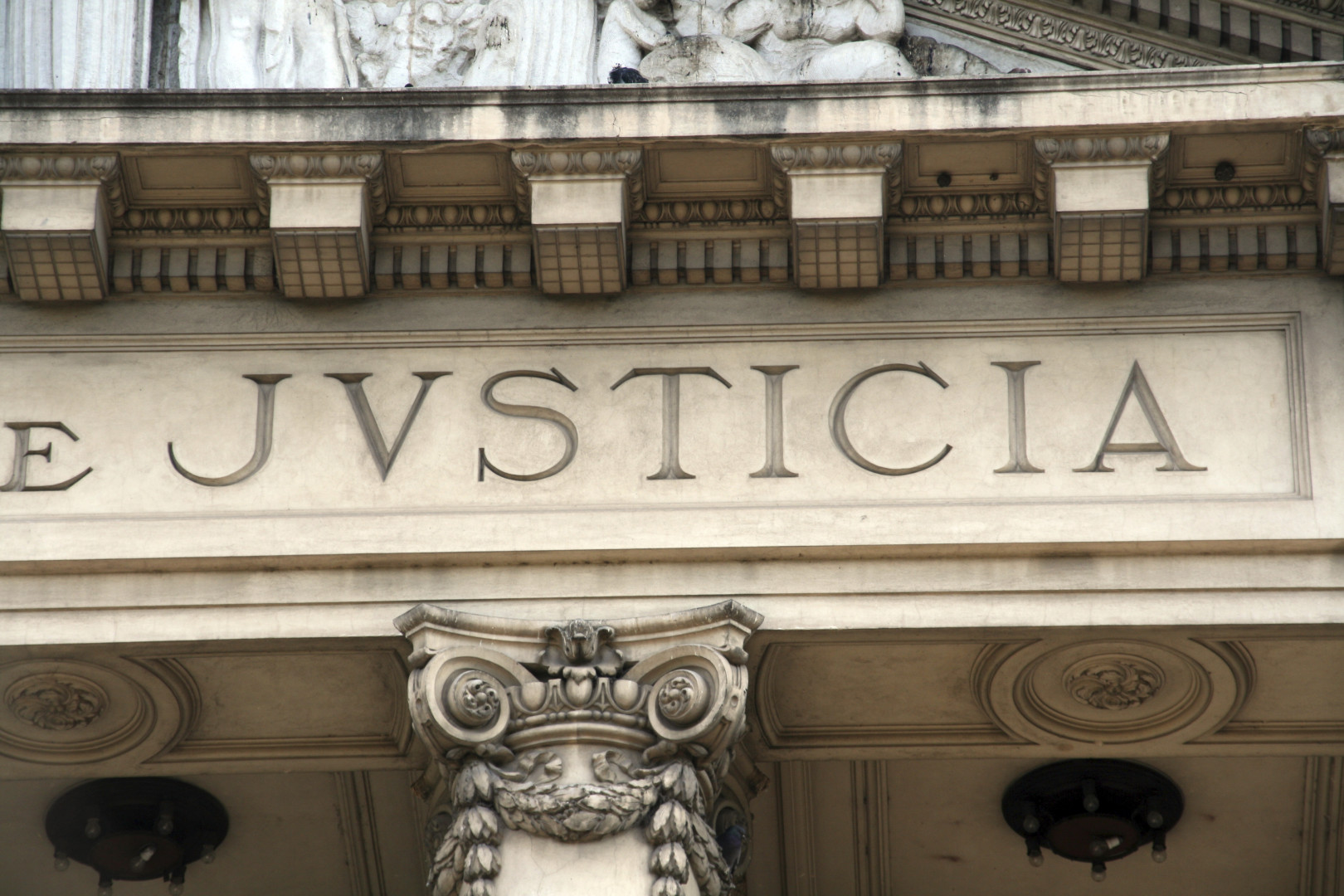 By Will Dobbs-Allsopp
This article is the second in a three-part series about the legal arrangements federal prosecutors reach with financial firms in lieu of criminal prosecution. Read part one here.

In the wake of 2008’s financial crisis, the responsible institutions have atoned for their sins mostly by paying hefty federal fines – to date, very few individuals have gone to prison.

That may be in part because federal prosecutors have tended in recent years to enter into deferred and non-prosecution agreements, which trade a trial for fines and corporate promises of reform.

While some criticize the government’s use of these legal arrangements, the jury is still out about whether criminally convicting corporations is a more desirable alternative.

“It’s one thing to go after a white-collar criminal, an individual who has done something wrong,” said Michael Diamant, a partner at the law firm Gibson, Dunn & Crutcher LLP who helps write semi-annual reports on these types of legal arrangements. “But when you’re hitting a corporation, you’re effectively punishing a lot of people—the vast majority of whom have done nothing wrong.”

Observers like Diamant have cautioned that there is a limit to how much federal authorities can punish corporations without eventually harming innocents, be they employees, shareholders or members of the larger financial community. For many, the issue conjures memories of the fallout from the collapse of Enron Corp. and its auditor Arthur Andersen – at the time, one of the largest accounting firms in the world – in the early 2000s.

More than 20,000 Enron employees and nearly 85,000 Arthur Andersen workers lost their jobs as a result of the scandal. Enron staff lost more than $2 billion in pension plans that were heavily invested in the company’s stock, which hit a record high of $90 a share in 2000 before plummeting to below $1 a share when the company filed for bankruptcy a year later.

“Punishing the corporation in and of itself is a tricky thing, and should give people pause,” Diamant said.

Firms are likewise reluctant to move forward with any admission of guilt, especially in the banking world. By entering into a deferred prosecution agreement, or DPA, and often avoiding a guilty plea, firms avoid all kinds of automatic regulatory sanctions that could prove disastrous from a market perspective, according to Amit Narang, a regulatory policy expert at the Washington-based consumer advocacy group Public Citizen.

Sometimes, he said, banks that plead guilty to or are convicted of a crime automatically trigger charter revocation hearings at the Office of the Comptroller of the Currency. The mere fact that a hearing is scheduled can be enough to send a shock through financial markets, potentially costing shareholders and, if the firm is big enough, causing wider turmoil—a fear that Narang suspects prevents some prosecutors from going to trial.

And while U.S. Attorney General Eric Holder said in May that “there is no such thing as too big to jail,” Narang doesn’t buy it.

“Nobody wants to admit that too big to jail actually exists,” Narang said.

“Nobody wants to admit that too big to jail actually exists” – Amit Narang, Public Citizen

John Hanson, who monitors deferred and non-prosecution agreements as executive director of Artifice Forensic Financial Services LLC, is in the camp that believes criminal prosecutions shouldn’t be pursued without considering the repercussions that a conviction might bring.

“You’d have thousands of people out of jobs, thousands of shareholders and retirement savers being affected who had nothing to do with what this small group of people did,” Hanson said in an interview. “So what’s real justice here?”

It is partly for this reason that Jed Rakoff, a U.S. district judge for the southern district of New York who has written previously about this issue, said he does not believe corporate criminal liability makes a whole lot of sense to begin with. He said he would prefer prosecutors focus their attention on the individuals who perpetrated the crime.

“When all is said and done, it’s human beings who commit crimes,” Rakoff said in an interview. “And so if a company has committed a crime it’s because there are individuals within the company who have committed a crime.”

The prospect of serving a prison sentence is a far stronger deterrent for individuals than the prospect of a DPA is for a corporation, he said, and companies just consider any ensuing fines as “the cost of doing business.”

But Rakoff’s larger critique of DPAs is that the practice assumes corporate culture is something prosecutors can change.

“Corporate culture is a very loose concept,” he said. “The studies of corporate culture are much softer than they suggest. For many companies the culture can change overnight when a new CEO comes in with a different point of view.”

Only in the last 30 years or so have federal prosecutors engaged in the broader pursuit of seeking criminal convictions of companies, he said. “This emphasis on going after companies as opposed to individuals is of relatively recent vintage.”

But in theory, deferred and non-prosecution agreements should aid efforts to hold individuals accountable because they provide prosecutors with a wealth of information, according to University of Virginia law professor Brandon Garrett.

“That’s a remarkable tool, to be able to have the company’s cooperation in providing the documents, the emails, the results of their internal investigation,” Garrett said in an interview. “Having the company’s investigation can be invaluable if your goal is to prosecute individuals.”

While prosecutors who enter into DPAs with companies usually reserve the right to prosecute individuals, Garrett said that in practice they often choose not to. He authored a recent study that found only a third of DPAs or NPAs were supplemented by charges against individuals, and less than half of those cases resulted in jail time. Rarely were high-level executives prosecuted.

“One would think that with the company’s cooperation, much more of the time individuals could get charged,” he said.

For some lawmakers on Capitol Hill, the lack of individuals facing criminal prosecution is unacceptable.

“The largest financial institutions in this country, they get caught laundering drug money, they get caught violating sanctions and trading with terrorist nations, and every one of their executives goes home and sleeps in his own bed at night,” Sen. Elizabeth Warren (D-Mass.) said last week at a news conference in Washington. “Their executives get caught and what happens? Nobody gets charged, no individual. In fact, in many cases they get bonuses. That is fundamentally wrong.”

But some lawyers say that prosecuting corporate executives is easier said than done.

“The potential criminal charges almost always involve something along the lines of wire fraud, bank fraud or securities fraud,” said Stuart Berman, a lawyer at the Washington law firm London & Mead who spent 28 years with the Justice Department. “In all of those federal fraud offenses you have to prove not just what happened but the intent with which it was done. You have to prove not just that a transaction took place but that the transaction was conducted with the intent to defraud.”

That can prove challenging, especially when taking into consideration the financial resources bank executives have at their disposal.

“Let’s say we go indict these two executives,” Berman said. “They’re going to be represented by absolute top-tier counsel. There’s going to be expensive motions practiced. It’s going to be a long trial. It’s going to take years to resolve. There is an issue that arises internally: How do we deploy our resources to get the maximum possible recovery for the public?”

Berman pointed to a criminal case that prosecutors brought against two hedge fund managers early in the 2008 financial crisis as an example of how difficult it can be to win a conviction at trial.

U.S. attorneys charged Bear Stearns hedge fund managers Ralph R. Cioffi and Matthew M. Tannin with lying to investors when funds they oversaw lost $1.6 billion in 2007. The prosecutors had obtained email messages between the two managers that they thought proved the defendants knew the fund investments were turning sour. Ultimately, a jury acquitted Cioffi and Tannin on nine counts of securities fraud, wire fraud and conspiracy, demonstrating to prosecutors how difficult it can be to prove guilt beyond a reasonable doubt in financial cases.

The prospect of trial only gets more complicated when it comes to large multinational corporations, Diamant said. “Just as a practical matter, obtaining evidence from a non-U.S. jurisdiction is challenging for U.S. authorities.”

Rakoff said that corporate lawyers are well aware of the challenges facing prosecutors.

“What often happens is the prosecutor will get a hint that there has been some criminal misconduct, he will call in the lawyer for the company,” he said. “The lawyer from the company will say, ‘Look we agree this is a problem. Let us do our own investigation. We’ll hire a well-known former prosecutor who will undertake a full investigation and report back to you.’”

“It’s very tempting for the prosecutor to accept that because these are time-consuming, complicated investigations,” he added.

While observers like Garrett have advocated for judicial or legislative reforms to make deferred or non-prosecution agreements more effective, the continued use of those legal tools is largely in the hands of federal prosecutors.

“It certainly does take more resources to build individual investigations, so I think it’s been a matter of priorities,” Garrett said. “Any time you’re talking about prosecutorial discretion it’s really hard to address perceived problems aside from just sort of encouraging prosecutors to change their priorities.”

“It’s definitely primarily a question of the DOJ policy,” he said. “It’s a policy that is set at the highest levels.”

Part three of this series, to be published tomorrow, will examine how compliance reforms targeted in deferred and non-prosecution agreements affect corporate recidivism.