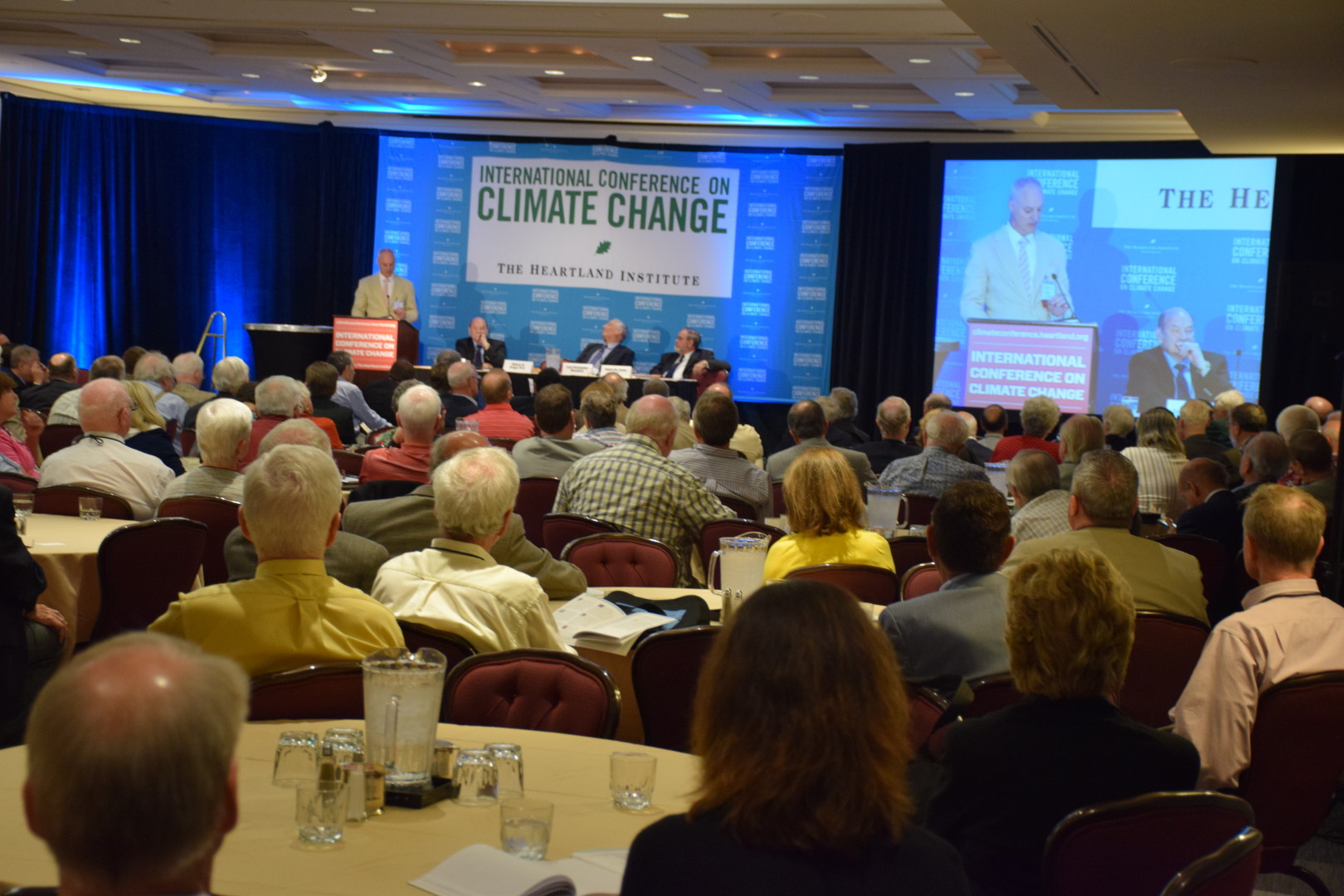 One for Facebook, Twitter, YouTube, “Yahoo news and every other news site,” and definitely Wikipedia. “Oh lord do we need a team for Wikipedia,” he said.

The event drew participants from all over the country, who came to hear some of the world’s most vocal climate change skeptics, like Sen. James Inhofe (R–Okla.), who earlier this year threw a snowball on the Senate floor as a rebuke to climate hawks. Christopher Monckton, an animated Brit and one of the world’s most prominent critics of climate science, also attended.

“We want to create a social movement and a greater culture in which you have the scientific justification to say ‘I don’t believe in man-caused global warming because the data doesn’t back it up,” said Jim Lakely, director of communications at the Heartland Institute, which hosted the two-day event. “The goal is to create a network of skeptic scientists so they can work together and feed off each other.”

Coleman said the movement needs a “genius” to figure out how to break through to those born in the 1990s and early 2000s. He asked the Heartland Institute and other trailblazers in the fight to lead that charge, because “they’re not going to listen to an 80-year-old, gray-headed has-been.”

When a moderator asked for a roll call of millennials in attendance, it seemed just one person raised their hand.

But that’s a tall task. Morning Consult polling suggests younger voters see climate change as more important than any other age group. In a survey conducted in May, 73 percent of 18 to 29 year olds said climate change was an important issue when deciding who to vote for in the 2016 presidential elections.

Likewise, a poll from 2014 shows that millennials were the age group most likely to agree with this statement: “Climate change is caused mostly by humans burning fossil fuels.”

Alex Epstein, author of the Moral Case for Fossil Fuels, thinks there’s a better framework. “Skeptics say climate change isn’t as bad as you think it is, but they don’t offer an ideal of their own,” he said in an interview. “That is the equivalent of having a discussion about vaccines and only talking about the side effects, not the benefits.”

Epstein prefers a humanist perspective that emphasizes the benefits of global warming for human life. The benefits of a high-energy society, he said, far outweigh any potential impacts of climate change.