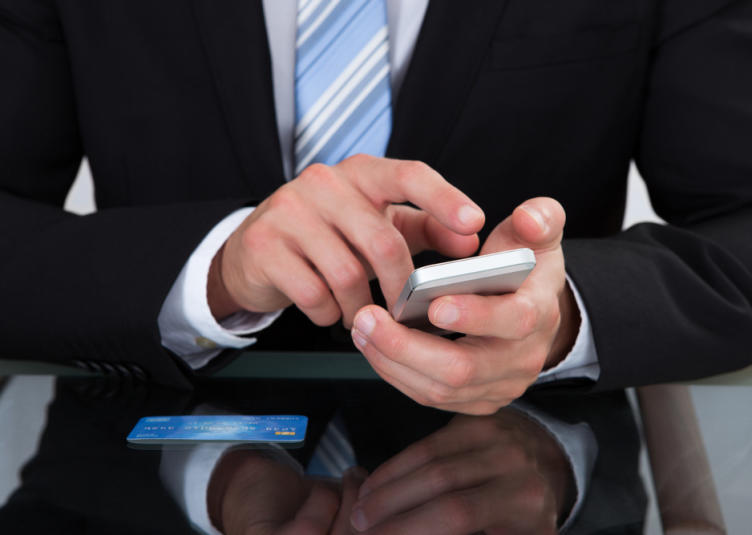 Consumers have been quick to embrace mobile technology. Banks, less so.

But with the mobile payment industry accounting for more than $50 billion in annual transactions, and with tech giants introducing mobile wallet programs, traditional banks are slowly moving into the world of mobile banking.

Mobile payment services like PayPal and Venmo that operate as third-party platforms for person-to-person transactions have been the dominant players in the nascent mobile banking industry. Banks, on the other hand, have been reticent to compete, in large part because they’re subject to more federal regulations, which makes them tread lightly over compliance concerns like identity theft and fair lending.

Now, with Google, Apple, Amazon, and others growing their own mobile payment systems, banks are concerned about losing their customers who may choose to maintain balances on their mobile apps rather than in their bank accounts.

Shapiro spoke Tuesday on a panel alongside other mobile banking and payments experts at the American Bankers Association Regulatory Compliance Conference in Washington. The panelists, representing a range of financial services and tech companies, agreed that while compliance with regulatory standards is vital, it cannot be an excuse for banks to avoid innovating in areas like mobile.

Erin Fonté, a banking compliance attorney at Dykema Cox Smith in Austin, Texas, cautioned that it was still “very early” in the industry’s transition to mobile banking.

“It’s kind of the Wild West for innovation,” she said in an interview at the ABA conference. “Banks are starting to invest in innovation, acquiring technology companies. There’s going to be some shake-out.”

As evidence of the changing banking landscape, Goldman Sachs announced on Monday that it would start offering consumer loans online, a rare foray into consumer lending for the Wall Street firm.

Fonté said that “Goldman is looking at its future and saying that it doesn’t make sense to be siloed.”

JPMorgan Chase & Co. has a similar view of what’s to come. Last year, Chief Executive Officer Jamie Dimon said that he expected stiff competition over payments from “Google and Facebook and somebody else.”

While mobile banking poses issues for banks with regard to fraud prevention and identity verification, it also presents new revenue streams in the form of unbanked customers.

The FDIC comment period for the rule has ended, but a final rule has not has been issued.

While advocacy groups such as the National Community Reinvestment Coalition have lauded the benefits of mobile banking for underserved communities, they’re also concerned that counting mobile banking services in CRA assessments will diminish the presence of brick-and-mortar banks in low-income communities.

“Bank branches continue to play a very important role, especially in low- and moderate-income communities and communities of color,” the NCRC wrote to the FDIC last year.

The group cited a 2013 study from the Pew Research Center that showed about 33 percent of households earning less than $20,000 a year don’t use the internet, and fewer than half of those earning less than $50,000 have a smartphone.

“There’s a lot of discretion on the part of the regulators to look at mobile banking as part of CRA requirements,” Fonté said. “You definitely need front-line people doing customer service. You can’t just have an online help address.”

However, with fewer customers using bank branches, Fonté said banks would have to curtail their branch footprints and form partnerships with third parties to create flexible and innovative approaches to mobile banking and payment systems.

Regulators also need to be flexible with regard to new banking services, said Brad Hanson, president of MetaBank, based in Sioux Falls, South Dakota, that has a line of retail prepaid cards.

“We don’t want to stifle innovation through regulation,” Hanson said.

But instead of competing with each other, Fonté said, traditional banks and newer tech companies will need to adapt to a new system of mobile banking.