Why the FEC’s Deadlock Won’t Change Any Time Soon 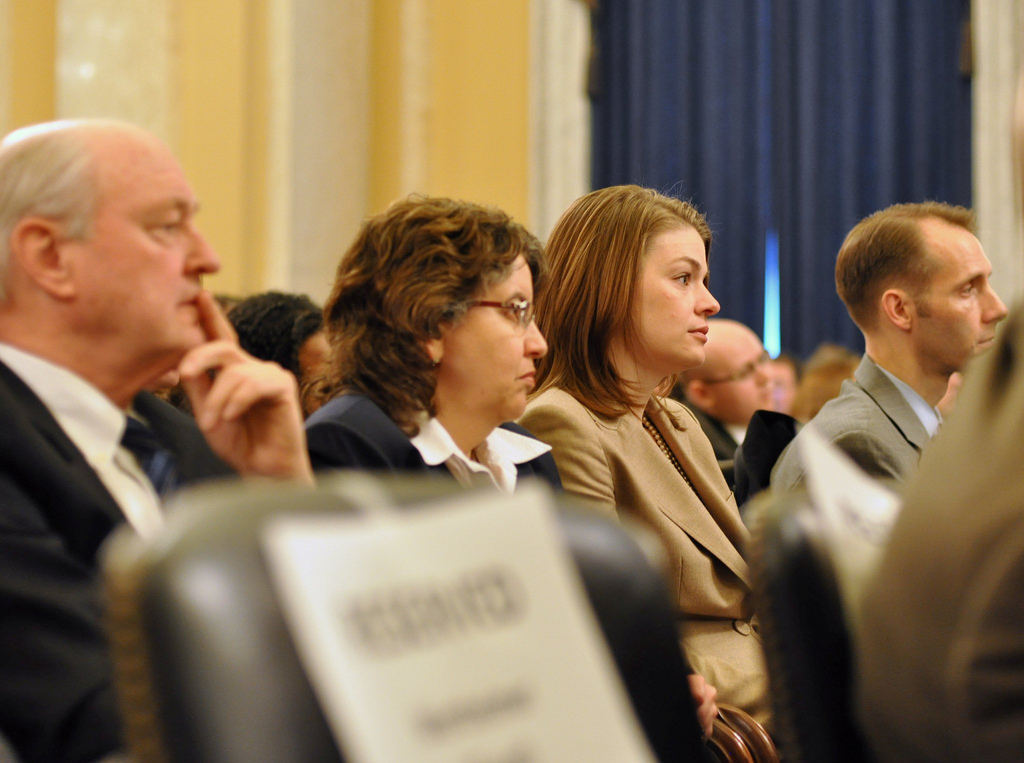 The nation’s top political watchdog is so thoroughly mired in a toxic partisan gridlock that the members themselves can barely contain their disdain for each other. But there is no sign of a wholesale change at the Federal Election Commission for what might seem like a bizarre reason: There aren’t enough qualified lawyers in Washington.

Five of the six FEC commissioners are currently serving beyond the expiration of their terms; only chairwoman Ann Ravel’s term has yet to expire. But there is little interest from either Democrats or Republicans on Capitol Hill in finding a new slate of members, one that could perhaps get along better than the current set.

“The election law bar remains quite small,” said Marc Elias, a Democratic election law specialist currently serving as chief counsel to Hillary Clinton’s presidential campaign. “There are a limited number of people with the requisite experience to fill the positions.”

Dan Backer, a Republican campaign finance lawyer who has argued frequently before the FEC, traces the problem back to a series of court cases that culminated in the Supreme Court’s 2010 Citizens United decision.

Prior to those rulings, there were only a few places to practice election law, usually just at one of the national parties or a couple relevant House and Senate committees. But when the legal door opened to super PACs, everything changed. Suddenly there were any number of well-paying campaign finance jobs, but only a few attorneys with decades of experience practicing election law.

The result, Backer says, is a generational gap with its roots in a mismatch of supply and demand.

For the most experienced lawyers in the field, business is good and moving to the federal government is a tough sell.

“If you’re actually knowledgeable and qualified, you take a huge hit by joining the government,” said Donald McGahn, a former chairman of the FEC.

McGahn, a Republican, explained that it isn’t just about the pay cut. Building a client base in election law takes time because once politicians find competent legal counsel, they tend to stick with that attorney every cycle. That makes keeping business relatively easy, but breaking into the industry hard.

By joining the FEC, an election lawyer would lose clients they had spent years to sign on. And members of Congress, who need compliance help in every election, are hardly going to wait around for even a well-regarded election specialist to finish a stint at the FEC.

“They have to take someone to the prom,” McGahn concluded.

“There’s not really people filling this middle rung,” Backer said. “You want people who have had 10, 15, 20 years of experience — in this field, there’s just not those people right now.”

The fact that both parties are content with their current representation doesn’t add any urgency to bring change to the FEC. The panel’s three-Democrat, three-Republican makeup needs four votes to do anything, a recipe for gridlock.

That makes the prospects of Congress and the White House proposing new commissioners unlikely. Backer, Elias and McGahn all agree, it will take a commissioner deciding to leave of their own accord for any new blood to make their way onto the FEC.

The White House did not respond to requests for a comment.

The poor relations between commissioners, and the FEC’s deadlock, have decimated morale at the agency.

“At the end of the day, the culture of an agency matters,” said Paul Ryan, senior counsel at the Campaign Legal Center, in an interview. “The personalities and the politics of the individuals who are appointed to agencies matter.”