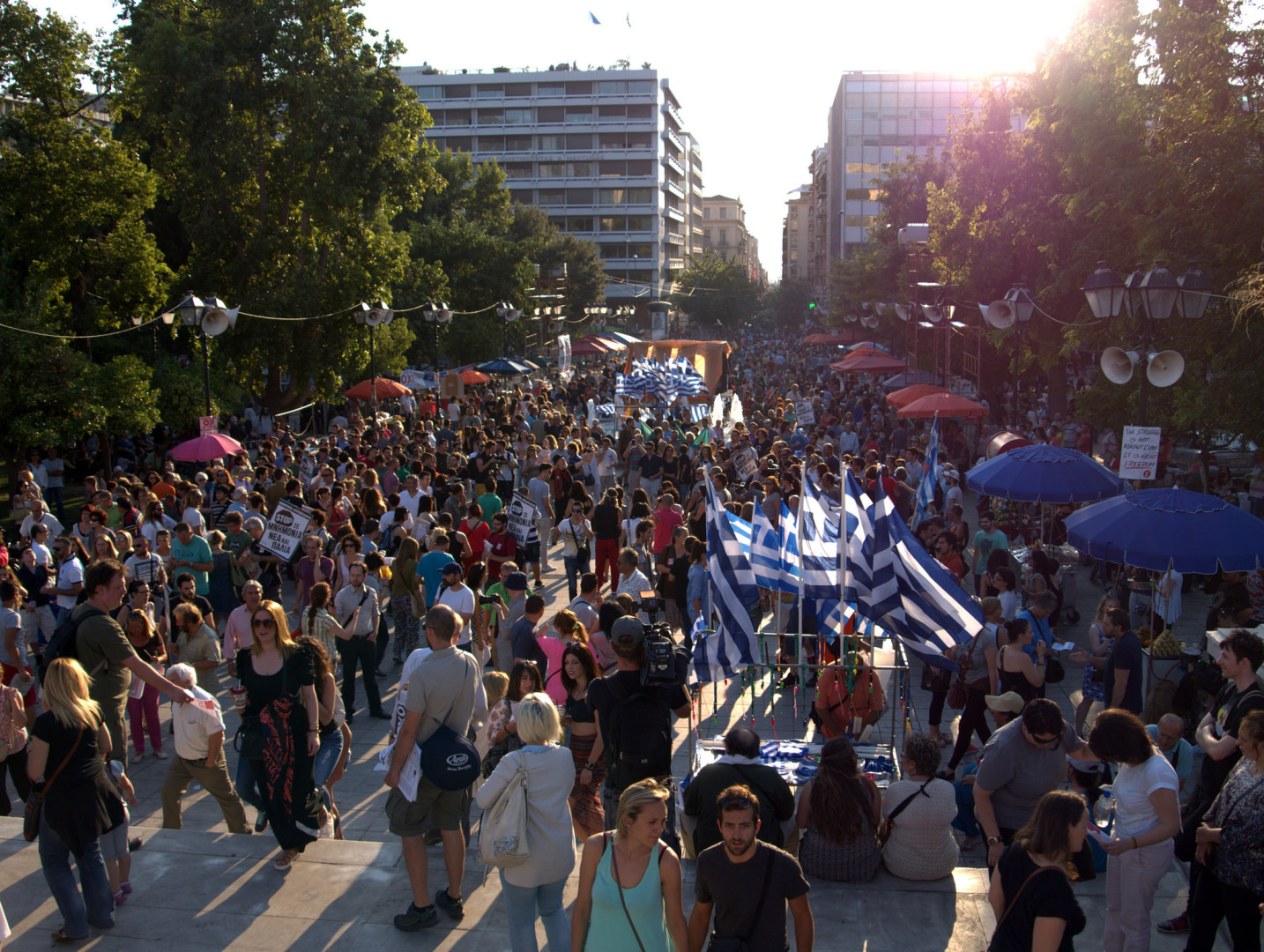 As global financial markets and policymakers fret over the possible Greek default on its debt and subsequent exit from the euro zone, the U.S. Congress finds itself in the position of observer rather than participant.

While Congress has previously used contributions to the International Monetary Fund to support floundering economies in financial peril – last year it provided $3 billion in loan guarantees to Ukraine as part of a larger IMF loan package that totaled $17 billion – the political will just isn’t there for Greece, according to some experts.

“It’s unlikely you’d see anything in the House—the Tea Party-tinged caucus would go ballistic,” said Mark Calabria, director of financial regulation studies at the Cato Institute. “The relevant chairmen are not friends of the IMF. You could certainly have seen in other circumstances U.S. contributions to the IMF being upped, but not with this Congress.

The U.S. government’s direct exposure to the crisis does not go much beyond its share of the $24 billion IMF loan to Greece that’s in arrears. With GOP majorities in each chamber, increased contributions to the IMF are doubtful.

House Financial Services Committee Chairman Jeb Hensarling (R-Texas) has said in the past that he opposes using U.S. contributions to the IMF to “bail out other countries.”

Beyond the federal government’s exposure, U.S. hedge funds with holdings in Greece are particularly concerned with the possibility of a Greek default, a move that would result in significant losses. But that’s unlikely to spur any lawmakers to take action.

“I don’t think anyone wants to go and rescue hedge funds,” Calabria said Monday in an interview.

The White House on Monday urged Greece and its creditors to continue working toward a resolution to the crisis. “It’s in their collective interest for these differences to be resolved,” said Press Secretary Josh Earnest.

Even if President Obama wanted to ask Congress for more money to help Greece, history is not on his side.

During the Asian financial crisis in 1998, President Bill Clinton asked Congress for an $18 billion increase in U.S. funding for the IMF, a request that was rebuffed by the GOP majority on Capitol Hill. The IMF, the World Bank, and individual countries through bilateral agreements ultimately loaned hundreds of billions of dollars to affected countries during the crisis.

The amount of outstanding Greek debt is about $330 billion.

However, the duration of financial instability in Greece also means there is unlikely to be much sympathy on the part of lawmakers or taxpayers for businesses with stranded investments there, according to Michael Madowitz, an economist at the Center for American Progress.

“If people were being responsible with their investments then they shouldn’t be too exposed to Greece leaving the euro zone—they’ve had years to prepare for this,” Madowitz said Monday.

The Greek government, led by Prime Minister Alexis Tsipras, held a referendum Sunday on the whether the country should accept bailout terms set by European creditors. More than 60 percent of voters rejected the referendum.

Sen. Bernie Sanders (I-Vt.), who’s running for president as a Democrat, was one of the few U.S. politicians to publicly applaud the results of the Greek referendum. “I applaud the people of Greece for saying ‘no’ to more austerity for the poor, the children, the sick and the elderly,” he said in a statement on his website.

Republican presidential candidates, including Louisiana Gov. Bobby Jindal, Sen. Lindsey Graham (S.C.) and Donald Trump warned that the U.S.’s own debt issues could make it vulnerable to the same problems that have befallen Greece.

The Greek debt crisis is most likely to affect the U.S. economy by suppressing demand for U.S. exports in Europe. The continued slide in the value of the euro has made U.S. exports more expensive. A year ago, the euro-dollar exchange rate was 1.36, compared with 1.11 on Monday.

Additionally, the possibility of another recession in the European Union could have a significant impact on U.S. exporters. The 28-nation EU is the second-largest purchaser of U.S. exports.

“Europe and America would be harmed by the ripple effects of Greece’s economic catastrophe, with interest rates rising for the weaker European nations and stock markets falling across the world,” Douglas Elliott, a fellow in Economic Studies at the Brookings Institution, wrote last week on the think tank’s website.

That potential spillover effect is already weighing on U.S. monetary policy. Weak demand for U.S. exports in a key market could delay the Federal Reserve’s expected hike in interest rates.

“You’re certainly going to see exporters banging on the Fed’s door telling them not to raise interest rates,” Calabria said.

For now, though, U.S. lawmakers are taking a wait-and-see approach, while continuing to support rapprochement between Greece and its European creditors to stave off an exit from the euro zone.

“There’s a feeling on the part of congressional Republicans that the United States is already more involved in this than they should be,” Calabria said.