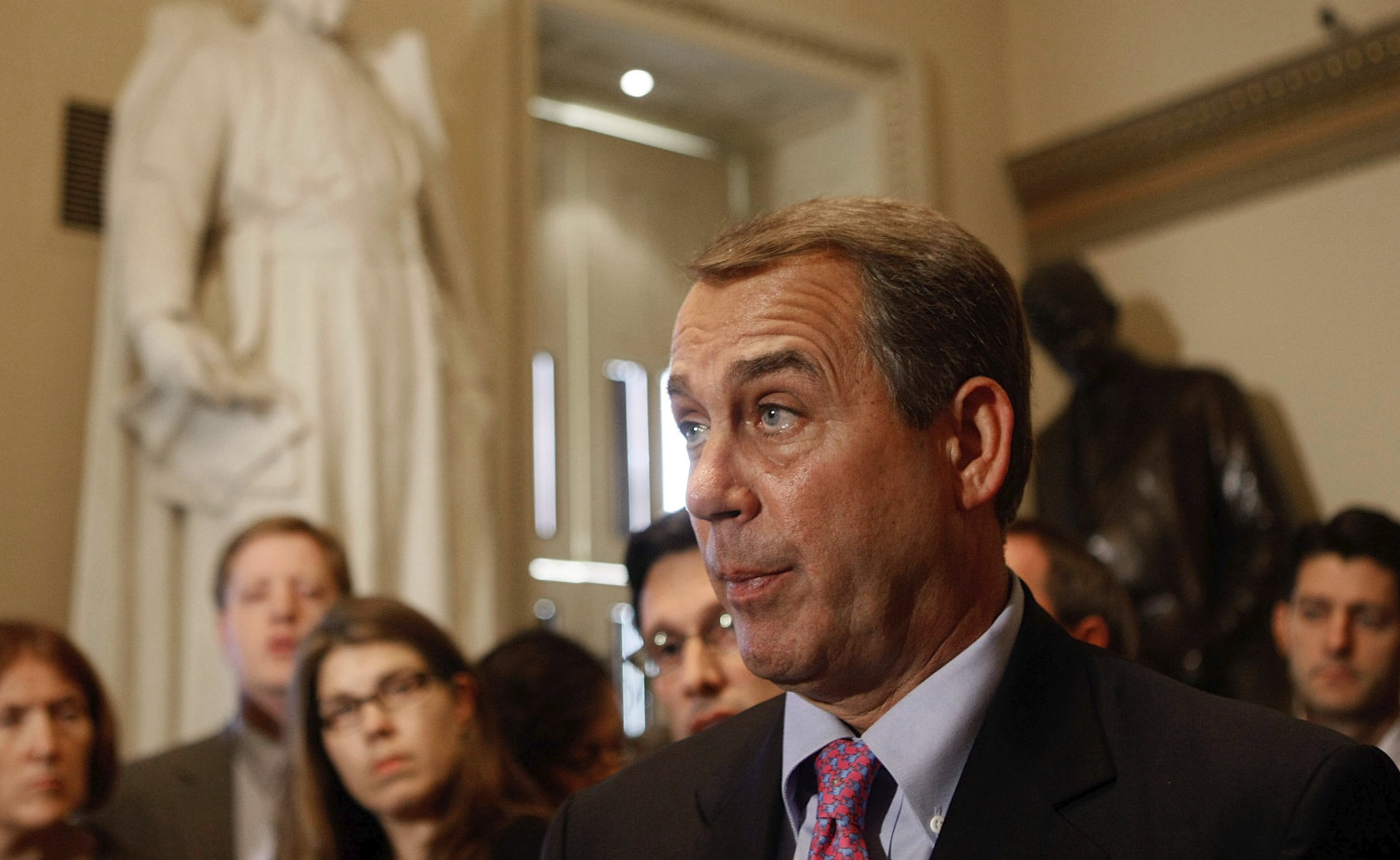 By Reid Wilson & Will Dobbs-Allsopp

Congress moved toward a last-minute compromise to extend the life of the highway trust fund on Tuesday, just days before the House is scheduled to leave for summer break.

House Speaker John Boehner told Republicans in a private conference meeting Tuesday that leaders are working toward a vote to extend the life of the trust fund by three months, in order to give negotiators on both sides of the Capitol time to come up with a plan to fund the program over a longer time period.

A vote on the three-month extension is expected in the House on Wednesday, a Boehner spokesman said. The Senate would take up the same measure by Friday, when the trust fund is set to expire.

The stop-gap solution comes amid an impasse between the House, which passed a five-month extension earlier this month, and the Senate, which is debating a six-year reauthorization partially funded by a host of unrelated budget cutbacks.

House Majority Leader Kevin McCarthy (R-Calif.) on Monday said his chamber would not take up the Senate bill, which clocks in at more than 1,000 pages, before it leaves for the August recess. Senate Majority Leader Mitch McConnell (R-Ky.) had refused to take up the House-passed version.

In a statement Tuesday, House Transportation and Infrastructure Committee Chairman Bill Shuster (R-Pa.) said the three-month extension would give both sides enough time to work out the details.

“I believe this three-month extension represents the compromise that allows the House more time, and a confirmation of our commitment to produce a fiscally responsible long-term proposal,” Shuster said.

Shuster called the Senate bill “a positive step,” but he said the House needs to have its own input.

A House vote would have to come before Wednesday, the last day the chamber is scheduled to hold votes before the August recess.

A deal to temporarily supply the trust fund would also let House and Senate Republicans avoid a contentious showdown over reauthorizing the Export-Import Bank. The bank’s charter lapsed at the end of June, and supporters have long seen the highway bill as the best chance to force a vote on its reauthorization. The Senate added an amendment reauthorizing the bank to its version of the highway bill earlier this week.

But hurdles remain: While the Senate appeared prepared to take up the three-month extension, using a handful of pay-fors originally negotiated by McConnell and Senate Environment and Public Works Committee ranking member Barbara Boxer (D-Calif.), some House Democrats appeared skeptical.

“We’re going to see what develops over the next 24 hours,” House Minority Whip Steny Hoyer (D-Md.) told reporters on Tuesday. “But we are not now in a place of supporting another short-term highway bill.”

And some House conservatives, who objected to the initial five-month extension, voiced their concerns, too. Rep. John Fleming (R-La.), a founding member of the House Freedom Caucus, said he isn’t sold, but that he is open to a short-term deal.

“I’m going to have to analyze [the bill],” Fleming told Morning Consult. “On the other hand, I may have to consider supporting it only because what I don’t want is us to have to take up the terrible, terrible Senate transportation bill that has [the Export-Import Bank reauthorization] in it.”