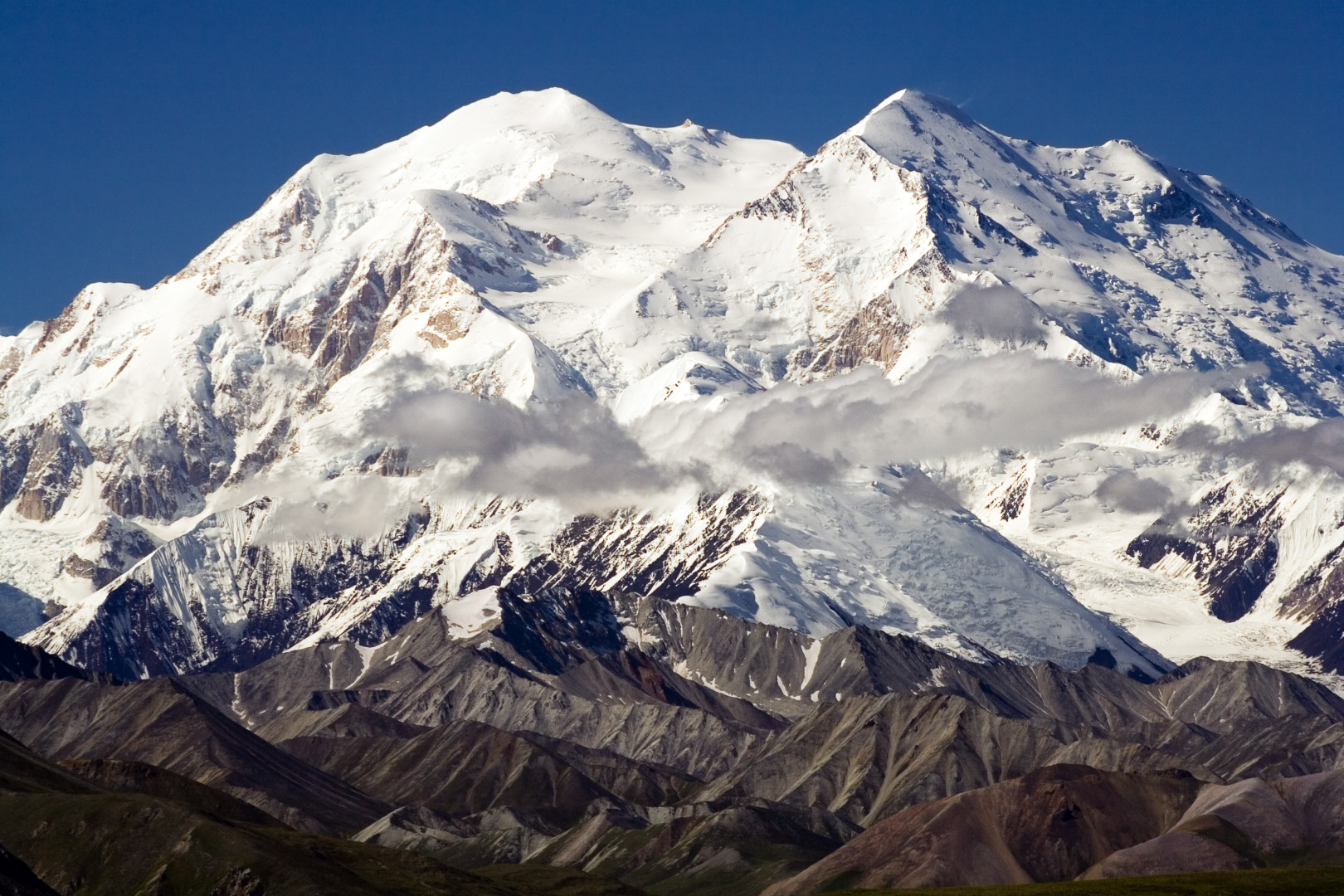 For the Alaskan native Koyukon Athabascans, the 1901 assassination of President William McKinley led to a series of strange, unforeseen consequences. Among them is a century-long dispute over the name of one of their beloved mountains.

On the one hand, McKinley’s death led to then-Vice President Theodore Roosevelt’s accession to the presidency and the subsequent creation of the United States Forest Service. Roosevelt’s commitment to conserving the American West led, ultimately, to the 1917 creation of a national park surrounding the tallest mountain in North America, known to the tribe as Denali.

But at the same time, those who wanted to honor McKinley’s life named the park in his honor. Twenty years earlier, a gold prospector named William Dickey first called the Alaskan mountain Mt. McKinley in an op-ed in the New York Sun. Dickey chose to name the peak McKinley because the two men shared a devotion to preserving the gold standard.

The park that bore McKinley’s name was changed in 1980 to Denali National Park. But the 20,237-foot peak kept McKinley’s name on official government maps and charts until Sunday, when the Obama administration announced it would take executive action to officially rename the mountain Denali. In doing so, the White House resolved a stalemate between the congressional delegations from Alaska and McKinley’s home state of Ohio that had lasted for decades.

There is no obvious reason why Dickey’s name for the twin-peaked mountain stuck. Aside from the native Koyukon Athabascans, who had preceded the first white settlers by thousands of years, Russian explorers were the first non-natives to see the mountain. An 1889 American expedition, eight years before Dickey laid eyes on the mountain, in search of an Alaskan El Dorado proposed naming it “Densmore’s Mountain,” in honor of party leader Frank Densmore.

Dickey didn’t even climb the mountain. A group of miners known as the Sourdough Expedition became the first non-native group to demonstrably summit its northern peak in 1910. It wasn’t until 1913 that a group led by Hudson Stuck successfully reached the top of the higher, southern peak. Stuck later advocated that the mountain retain its native name, Denali.

And McKinley had no particular connection to the Alaskan territory. He wasn’t in office when Secretary of State William Seward purchased the land from Russia in 1867, and Alaska wouldn’t become a state until 1959, half a century after his death. McKinley never laid eyes on the mountain that would bear his name.

But when Congress finally designated the national park in 1917, McKinley was the name assigned to both the mountain and surrounding national park.

It wasn’t until 1974, when Alaska gubernatorial candidate Jay Hammond made naming the continent’s highest peak a campaign issue, that serious opposition to the McKinley designation entered the national stage. President Lyndon B. Johnson had once proposed naming the north and south peaks of Mt. McKinley “Churchill Peaks” in honor of Britain’s wartime prime minister, though nobody seemed to pay much attention.

Hammond won the election, and in 1975 Alaska’s state legislature submitted a resolution asking the U.S. Board of Geographic Names to officially rename the mountain Denali.

That proposal didn’t sit well with then-Rep. Ralph Regula (R-Ohio), whose congressional district included McKinley’s home of Canton, Ohio. He rallied the rest of the Ohio congressional delegation to oppose the proposal. That left the federal board — which maintains a policy of avoiding decisions on anything under consideration by Congress — to postpone a ruling on the matter for years, while lawmakers debated a larger Alaska conservation bill.

That bill, signed into law in 1980 by President Jimmy Carter, expanded and renamed the national park surrounding the mountain as Denali National Park, but did not change the name of Mt. McKinley. Still, the apparent end of congressional consideration appeared once again to open the door for the Board of Geographic Names to take action on its own.

Once again, Regula stepped in and introduced legislation that would retain the name Mt. McKinley, again preventing the board from ruling on the issue. For the next thirty years, Regula or another member of the Ohio delegation would introduce legislation, or attach a rider to the Interior Department spending bill, that would prevent the consideration of any change to Mt. McKinley’s name.

The commitment of the Ohio delegation to preserving McKinley’s legacy continued even through 2015. The Columbus Dispatch earlier this year published an editorial asking the state’s delegation to “gracefully concede.” Never mind that. Regula retired after the 2008 elections. In his absence, Rep. Bob Gibbs (R-Ohio) introduced H.R. 437 in March, which would require the federal government to stick with the McKinley designation.

Alaska’s representatives in Congress have by no means been placid bystanders. Sen. Lisa Murkowski (R-Alaska) introduced S. 319 in June, which would have renamed Mt. McKinley to Mt. Denali.

The administration’s announcement Sunday, which came ahead of a presidential tour of Alaska aimed in part at improving relations with the region’s native groups, drew sharp rebukes from the Ohio delegation and praise from Alaska.

“There is a reason President McKinley’s name has served atop the highest peak in North America for more than 100 years, and that is because it is a testament to his great legacy,” said House Speaker John Boehner (R-Ohio) in a statement Sunday evening. “I’m deeply disappointed in this decision.”

“The naming of the mountain has been a topic of discussion in Congress for many years. This decision by the administration is yet another example of the President going around Congress,” echoed Sen. Rob Portman (R-Ohio). “I now urge the administration to work with me to find alternative ways to preserve McKinley’s legacy somewhere else in the national park that once bore his name.”

Portman’s Republican colleague Murkowski, however, had a different take. “For centuries, Alaskans have known this majestic mountain as the ‘Great One.’ Today we are honored to be able to officially recognize the mountain as Denali,” she said in a video posted to her Facebook page. “I’d like to thank the president for working with us to achieve this significant change to show honor, respect, and gratitude to the Athabascan people of Alaska.”