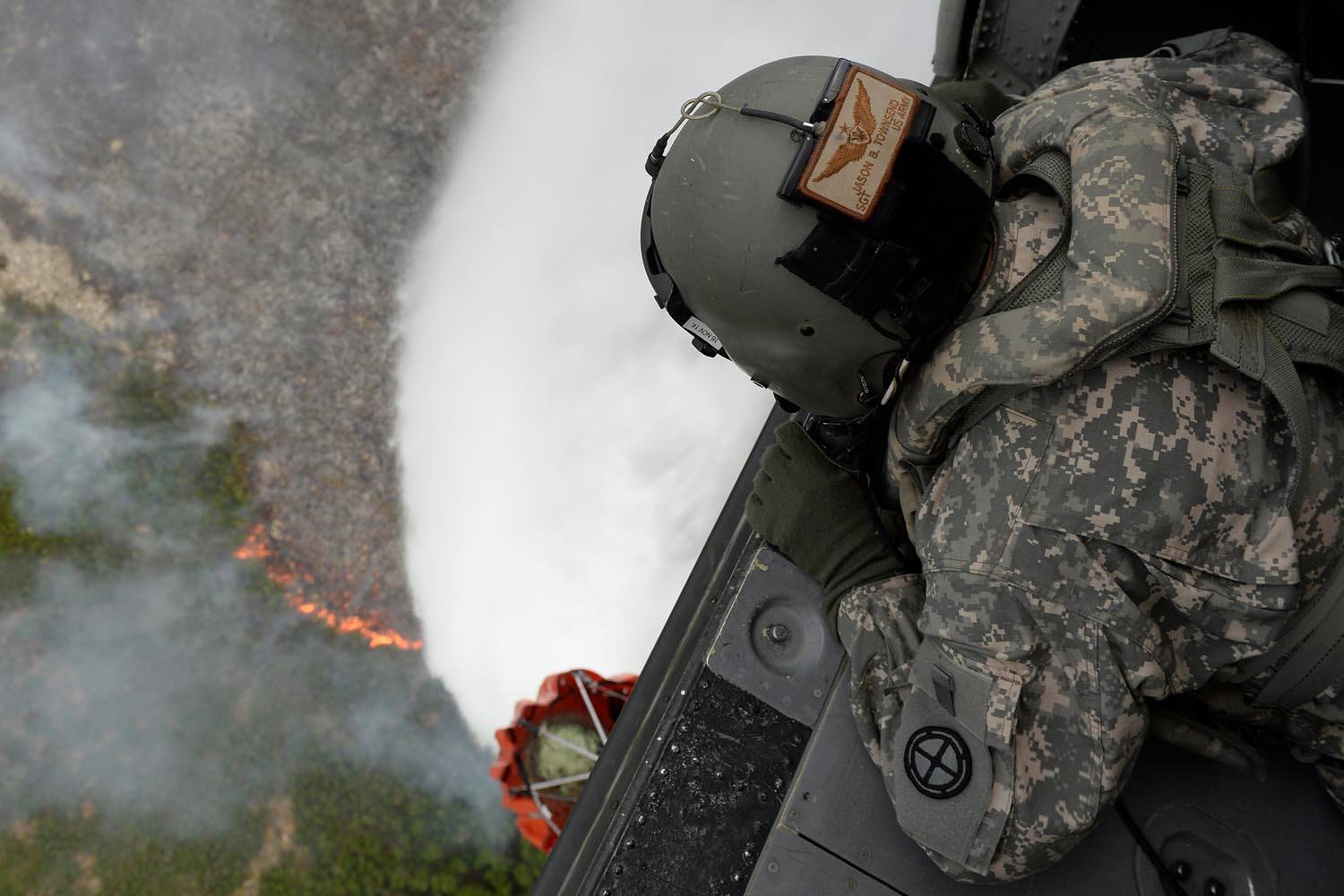 A record wildfire season sweeping through the parched West has forced the U.S. Forest Service to spend an unprecedented amount of money fighting back, prompting the Obama administration to ask Congress once again to change the way fires are treated under the federal budget.

Current law requires the U.S. Forest Service to transfer money between various accounts to pay for unanticipated fire-fighting costs. On Monday the agency notified Congress that it will need to transfer another $250 million to pay for fire suppression through the end of 2015.

That brings the total amount transferred to $700 million this year alone.

The money comes out of accounts that pay for things like fuel management, which aims to reduce the threat of wildfires before they break out. Forestry experts say the lack of fuel management exacerbates the costs of fighting fires down the road.

“Under the current budget structure we are forced to abandon these critical restoration and capital improvement projects in order to suppress these few but extreme fires,” Agriculture Secretary Tom Vilsack said in a statement.

The Forest Service says it has spent more than half its budget on fire fighting and fire-related activities; by 2025, the proportion is expected to grow to two-thirds of the agency’s budget.

In a letter to the top Democrat on the Senate Energy and Natural Resources Committee, Vilsack, Interior Secretary Sally Jewell and Office of Management and Budget chief Shaun Donovan renewed their request for Congress to change the way fire suppression is funded.

“Congress must allow the firefighting spending to be scored as an adjustment to discretionary spending caps in bad fire seasons, in keeping with the treatment of other Federal disaster response activities, instead of transferring resources from non-fire programs,” the three Cabinet officers wrote to Sen. Maria Cantwell (D-Wash.). “Congress must do this in a way that does not harm the agencies’ ability to invest in fuels management and forest and rangeland restoration to make these lands less vulnerable and more resilient to catastrophic wildfire.”

President Obama’s proposed budget would have altered the funding formula, as would three proposals sponsored by members of Congress, all of which are before various Senate committees.

One proposal, spearheaded by Senate Energy and Natural Resources Committee Chairman Lisa Murkowski (R-Alaska), would allow the Forest Service to access as much as 100 percent of the average amount spent on fire suppression over the previous 10 years. That provision was included in Senate Republicans’ appropriations measure to fund the Interior Department earlier this year.

Another proposal, offered by Sens. Ron Wyden (D-Ore.) and Mike Crapo (R-Idaho), would require the Forest Service to spend up to 30 percent of the 10-year average on fire prevention, and 70 percent on fire suppression. Negotiations between Wyden, Crapo and the Senate Budget Committee, chaired by Sen. Mike Enzi (R-Wyo.), are ongoing.

A third option, sponsored by Rep. Bruce Westerman (R-Ark.), would give the Forest Service the full 10-year fire fighting average and allow the agency to access Federal Emergency Management Agency funds above that amount, along with broader management reforms. The House passed that measure in July.

Fire-fighting costs have spiked dramatically in the last decade and a half, which experts attribute to climate change and, especially, the years-long drought that has gripped Western states. The Forest Service has had to transfer funds to pay for fire-fighting activity in seven of the last 14 years, the agency said; the Interior Department has had to transfer funds in six of the last 14 years.

More than 1.5 million acres of land are burning as a result of 34 active fires in Western states. So far this year, more than 8.8 million acres have burned, a third more than the 10-year average. On Tuesday, the National Interagency Fire Center reported that more than 750 homes were lost to two major fires in California.