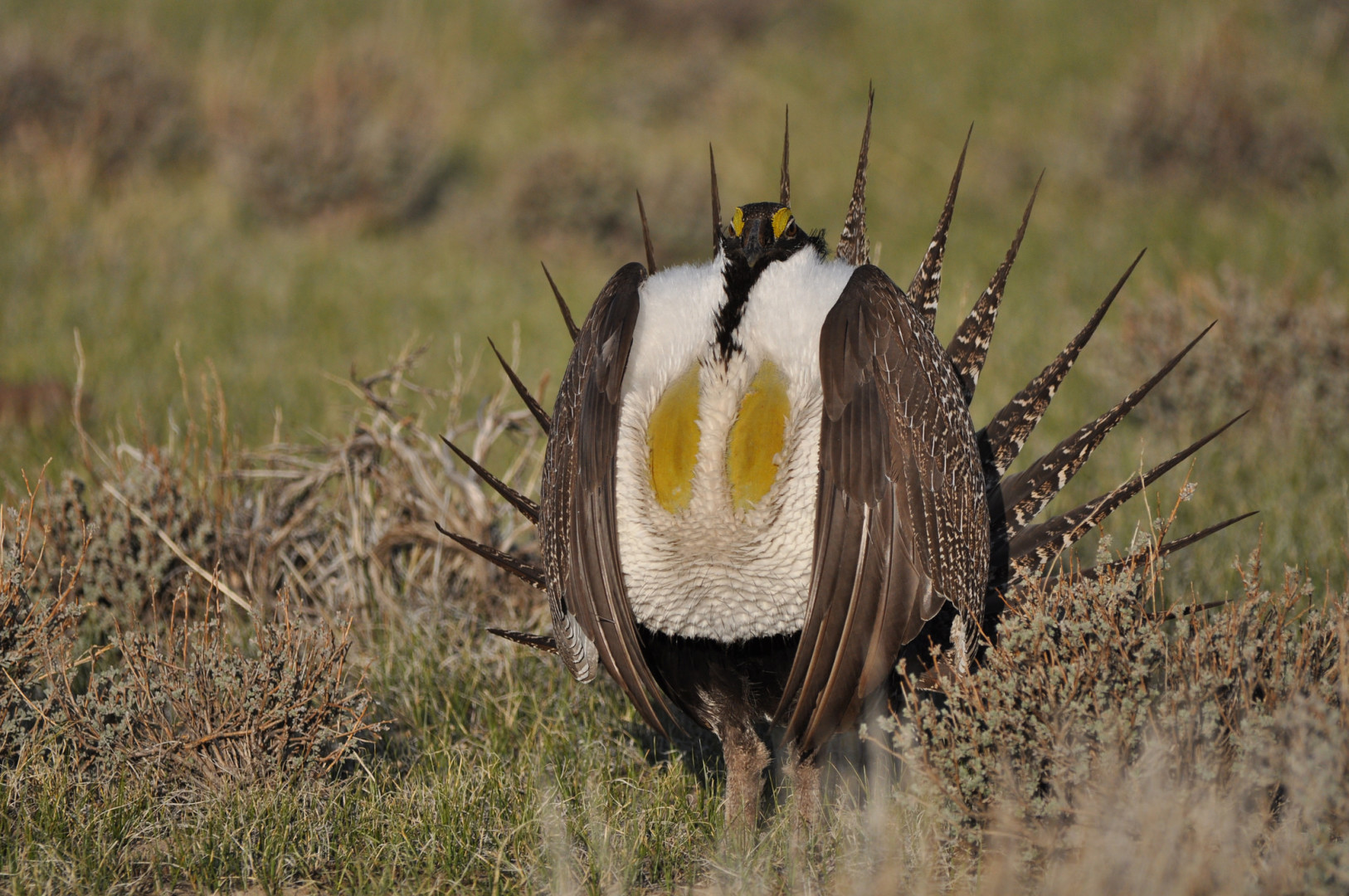 A greater sage grouse, image via Flickr
By Reid Wilson

The Interior Department on Tuesday will walk a careful tightrope when it issues a long-awaited decision involving a chicken-like bird and tens of millions of acres of valuable Western land.

The Department will announce it is not including the sage grouse on the Endangered Species List, a major win for Western states that want to keep open some of the bird’s habitat for development. But the announcement will be only a partial victory for states that have worked hard to mitigate environmental concerns — and it’s likely to kick off a new round of litigation across the West.

The U.S. Fish and Wildlife Service has been considering whether to include various subspecies of the bird on the Endangered Species List for about 15 years. An agreement between the agency and environmental groups, after an earlier round of lawsuits, gave Fish and Wildlife until the end of September either to propose new rules that will govern sage grouse habitat or to decide that the bird does not merit protection under the Endangered Species Act.

Sources with knowledge of the Interior Department’s plan, both in Washington and in Western states, say the Fish and Wildlife Service has decided the greater sage grouse does not merit protection under the ESA. But at the same time, the Bureau of Land Management will implement federal land use plans aimed at preserving grouse habitat.

Those plans are likely to lock up an estimated 66 million acres for habitat conservation.

A spokeswoman for the Interior Department declined to comment on the plans ahead of Tuesday’s announcement.

For states that want to leave land open to new development and energy exploration, the decision could have been much worse: The greater sage grouse inhabits more than 160 million acres of sage brush landscape across eleven Western states. Governors from both parties have worked on land use plans aimed at convincing federal officials they do not need to list the bird to ensure its survival.

A century of human development has encroached on the bird’s habitat. Biologists believe there are only between 200,000 and 500,000 animals left.

The decisions will reverberate across the ten Western states impacted. The 66 million acres of land covered under BLM’s land use plans could be off-limits to energy developers, livestock farmers, mining and commercial development. States like Nevada and Utah, where the federal government owns millions of acres, stand to lose out on millions of dollars in tax revenues.

The area impacted will be about three times as large as the space blocked off by a 1990 decision to list the northern spotted owl as threatened. That decision demolished the timber industry across about 24 million acres in Washington, Oregon and California.

The eleven Western states where the sage grouse roam have spent years developing their own land use plans in an effort to preclude federal involvement. Both Democratic and Republican governors wanted to keep the sage grouse off the Endangered Species List. Only one state, Wyoming, has had its land management plan adopted by the BLM.

“While we agree with the not-warranted decision, it should be based on the effective state plans and robust population numbers, not on the draconian land use plans,” Kathleen Sgamma, vice president of the Western Energy Alliance, said in an email.