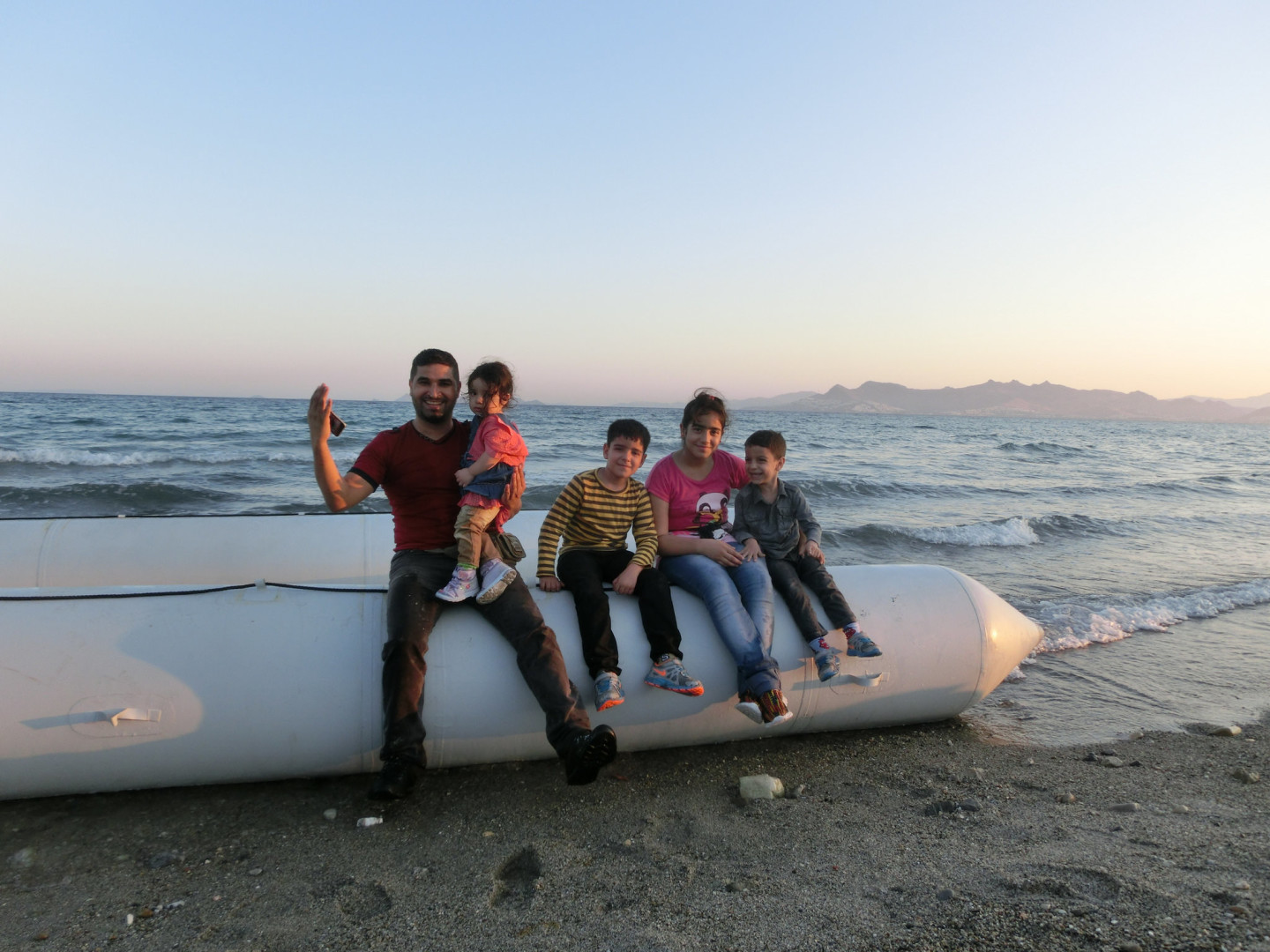 An Iraqi refugee family after landing on the Greek island of Kos. Image via Flickr
By Kevin Carty

The Obama administration’s plan to expand the number of refugees admitted to the United States over the next two years faces major hurdles that could dramatically delay efforts to alleviate the influx of immigrants into the European Union, experts say. And it’s not just recalcitrant Republicans who stand in the way: The logistical challenges of a long, drawn-out application process set in place more than 30 years ago will slow the arrival of new refugees.

Tens of thousands of migrants, fleeing war and strife in Syria, Iraq and parts of Africa, are flooding into Europe on a weekly basis, straining resources of even the most welcoming governments. Secretary of State John Kerry said over the weekend that the United States would increase its annual refugee quota, from 70,000 this year to 100,000 by 2017.

The decision to increase the quota is within the Obama administration’s purview. But the practicality of actually resettling more refugees in the United States in the coming years is complicated by a labyrinthine process of evaluation and certification for incoming refugees, a system which is already at full capacity with the current level of resettlements.

America’s refugee policy was codified in 1980, when Congress passed the Refugee Act, which adopted a 1951 United Nations definition of a refugee as someone with a “well-founded fear” of persecution in their home country because they belong to a particular group.

That law allows the president to set the number of refugees that the United States accepts each year, but the executive branch cannot establish the mechanism for accepting and resettling them. That part of the equation – the process of actually admitting refugees into the country – is determined by Congress. What’s more, Congress must appropriate money to fund the refugee program.

That means that no matter how many refugees the Obama administration wants to resettle, the rate of resettlement is ultimately determined by the lengthy, expensive process Congress set in place three decades ago.

The process begins when refugees apply or are referred to the State Department for potential resettlement. Officials from the U.S. Citizenship and Immigration Services interview the applicants to determine whether they meet the legal definition of a refugee. After that, a variety of agencies, including the National Counterterrorism Center, the FBI, Department of Homeland Security and the Department of Defense, vet the refugees, subjecting them to multiple background checks to ensure they don’t pose a security threat. After that, refugees receive a health screening and a three-day cultural orientation.

The entire process for an individual or family usually takes between 18 and 24 months, according to a State Department official who briefed reporters after President Obama said the United States would resettle more refugees.

But it can take much, much longer. After the Bush administration decided in 2008 to help resettle Afghan and Iraqi citizens who assisted U.S. troops, interpreters and their families waited years to move through the process, all while under active threat from insurgents who vowed to kill U.S. collaborators.

The system does not have to be this way, said Eleanor Acer, senior director for refugee protection at Human Rights First. “The U.S. resettlement process could be made much more efficient without in any way compromising security,” she said.

But Republicans on Capitol Hill are in no rush to streamline the system. Rep. Bob Goodlatte (Va.) and Sen. Chuck Grassley (Iowa), the chairmen of the House and Senate Judiciary committees, respectively, have already raised questions about the Obama administration’s move to increase refugee quotas. House Homeland Security Committee Chairman Michael McCaul (R-Texas) has introduced legislation that would give Congress a bigger say in the process.

In a joint statement, Goodlatte and Grassley said the White House was acting “without a concrete and foolproof plan to ensure that terrorists won’t be able to enter the country.”

The administration maintains refugees “are subject to the highest level of security checks of any category of traveler to the United States,” the State Department official told reporters.

Without support from congressional leaders, funding is likely to become an issue. Current spending levels for fiscal 2015, which are unlikely to be increased by a recalcitrant Congress, would force the State Department to resettle tens of thousands of additional refugees on a budget sufficient for 70,000 people, not 100,000.