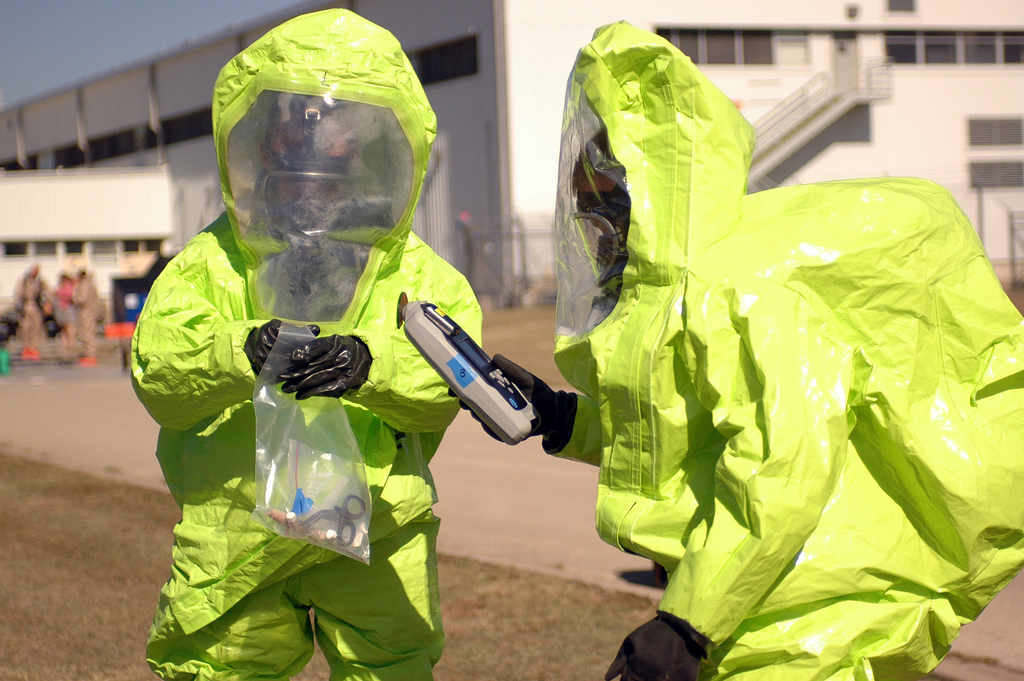 image via
By Kevin Carty

A bill to improve the regulation of toxic chemicals is on the cusp of passing in the Senate, supported by a bipartisan group of unlikely allies who are giddy at the prospect of finally reforming a 40-year old law.

The Senate is expected to move to vote on the bill soon. With 60 co-sponsors, passage is a sure thing. But this week the bill was slowed down by senators hoping to attach other amendments. At first, Sen. John Hoeven (R-N.D.) wanted to attach legislation lifting the oil-export ban, although industry sources say he is backing off that request.

But then Sen. Richard Burr (R-N.C) said he wouldn’t let the bill move forward without an amendment to reauthorize the Land and Water Conservation Fund. He has been joined in his effort by Sen. Kelly Ayotte (R-N.H.).

The sponsors were all set to pass the bill by voice vote on Tuesday, according to sources, until Burr and Ayotte moved forward with their plan to attach LWCF reauthorization.

Since then, the measure has stalled, as Burr and Ayotte are still working to force action on LWCF. However, considering the wide support for TSCA, it is only a matter of time until it comes to the Senate floor. It is less certain as to whether Burr and Ayotte will succeed in their bid on LWCF.

The bill, which has 60 co-sponsors, is a landmark piece of legislation to bolster the Environmental Protection Agency’s ability to review and regulate toxic chemicals. It updates the Toxic Substance Control Act, a law that was enacted in 1976 and hasn’t been updated since. It is widely viewed as weak and outdated.

“TSCA reform, in addition to providing greater protections for families … can play a pivotal role in boosting our economy, creating well-paying American jobs, and creating regulatory certainty for businesses not only in the United States but across the world,” said Chairman of the Senate Environment and Public Works Committee James Inhofe (R-Okla.) in a speech on the Senate floor on Tuesday.

The bill on tap in the Senate uses a health and safety standard to evaluate chemicals, rather than the cost-benefit standard of the 1976 law, which prevented the EPA from banning asbestos. It mandates safety reviews for all chemicals in active commerce and requires a safety finding for any new chemicals, a testing regime which will be funded by user fees within the industry. And, it has new protections for vulnerable populations – children, the elderly, and pregnant women, as well as provisions to release more information to the public about toxic chemicals.

A similar TSCA bill passed the House in April on an overwhelming vote of 398-1, meaning TSCA reform is a mere conference committee away from reaching the president’s desk once it makes it out of the Senate.

The House and Senate bills are largely alike, with a few differences that observers say aren’t hard to smooth over. The House bill retains a provision from the 1976 law that requires the EPA to first demonstrate risk or high exposure to a certain chemical before seeking testing, unless the testing is necessary for a risk violation. And it doesn’t provide explicit authority for the EPA to revisit chemicals based on new information.

The push to reform TSCA goes back to the efforts of the late Sen. Frank Lautenberg (D-N.J), the namesake of the current Senate bill. Two and half years ago, he reached across the aisle to Sen. David Vitter (R-La.) for bipartisan support, after his own repeated efforts to pass a bill were rebuffed by five successive Congresses. Vitter and Lautenberg unveiled a bill just before Lautenberg’s death in 2013.

Sen. Tom Udall (D-N.M.) was inspired by Lautenberg’s conviction on the subject: “It was particularly moving to me to hear him say…he thought that bill, the Lautenberg-Vitter bill, would save more lives than all the work he had done in the public health and environmental arena,” Udall said in floor speech this week.

Soon after Sen. Lautenberg’s death, Udall picked up the torch and moved the bill forward with the help of Vitter and others on the EPW Committee.

“The bill evolved dramatically in the next two and a half years,” said Richard Denison, Lead Senior Scientist at the Environmental Defense Fund. Republicans “made a lot of concessions to strengthen the bill,” he said.

The biggest issue of contention was how the bill would balance state and federal authority. Ultimately, the sponsors wrote the bill favoring the feds. Under it, the EPA has primacy while it would preserve the states’ right to enforce the rules and regulate chemicals on their own if the EPA doesn’t act fast enough.

The bill, and the compromises that made it palatable to both parties, were only possible because the stars aligned outside of the Capitol as well. “It took the chemical industry a long time to come around,” Denison noted. But environmental groups and chemical companies finally agreed that they wanted the EPA to have more authority to regulate toxic chemicals.

Some still have reservations about the proposed law. Four governors, including California Gov. Jerry Brown (D.) and New Hampshire Gov. Maggie Hassan (D) would like to see more autonomy for states to act on the law. And a large coalition of green groups, including the Sierra Club, the League of Conservation Voters, and BlueGreen Alliance, authored a letter asking that the measure include more state autonomy, more information for consumers, and closer review of chemicals deemed to represent little threat to consumer safety.

But those groups are not outright opposing the bill either. When contacted by Morning Consult, the Sierra Club, BlueGreen Alliance, and the Environmental Working Group all declined to comment on the current bill.

If it gets to the floor, the bill will pass with the support of a few environmental groups like the Environmental Defense Fund. Sens. Dick Durbin (D-Ill.) and Ed Markey (D-Mass.), a bona fide environmentalist, were the most recent legislators to add their support. Durbin applauded the bill for finally providing “recourse against the aggressive chemical companies that have been exploiting the lack of oversight.”

Markey, a longtime advocate for environmental protection, opposed a previous iteration, aligning with Sen. Barbara Boxer (D-Calif.) to champion a stronger version. But Markey signed on to the current bill after a few key changes were added – increased EPA funding through industry fees, faster industry compliance regulations, and a streamlined waiver process for states.

According to a Democratic aide on the Senate Environment and Public Works Committee, Boxer still “has concerns with the bill and is planning to vote no.”