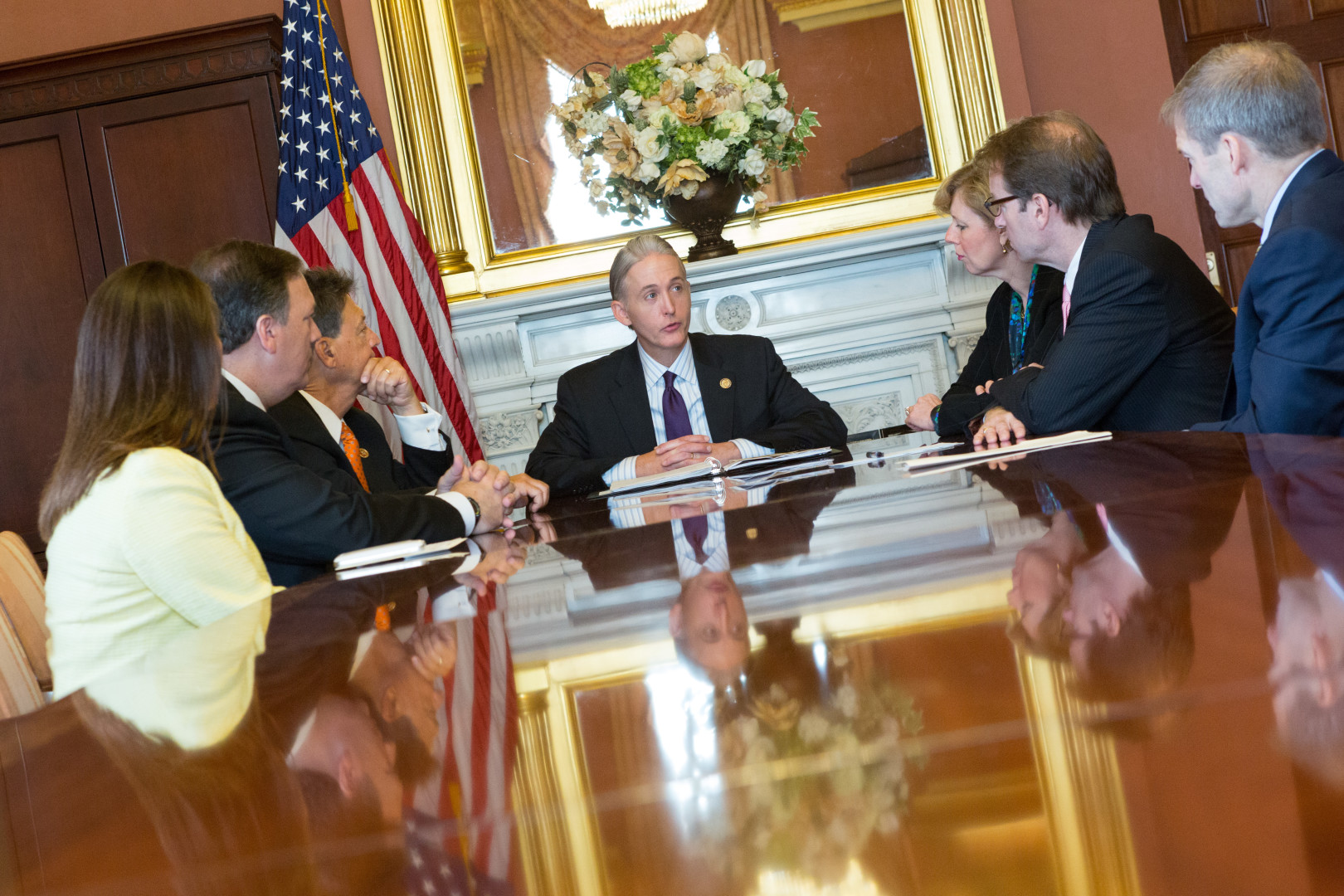 When former Secretary of State Hillary Clinton testifies Thursday in front of the House Select Committee on Benghazi, she will, on the surface, square off against committee chairman Trey Gowdy (R-S.C.) and the panel’s six other Republican members.

But on another level, she will be facing down the panel’s majority staff, a team with deep military and national security experience.

Leading the charge is the committee’s top lawyer, Dana Chipman, a three-star general who served as the Army’s chief counsel during the first years of the Obama administration. After retiring in 2013, Chipman joined the panel in August of 2014.

Chipman’s top deputy, Mark Grider, also has overseas experience, having worked in the Office of the Special Inspector General for Iraq Reconstruction, the independent government agency responsible for exercising congressional oversight of the post-war rebuilding effort.

A nine-year veteran of the Central Intelligence Agency, Sarah Adams, is a senior advisor to the committee. One of Gowdy’s top investigators, Sara Barrineau, worked for the National Security Council and in the White House Situation Room – as well as for the State Department’s Bureau of Diplomatic Security during the 2012 Benghazi attacks – before joining Gowdy just over a year ago.

The tension surrounding Clinton’s appearance heightened amid recent Republican statements that suggest what Clinton’s team has said publicly since the committee’s inception: That the Benghazi investigation is little more than an effort to damage her presidential campaign.

House Majority Leader Kevin McCarthy (R-Calif.) said last month on Fox News that the panel had succeeded in causing a drop in Clinton’s poll numbers. McCarthy later said he misspoke, but not before Democrats jumped on the comments as evidence that the Benghazi committee was little more than an exercise in partisan politics.

McCarthy later dropped out of the race for Speaker of the House, in part, he said, because of that mistake.

On Monday, the panel’s Democrats released a 124-page report, summarizing the results of dozens of closed-door interviews that the committee has conducted – a report that found no new information uncovered during the year and a half since Republican leaders announced the panel’s formation.

“After seventeen months and millions of taxpayer dollars spent, the Select Committee on Benghazi has uncovered nothing that alters our core understanding of the facts as revealed by the other eight investigations,” Rep. Adam Schiff (D-Calif.) said. “When you consider the committee’s obsessive focus on attacking Secretary Clinton, the reason becomes quite clear: the Majority has little interest in the events in Benghazi except to the degree they can be used to diminish her standing in the polls.”

Committee spokesman Jamal Ware said the Democratic report leapt to conclusions before the committee had finished its work.

“For the majority members of this committee, they will continue to wait until after hearing from all witnesses, up to and including the very last one, before drawing conclusions, because that is what serious investigations do,” he said Monday.

Committee Republicans were thrown, too, when Rep. Richard Hanna (R-N.Y.) told a local radio station last week that Clinton was a target.

“This may not be politically correct, but I think that there was a big part of this investigation that was designed to go after people – an individual: Hillary Clinton,” Hanna said.

There is also no shortage of political savvy among the committee staffers. The operational side of the GOP staff boasts decades of political experience in Washington and on Capitol Hill.

Staff Director Phil Kiko got his start as a congressional aide to Rep. Jim Sensenbrenner (R-Wis.) in the late 1970s, before taking a few years to work in the Education and Interior Departments. He later rejoined Sensenbrenner, rising to become the former Judiciary chairman’s committee chief of staff through most of George W. Bush’s administration. Before returning to the Capitol for a third stint in 2010, Kiko lobbied for the law firm Foley and Lardner.

Kiko’s deputy, Chris Doneza, has hopped between the private sector and government over his multi-decade career in Washington, including a nine-year stint as chief counsel for the House Intelligence Committee on Intelligence, from 2004 through 2013.

Lawyer Carlton Davis, who was hired in July 2014, cut his teeth working in former House Oversight and Government Reform Chairman Darrell Issa’s (R-Calif.) office, a panel that both parties have traditionally used as a launch pad for investigations into the executive branch. Jamal Ware, the communications director, has spent a combined eight years working for the House and Senate intelligence committees.

Still, the staff may have some internal issues to work out. Former investigator for the committee, Brad Podliska, a major in the Air Force Reserve, told the New York Times that that he was fired for questioning the panel’s focus on Clinton’s involvement in the 2012 Benghazi attacks. The committee said that Podliska’s assertions are false.