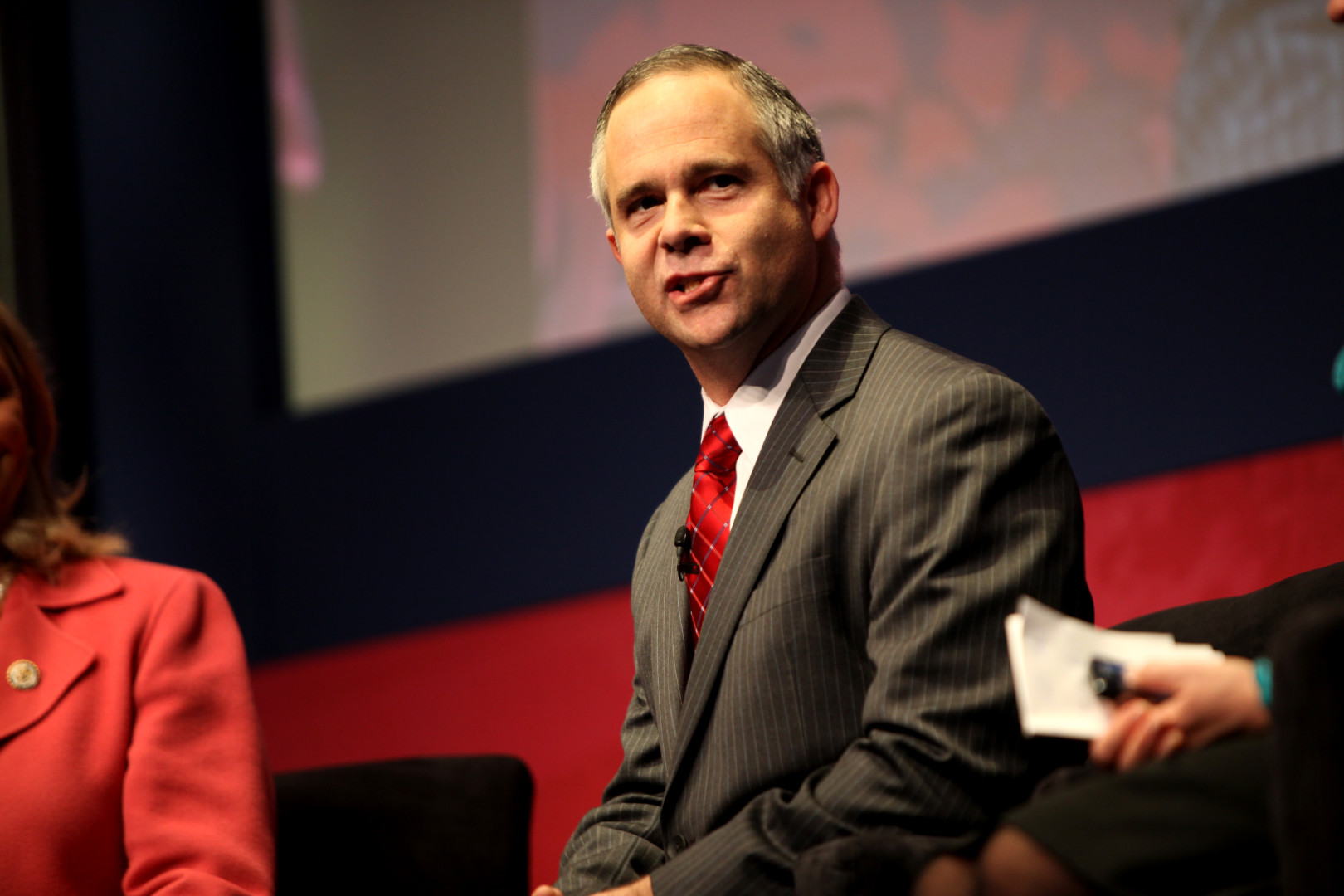 Rep. Tim Huelskamp (R-Kansas). Image via flickr
By Will Dobbs-Allsopp

The group of conservative lawmakers who chafed under former Speaker John Boehner’s rule are signaling guarded approval for the latest internal shift put forth by Speaker Paul Ryan: proposed changes to the influential Republican panel that assigns committee chairmanships and memberships.

They note, however, that the changes are incremental, and Ryan still has a lot of power.

“These are good changes,” Rep. Tim Huelskamp (R-Kansas), a House Freedom Caucus member, on Tuesday. He had just come from a morning Republican conference meeting at which GOP leaders unveiled their plan to overhaul the House Republican Steering Committee. He said the GOP conference is “moving in the right direction.”

“It’s an incremental change in the right direction,” said Rep. Thomas Massie (R-Ky.), a frequent Boehner critic who is not a part of the Freedom Caucus.

The Steering Committee is an internal House GOP organ traditionally stacked with speaker allies, including the leaders of the chamber’s six major committees and individual members of the House leadership team. For that reason, the committee has been one of the chief targets for Boehner critics asserting that power within the House is too concentrated at the top.

The Steering Committee also has representatives from various congressional regions and from the House “classes” that mark the years in which representatives were first elected.

Ryan promised to overhaul the committee by Thanksgiving. On Thursday, the GOP conference will vote on his plan to change the panel’s makeup. The five votes the speaker traditionally holds on the committee will be reduced to four. The biggest change will include booting off six of the chamber’s most powerful committee chairmen.

Eventually, additional regional representatives will fill the slots formerly held by the committee chairmen. In the interim, according to Roll Call, six holdover members will be selected. Ryan will also be able to appoint one member at his discretion, and a rotating committee chair seat will be created for whomever’s panel is under consideration by the Steering Committee.

Massie pointed out that while the major committee chairmen might no longer have a seat at the table, Ryan’s loss of one vote is made up by the slot he can fill with whomever he likes. “Well he still has five,” he said. “Actually, you know what? It’s a red herring to say that he’s got five. He’s got 12 if you go count the leadership votes at the table.”

“Look, I don’t want to be critical of it because it’s a change in the right direction,” Massie added.

Still, other members of the House Freedom Caucus are exuberant about the changes they see Ryan bringing to the House. “I see this great new day, so I think the glass is not only half full but it is being filled to the brim,” Rep. Cynthia Lummis (R-Wyo.) said at a press lunch hosted by the Heritage Foundation Tuesday. (Lummis will not seek reelection in 2016.)

“We just got our way — on regular order, and on the Steering Committee, and a lot of the procedural moves that we wanted,” said Rep. David Brat (R-Va.) at the same event, congratulating his fellow caucus members on the changes they’ve seen in the House since Ryan took the gavel.

Other caucus members are more reserved. “I’m cautiously optimistic,” said Rep. Raul Labrador (R-Okla.), a founding member of the group. “The right rhetoric is being used, the right words are being used. But we need to see results.”