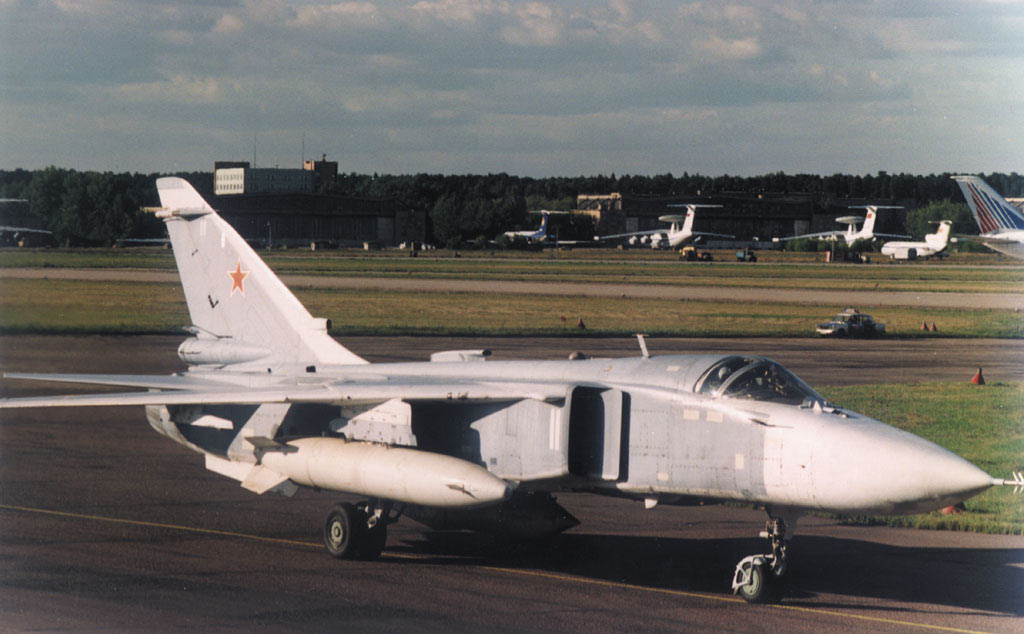 An Su-24 Fencer fighter, similar to the one shot down by Turkish forces. Image via flickr
By Kevin Carty

President Obama and French President Francois Hollande said that the two countries would work to ease tensions and discourage escalation between Russia and Turkey in the wake of Turkey’s shooting down of a Russian fighter jet. “It is very important for us right now … to take measures to discourage any kind of escalation,” President Obama said. Hollande, who is scheduled to meet with Russian Prime Minister Vladimir Putin on Thursday, concurred.

Obama said Turkey “has a right to defend its territory and its airspace.” He said that Turkey’s downing of the plane “points to an ongoing problem with the Russian operations” in Syria: “They are operating very close to the Turkish border, and they are going after moderate opposition that is supported by Turkey and a wide range of countries.”

The remarks were made at a joint press conference intended to address military cooperation against the so-called Islamic State, a terrorist group responsible for a series of terror attacks in Paris on Nov. 13.

The two leaders reiterated their commitment to working together to fight IS in Iraq and Syria. “Today we wanted to share our determination to fight terrorism everywhere and anywhere,” Hollande said.