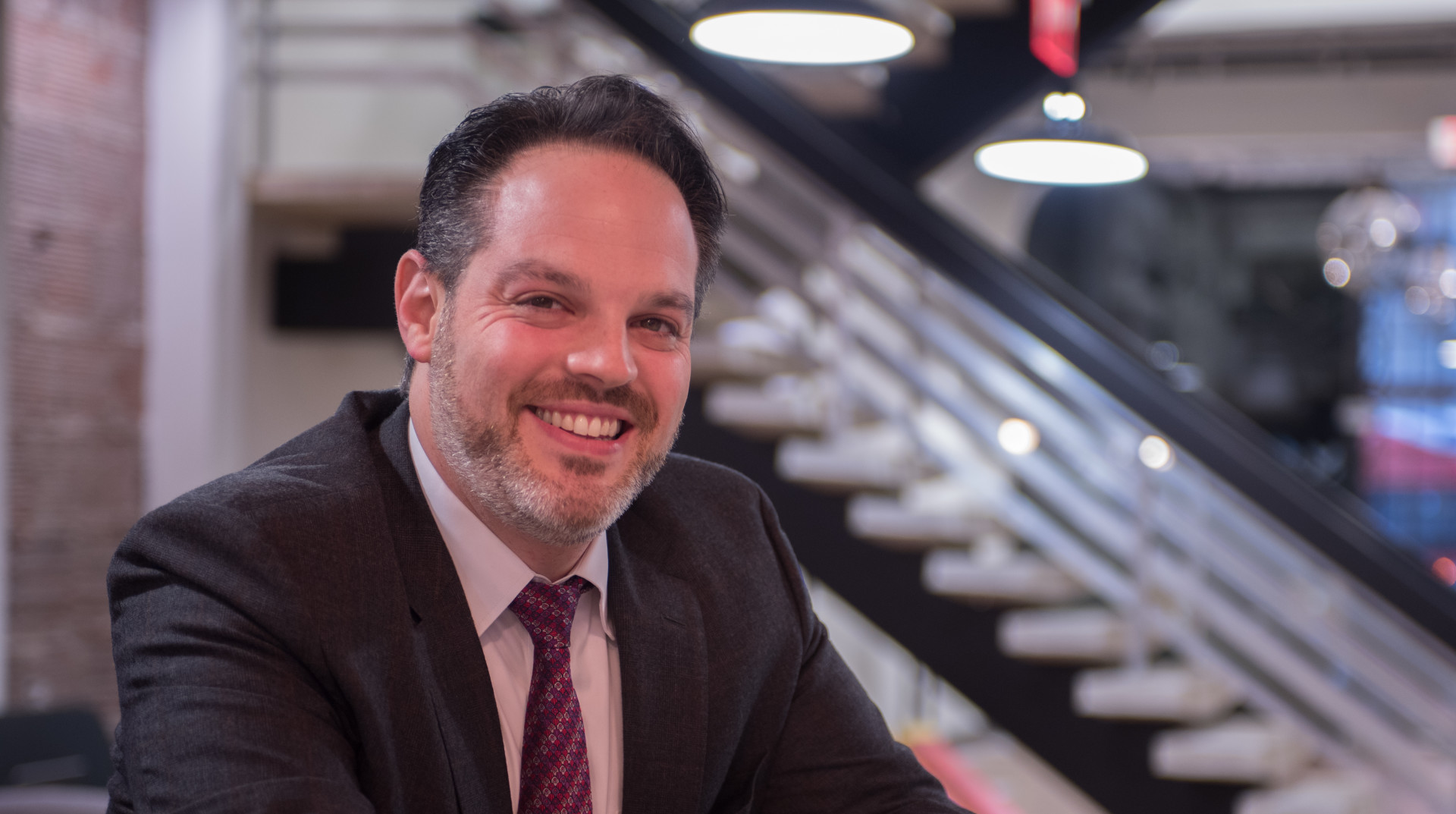 Izzy Klein is a lobbyist, but he was this close to becoming a rabbi. However, there was no pivotal moment, no parting of clouds that told him to take up politics instead of the pulpit – perhaps because he doesn’t see the two as being all that different.

Klein learned how to talk to people while working at his father’s hardware in Irvington, N.J. He told customers how to fix windows, fix toilets, find the right light bulbs and “figure stuff out.” He learned to not just treat people well but to be “thoughtful and kind.”

For a professional communicator, those things are irreducible and universal. They worked at Mike’s Hardware, and they work at Roberti Global, a boutique firm whose clients include sector-leading companies like Pfizer, General Motors, AT&T and CitiBank.

Klein’s resume is a litany of good fortune and influence. He started raising money for Rep. Dick Gephardt (D-Mo.) while he was a sophomore at Georgetown university. After proving he could manage Gephardt’s intern gaggle, the representative hired the government-theology double major four months before his graduation in 1999.

During his two years in Gephardt’s office, Klein met then-Rep. Ed Markey (D-Mass.), a “great man” who hired Klein as press secretary. Klein worked for Markey for three years before joining Sen. Chuck Schumer’s (D-N.Y.) staff in 2005 as communications director. “Working for Sen. Schumer was the hardest and most rewarding jobs that I’ve had,” he said.

After a year-plus in Schumer’s personal office, he rejoined the New York Democrat on the Joint Economic Committee. When the committee reverted to House control in 2009, he did the K Street Shuffle and joined PR giant Podesta Group as a principal. Now he’s at the kind of firm where partners have clients, not issue areas.

Klein’s voice jumps a pitch when he gets excited. Talking to him, you get the impression of a guy who has everything he wants. He’s built a career on experience and influence, passing Go and collecting $200 without undergoing the tedium of a masters in public administration.

His timing, he said, was fortunate.

“The job of a comms director has become exponentially harder, because it’s no longer just a phone call or an email from a reporter asking about a question, or you sending out a thoughtful-but-easy press release,” he said. “What’s the social media component? Who’s this guy tweeting at us? Do we have to respond to it? It’s no longer sufficient to get your boss on the nightly news, or get him in the New York Times.”

“Now, it’s much more volatile,” he said. “The idea that anybody could be a video journalist with an iPhone pointed in the right direction at the right time…that’s a much different world.”

Perhaps volatility begets volatility. When Klein was flacking, major television networks wouldn’t book a call-in interview. Today, he said, networks are tripping over themselves to get Donald Trump, real-estate mogul and Republican presidential frontrunner, on the phone.

“I would have never thought a guy could make so many appearances on Sunday talk shows without ever entering a studio,” he said. “How have phoners become automatic? When I was working for Schumer, if you couldn’t be in the studio you were almost automatically out of the ring.”

Trump has famously skimped on paid media, preferring instead to say the unsayable and let the internet carry forth his red-faced rants. Establishment Republicans have watched his rise with both fascination and terror – in no small part because his lack of D.C. connections short-circuits the trinity of politics, private sector and K Street.

“I get the sense that most Republicans around here are well-positioned for the Rubio candidacy, for the Bush candidacy,” he said, meaning both Sen. Marco Rubio (R-Fla.) and former Florida Gov. Jeb Bush (R) have their sympathizers and surrogates in the lobbying world. “But I don’t think I know anyone here who knows anything about Trump.”

Many have theorized that a Trump candidacy could shock the electorate, ensuring a victory for likely Democratic nominee Hillary Clinton and maybe, just maybe, handing Democrats the Senate as well. In that case, Klein said, she would be well-served by his old boss.

“If there’s a President Hillary Clinton, she will do very well with Schumer as a right hand,” he said. Schumer is slated to be the top Democrat in the Senate when Sen. Harry Reid (D-Nev.) retires, and a Trump candidacy could mean a promotion.

Klein still wonders what life would be like as a rabbi. It never seems to be far from his mind: The phrase “the agony and the ecstasy” invokes his late mentor, Rabbi Harold White, the first Jewish clergyman to teach at Georgetown.

“That was a phrase that he used all the time, this divide in this world,” Klein said. Klein often visited White while he was in hospice, before his death in September this year. “He was a big part of why I seriously considered being a rabbi, and why I majored in theology.”

Klein seems content straddling the divide. He lives in Chevy Chase, Md. with his wife, two children and a great Pyrenees-black Labrador mutt named Boaz (“It’s a biblical name,” he said. “I thought it sounded cool.”). He has standing tickets to Hoya basketball, and he often brings his kids. If he frets about anything, it’s orchestrating a Mike’s Hardware experience for them – something that can provide similar tutelage in the real world.

“Going to work as a kid is not something most want to do,” he said. “But looking back on it, it’s the best time to learn stuff about real people. It’s hard to recreate. I have a few more years to figure out it, but I think it’s very important.”

Sadly, Mike’s Hardware won’t be an option: his father retired and closed the store after 30 years of ownership. Irvington today is a little shabbier, Klein said, but the structure still stands.

Correction: This post has been updated to properly identify control of the Joint Economic Committee. The committee shifted from Senate to House control in 2009. It has also been updated to reflect Klein’s 1999 graduation from Georgetown.