Dave Camp: “I Wanted To Write a Bill That Was Taken Seriously” 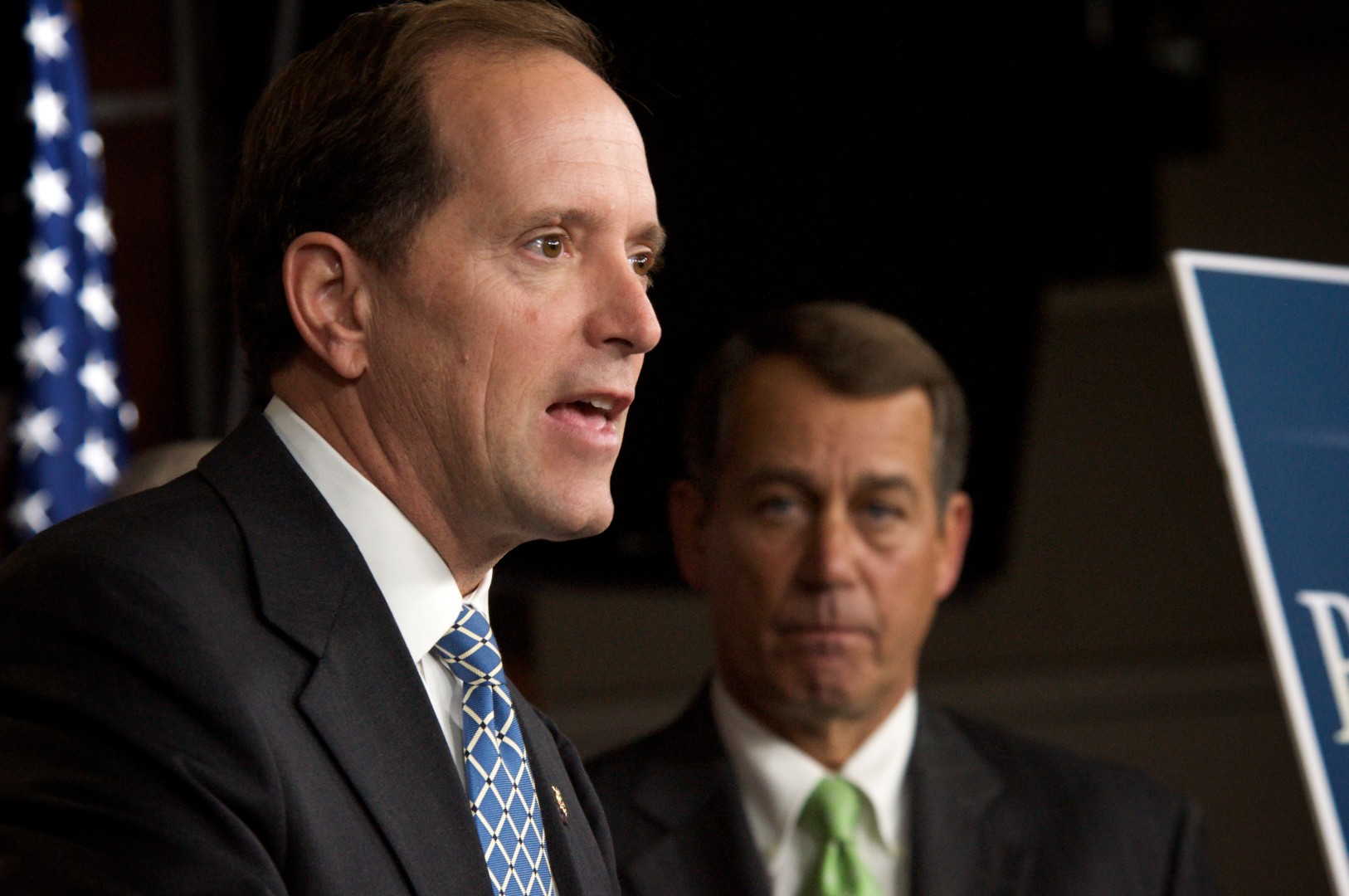 For a challenge as complex as comprehensive tax reform, timing is everything. The former chairman of the House Ways and Means Committee is encouraging his clients not to rest on their laurels in 2016.

Yes, it’s a presidential election year, during which pundits say nothing happens. But it’s also the year when tax writers will building the scaffolding for any tax overhaul that might happen the following years. It’s important to get in on the ground floor, so to speak.

“You never know when the sun, the moon, and the stars are going to align,” says Dave Camp, the former Republican from Michigan. “You’ve got to do the work and be ready.”

Camp believes the time is ripe to lay the intricate and contentious groundwork for a comprehensive tax plan. “In terms of the hard work of actually putting things together, I think 2016 will be an important year,” he said in an interview with Morning Consult.

Camp, who retired in January and is now a senior policy advisor at PricewaterhouseCoopers, still can lay claim to the most comprehensive tax plan written in recent years. His 2014 bill, H.R. 1, faced intense scrutiny from all segments of the ideological spectrum. It addressed all parts of the tax code. Republicans criticized it for only lowering the top individual tax bracket to 35 percent, and Democrats labeled it a handout to corporations.

That’s what Camp wanted — a plan that would get noticed and spark debate. “I wanted to write a bill that was taken seriously,” he said. “I feel like we did that.”

Most important, he wrote a bill that was detailed enough to receive an economic analysis from the Joint Committee on Taxation. That analysis took his plan out of the realm of fantasy and into the domain of actionable policy. “I wanted the score, I wanted the analysis,” Camp said. “It was important to do a comprehensive bill to get the growth, job, and income numbers that we got on H.R. 1.”

Camp feels strongly that tax writers should put pen to paper and get proposals out in the open, so the industry can react and give feedback. The tax code is a complicated animal, and it can take years to hammer out how one change can impact another provision. It requires lots of scoring and lots of input from stakeholders.

That’s why Camp isn’t as far from the debate as it might seem, though he is no longer on Capitol Hill. “At first when I got here, I thought, ‘What am I going to do,’” he said. “But there really is a need … to explain policy and process. I give [PwC clients] a window on the world here. What business people are trying to do is anticipate what the policy is going to be.”

This is Camp’s first foray in almost three decades in a job outside of politics. He spent 24 years as a House member, two years as a state representative, and two years as a staffer. Now, he says, he’s learning how to manage loads of email without a staff to sort out the important ones for him. That, plus the way the company and clients communicate, has been his biggest adjustment. “I’ve had to learn a lot about slide decks and conference calls,” he says.

His job is to translate the world of Congress to the world of business, which requires some degree of finesse.  “A lot of business people don’t understand why things aren’t happening now. They know in their world, if they don’t act, they go away,” he said. “There’s a pretty high level of frustration.”

The business community’s interest in changing the tax code is more intense than ever. The current imbalance in the tax code between the United States and other countries is putting new energy into the debate. Camp thinks the frustration on both sides of the political aisle could be enough to spur action, even next year.

“This is a tax emergency, in terms of international issues,” he said, pointing to the steady stream of U.S. companies that are headquartering overseas or letting themselves be bought out by foreign owners. “The problem really has been foreign acquisition of U.S. companies because our tax code is so broken and so out of step that we’re a target for takeover.”

Camp said the new leadership on the Ways and Means Committee is well-positioned to pursue an ambitious international tax plan. That’s different from his own situation a few years ago. Camp, as committee chairman, had to deal with House leaders that had no interest in pushing for comprehensive tax reform. Former Speaker John Boehner famously responded to Camp’s tax plan by saying “Blah, blah, blah.”

Camp thinks this spells good things for policymaking. “The speaker is their former chairman. They all know him and have good working relationships with him, and he’s knowledgeable on tax issues and wants to do it,” he said. “You’ve got Kevin Brady whose time has come, who’s ready to be the chairman of the committee. And you’ve got a number of members who went through the H.R. 1 process.”

Camp can’t mask his enthusiasm for one of the most sought after committees in Congress. He’s still friends with all of the members and thinks highly of their abilities. He, as much as anyone, can feel their ambition. “They’re all looking forward to it, and I think it’s bipartisan. The desire of members who want to be involved in putting something big together is palpable — both parties. You run for office to do something and you want to be part of something important.”

Next year may be the year to lay the groundwork on a big tax rewrite, but Camp is skeptical that any deal can be completed while President Obama remains in office. Camp openly says the White House hasn’t been engaged in the tax conversations during Obama’s tenure. “A president needs to be committed to this. You’re going to need the backup and the detail work that the Treasury Department can do to get it right. Because you really want to get it right,” he said.

But Camp is encouraged by the tax proposals from both the Republican and Democratic presidential candidates. He says they show the necessary level of seriousness that will be required for successful deal-making. “Democrats tend to talk about this in terms of income inequality, and Republicans tend to talk about it in terms of economic growth. I think those are two sides of the same coin,” he said.

What’s more, other nations have continued to modify their tax codes to match changing economic needs, something Camp says the United States has failed to do. Now that the opportunity has come up to actually push through fundamental changes to the tax code, he thinks those in power have the responsibility to be prepared with a plan.

“The speaker has said that we want to be the proposition party, not the opposition party,” he said. “You’ve got to do the work and be ready.”