How the Obamacare Debate Evolved Beyond ‘Repeal’ or ‘Don’t Repeal’ 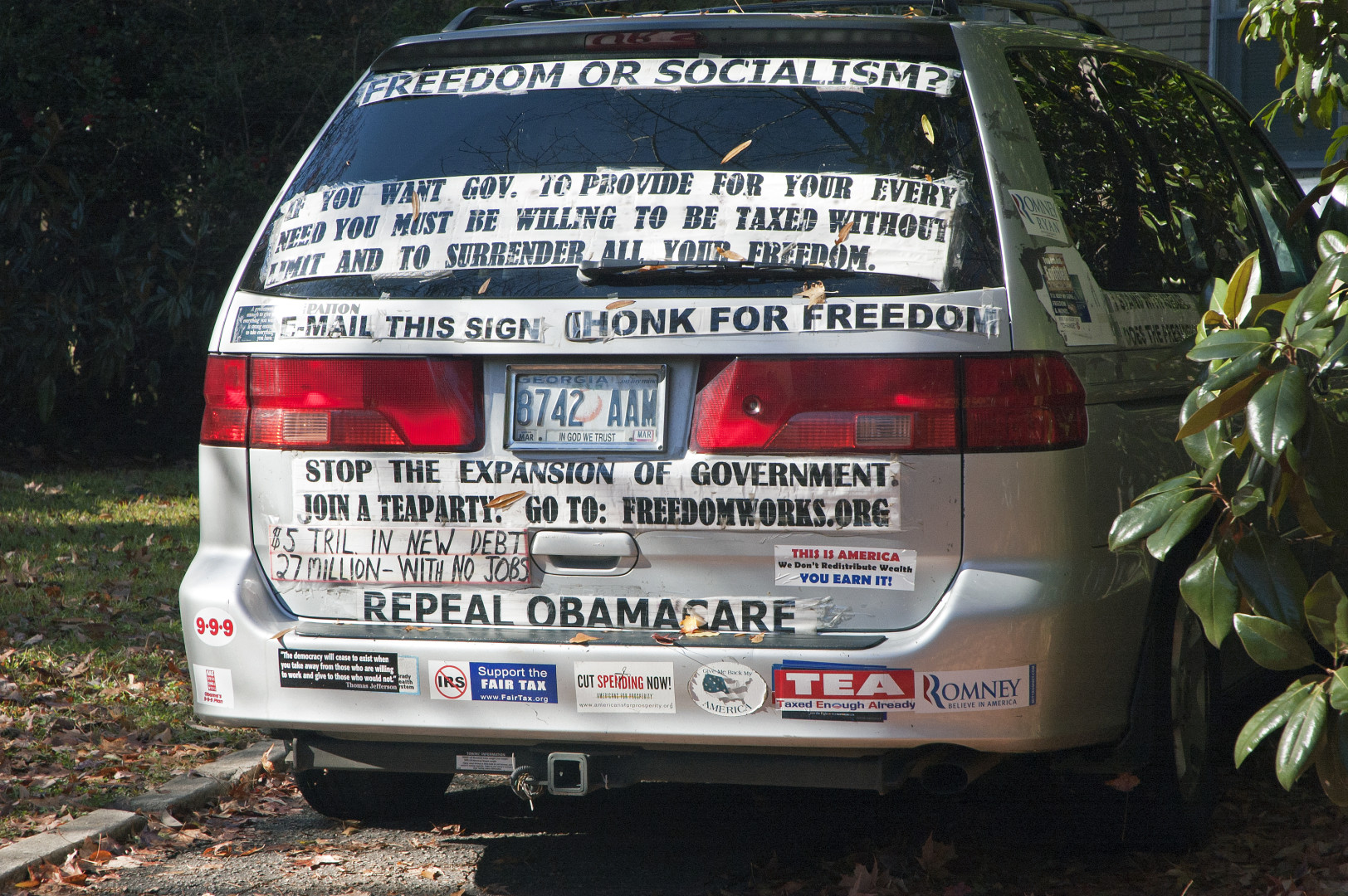 The fight over the Affordable Care Act is highly polarized. Image via flickr
By Caitlin Owens

Remarkably, over the past several weeks Congress managed to detached itself from the five-year debate over the success or failure of Obamacare and zoom in on specific pieces the the law.

The two major year-end bills, an omnibus spending bill and a huge tax package, would delay three prominent Affordable Care Act taxes. One is the Cadillac tax, on which there has been a bipartisan push for a delay. The tax and omnibus measures also include delays in the law’s medical device tax and health insurer tax.

Does this point to a new direction for the debate on Obamacare? Yes and no, say analysts. There is no doubt that the recent changes mark a new step forward in the public debate about the law. But they also are delays of revenue-raising provisions, and that may not bode well for the ACA’s long-term sustainability.

One thing is different. This conversation has been a lot less partisan. Last week, Sens. Dean Heller, a Republican from Nevada, and Martin Heinrich, a Democrat from New Mexico, together delivered a speech on the Senate floor advocating for delaying the Cadillac tax because, they argued, the tax is harmful to workers. The senators co-sponsored a bill repealing the tax earlier this year.

“We’ve tried to avoid making this about the Affordable Care Act itself, because clearly we see very differently,” Heinrich said in an interview. “The key is to make it about a particular provision, this excise tax, that’s very onerous that we both see eye-to-eye on, and try to keep the Affordable Care Act debate to another day, another time, or as a separate issue.”

Looking forward, the two senators are optimistic about using their approach to tackle other parts of the health care law.

This kind of exchange is in line with what many voters expect when it comes to Obamacare. A recent Morning Consult poll found that more than half of registered voters want Congress to improve the law (30 percent), expand it (15 percent), or just let it take effect (8 percent). Only about one-third say they want Congress to repeal the law (27 percent) or delay and defund it (5 percent).

But delaying a few ACA taxes that pay for the law is arguably not the same as reforming it. The provisions contained within the year-end legislation are expected to cost the federal government $36 billion.

These final changes were as much a political trade-off as a policy alteration. Republicans were able to deliver on behalf of small businesses and insurers. Democrats answered to the demands of labor unions, whose biggest complaint about the ACA is the Cadillac tax. But the Cadillac tax delay, in particular, undermines one of the ways the Affordable Care Act is supposed to control rising health care costs.

“It’s easy to get together on a bipartisan basis to give away goodies to your constituencies,” said Loren Adler, research director at the Committee for a Responsible Federal Budget. “If delay begets eventual repeal of the Cadillac tax, that puts a big break in the ACA’s marriage between coverage expansion and cost control.”

The Cadillac tax is a 40 percent tax on expensive employer-provided health benefits. While it is widely unpopular both on and off the Hill, economists say it is necessary for addressing the decades-old employer-provided health insurance tax exclusion. The provision also is intended to slow down rising health care costs by encouraging employers to shop for less expensive plans. It’s revenues are supposed to help pay for Obamacare’s coverage expansions.

However, opponents of the Cadillac tax say it will hit more than just the overly generous benefit plans, and that workers will end up paying the excise tax through higher out-of-pocket costs. Opponents also disagree with economists’ predictions that the tax will cause employers to raise their taxable wages rather than offering more tax-free health benefits. In reality, they say, that’s not happening.

The medical device and health insurer taxes also help pay for the law. The Affordable Care Act contains a host of such taxes on various members of the health care industry. The idea was that everyone gave a little in order to receive the benefits of enhanced health care coverage. Many Democrats worry that delaying or removing taxes on some major industries opens the door for others to demand legislative breaks as well.

But most health professionals, on and off Capitol Hill, are skeptical that the recent negotiations mean other parts of the law are open to debate and update. One Republican lobbyist put it bluntly: “Not a chance in hell.”

The GOP is unlikely to divert from their repeal-and-replace mantra anytime soon. As recently as two weeks ago, the Senate passed a law repealing major pieces of Obamacare with a simple Republican majority. The House is expected to take up the bill in January, after which it will head straight to the president’s desk and Obama’s veto pen.

“We know there are things that we’d like to do to strengthen the ACA and deal with any issues that are problems. It would be great if that meant people would move off of trying to just repeal health care for 17 million people and start working on some problems,” Sen. Debbie Stabenow (D-Mich.) said of the recent ACA tax negotiations.

But delaying the three ACA taxes is “horse-trading in the most basic political type,” said Doug Holtz-Eakin, president of the American Action Forum and a former advisor to John McCain’s 2008 presidential campaign.

The Obamacare taxes, particularly the Cadillac tax, presented lawmakers with a unique opportunity to come together, observers say. Democrats, by and large, wanted to get rid of something that unions hated. They found enough willing Republican partners that the GOP could agree to trade a delay of the medical device tax for a delay of the Cadillac tax.

But the timeline was even more crucial to the action on the taxes. Many employers begin planning benefits between 12 to 18 months in advance of the cuts actually taking place. Although the tax was not scheduled to go into effect until 2018, rates for the year must be submitted or announced sometime around mid-2017. Backing up 12 to 18 months, lobbyists say, means that employers are beginning to plan 2018 benefits right around now.

The window of opportunity was also closing politically. Republican presidential candidates are running on the premise they will repeal and replace Obamacare, making the chance of Congress working to improve the law next year slim to none.

“I don’t think you’re going to expect much to happen at all in a presidential election year,” Sen. Chuck Grassley (R-Iowa) said.

Even before the deals were announced, other Republicans were already seizing on Democratic opposition to the Cadillac tax as a messaging tool against the Affordable Care Act. “I believe the Democrats realize that this is not helping the American people in the way that they promised and the way the president promised. And it would have been better had they actually read the bill and thought it through before they voted on something that has had this detrimental of an impact,” said Sen. John Barrasso (R-Wyo.) in an interview.

This recent deadline-driven legislative action on the ACA could indicate that lawmakers may be able to negotiate other problems with the law as they arise. But most lawmakers and lobbyists have a hard time imagining a situation in the near future that will present the same kind of perfect political opportunity. “I don’t mean to be negative, but I’d like to see what actually transpires into policy, which is more meaningful, as opposed to just repealing a tax no one likes,” said Sen. Bill Cassidy (R-LA).