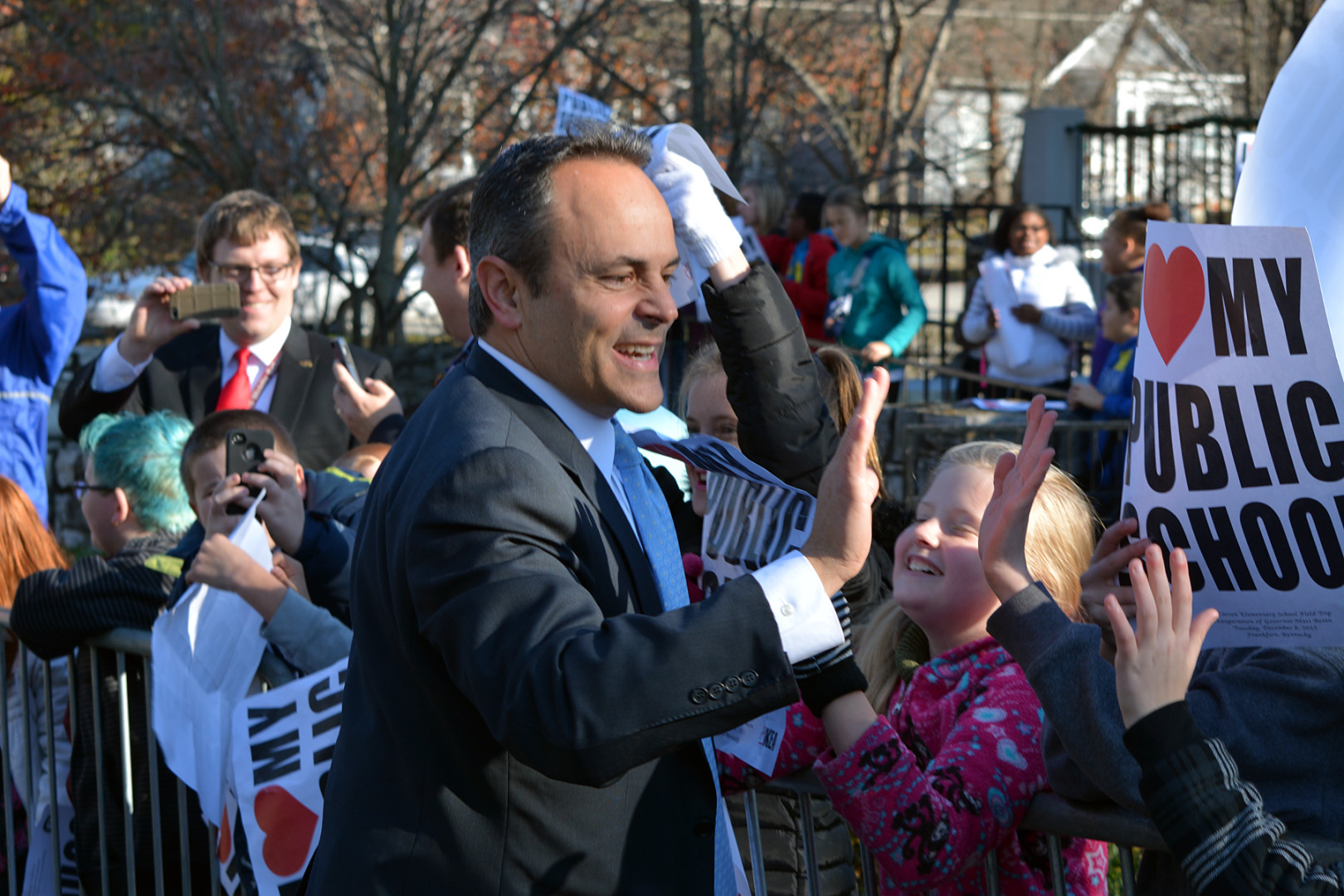 A year ago, Matt Bevin was on Kentucky Republicans’ bad side, thanks to his scorched-earth primary challenge to Sen. Mitch McConnell (R). Bevin’s political future looked bleak. Even after he won the gubernatorial primary, by a few hundred votes, Bevin clashed with national Republicans who wanted him to invest more of his own money in the race.

But now, just weeks into his tenure as governor, Bevin is proving to be a team player — and he’s paving the way for Republicans to take a real shot at winning back the state House, the last legislative chamber in a Southern state controlled by Democrats.

Bevin this week has appointed two Democratic legislators to state jobs: State Rep. John Tilley will become the Secretary of Justice and Public Safety, and state Rep. Tanya Pullin will be an administrative law judge.

When Tilley and Pullin quit the legislature, Democrats will hold a 51-45 majority in the state House, with four vacancies, including two Republican seats vacated by members who won statewide elections in November. Another legislator, state Rep. Denver Butler, switched parties in November. And state Rep. Mike Denham (D) will leave his rural district next year, giving Republicans another pickup opportunity. All 100 seats in the state House are up in 2016.

Republicans haven’t controlled the Kentucky state House since 1921. If they net enough seats to win control next year, it would give the GOP the gavels in every single legislative chamber in the South, and total control of state government in every Southern state except Virginia. Democrats talk a big game about their return to power in state legislatures, but the situation in Kentucky suggests Republicans haven’t even hit their peak yet.

What’s Mitch McConnell think of his erstwhile rival now? McConnell says Bevin is “off to a great start on a number of fronts.”

Executions Down, Grad Rates Up

Twenty-eight prisoners were put to death in 2015 in six states, the Center said. Twenty-four of those executions were conducted in three states: Texas, Missouri and Georgia. At the same time, six death row inmates — in Alabama, Arizona, Florida, Georgia, Mississippi and Texas — were exonerated.

Eighty-two percent of U.S. high school seniors graduated in the 2013-2014 school year, the highest level measured by the National Center for Education Statistics, as the gap between white and minority students continues to narrow.

Hawaii is the healthiest state in the nation for the fourth year in a row, according to the annual America’s Health Rankings report compiled by the United Health Foundation. Low rates of obesity, smoking and deaths from cancer, as well as low uninsured rates, all contributed to Hawaii’s healthy living.

Wisconsin: Gov. Scott Walker (R) on Wednesday signed legislation eliminating Wisconsin’s Government Accountability Board. Two separate commissions overseeing ethics and elections will spring up in its place. The GAB investigated Walker’s campaign for allegedly coordinating with outside groups during the recall campaign. On Thursday, the GAB settled a lawsuit brought by the Club for Growth, who were targets in the recall investigation; the board won’t face any financial penalties.

Michigan: Speaking of changing election laws, Gov. Rick Snyder (R) is considering whether to sign a bill to end straight-ticket voting, a measure passed by the legislature on party-line votes. Republicans stripped out a provision that would have expanded access to absentee voting. The legislature also passed a measure that would allow outside groups to spend more on political races, essentially creating in-state super PACs.

New Jersey: And, lest you get the impression that tinkering with election rules is a purely partisan affair, New Jersey Democrats advanced a proposed constitutional amendment that would give them an advantage for what could be decades to come. The amendment would require at least 10 of the state’s 40 legislative districts be “competitive,” which sounds great except that competition would be measured by how each party performed in recent presidential elections. In a state with 700,000 more registered Democrats than Republicans, that bakes in a Democratic advantage. Voters will have the final say if the legislature passes the amendment.

Montana: Gov. Steve Bullock (D) will choose a lieutenant governor by the end of the year, he said this week. Lt. Gov. Angela McLean (D) is resigning as of Jan. 4 to head a department in the Office of the Commissioner of Higher Education. Emails show McLean was concerned as far back as May that Bullock was thinking about replacing her on the 2016 ballot; by November, she and Bullock hadn’t spoken in a month. Bullock is said to be considering state Labor Commissioner Pam Bucy and Secretary of State Linda McCulloch (D).

Nevada: The NRA is making its first foray into Snapchat in a campaign against an initiative that would strengthen background checks on gun purchases headed for the 2016 ballot. The NRA paid for Snapchat ads and filters during the hours leading up to the Republican presidential debate Tuesday in Las Vegas.

Delaware: Pot smokers, rejoice. A law decriminalizing the possession and personal use of up to an ounce of marijuana went into effect after midnight this morning, six months after Gov. Jack Markell (D) signed it. Criminal charges will still apply to those under 18 and anyone smoking in public. Markell has said he won’t sign legislation legalizing marijuana; Rep. John Carney (D), running to replace the term-limited Markell next year, says he wants to wait and see how decriminalization goes.