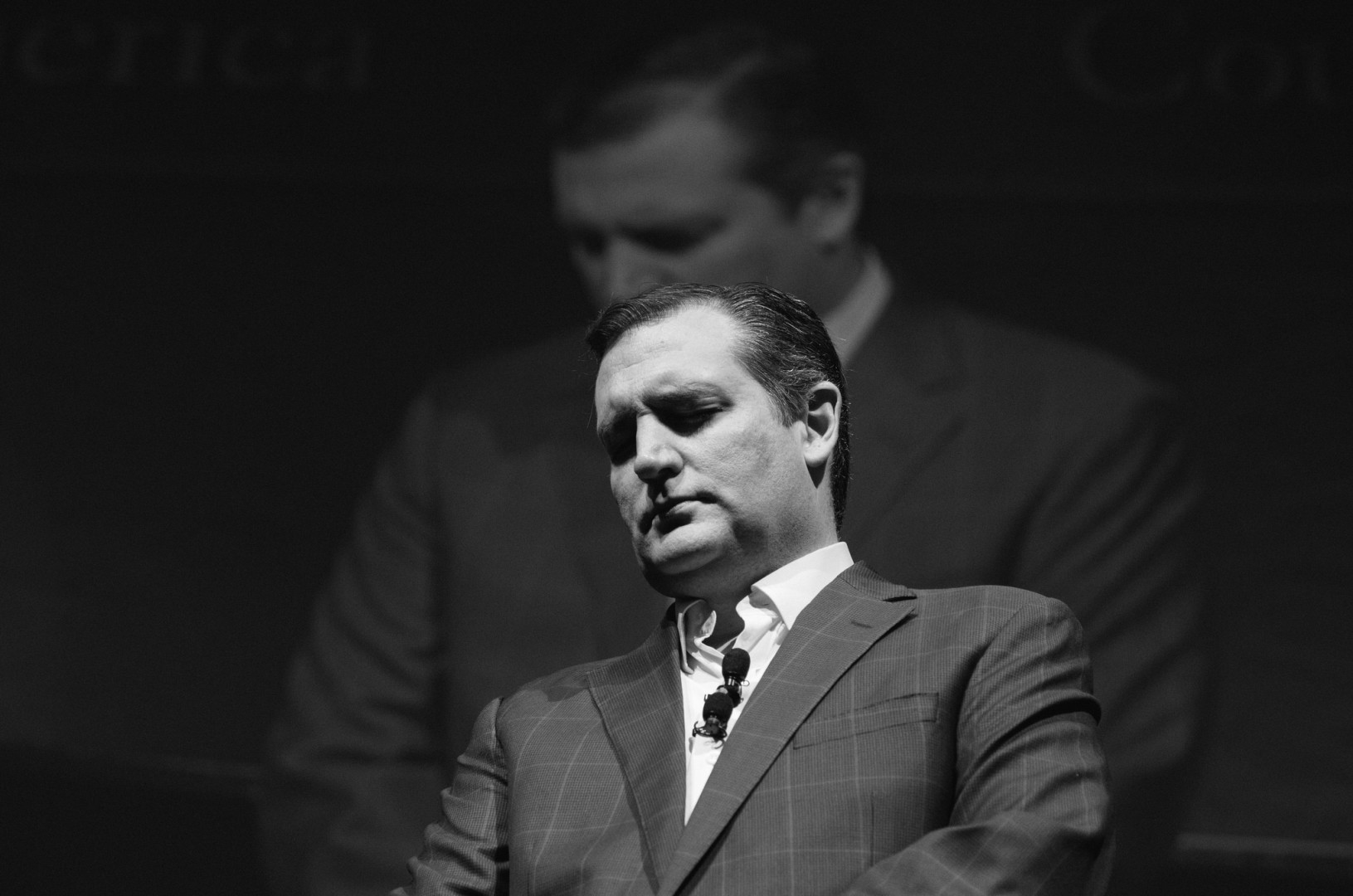 Two weeks before Iowa Republicans meet for the first nominating contest of the year, the most potent attack on front-running Sen. Ted Cruz of Texas has nothing to do with his positions on ethanol or crop subsidies or even immigration. Instead, voters are starting to hear about questions over Cruz’s very eligibility to become president.

A new Morning Consult survey finds 58 percent of registered voters — and 66 percent of self-identified Republicans — have heard at least something about Cruz’s eligibility to be president. And about a quarter of Republicans, 26 percent, say the Texas senator is not eligible to serve.

Donald Trump and other Republican contenders have publicly raised the issue as Cruz rises in the polls. “I don’t think Ted Cruz can even run for President until he can assure Republican voters that being born in Canada is not a problem. Doubt!” Trump tweeted on Monday.

Cruz, born in Canada to an American mother, has sought to brush off the attacks, though the poll shows voters are paying attention. Thirty-nine percent of voters, and 38 percent of Republicans, say they know Cruz was not born inside the United States.

When told Cruz was born in Canada to an American mother and has always been a U.S. citizen, 62 percent of all registered voters and two-thirds of Republicans say he is eligible to be president.

Cruz says the issue is settled law, and in fact Republicans have nominated several presidential contenders who were not born inside the United States, including Sen. John McCain (R-Ariz.), who was born in the Panama Canal Zone, and the late Sen. Barry Goldwater (R), who was born in Arizona before it became a state in 1912.

But legal scholars are less certain of whether Cruz qualifies as a natural-born citizen. The law that defines the criteria for natural-born citizenship — Title 8, Chapter 12, Subchapter III, Part I, subsection 1401 — includes a provision defining citizenship for those born outside the U.S. to one parent who is a citizen, though questions remain over whether that provision applies to Cruz. The Supreme Court has never taken up the issue.

Regardless of the new controversy, Cruz still enjoys a strong image among Republican voters: 62 percent say they view him favorably, higher than any Republican presidential candidate other than Trump, whose favorable rating sits at 65 percent among Republicans.

But Trump still leads the Republican field nationally, pulling 39 percent of the vote among both Republicans and Republican-leaning independents. Cruz finishes a distant second, at just 13 percent; no other candidate garners double-digit support.

So-called “Birther” controversies have proven capable of developing a long shelf life. Even after releasing his long-form birth certificate, 34 percent of all registered voters — and 51 percent of Republicans — do not believe President Obama was born in the United States (3 percent of voters say they don’t think Hillary Clinton was born in the U.S., either).