Richard Shelby: Man of the People? 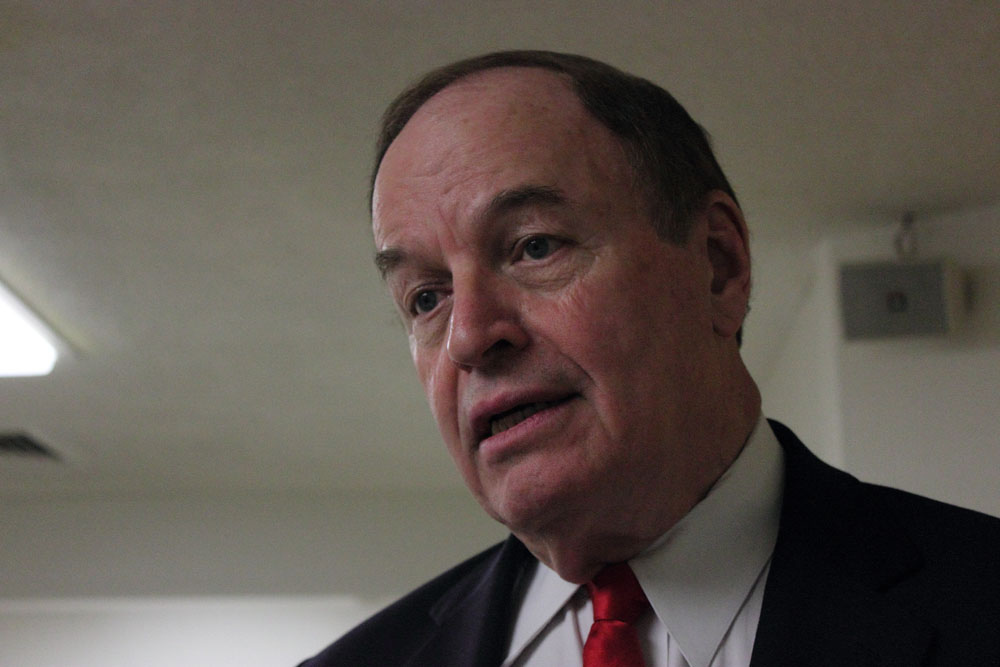 Shelby is touting his opposition to TARP on the campaign trail. (image via Flickr)
By Reid Wilson

Eight years ago, Sen. Richard Shelby (R-Ala.) was one of the few officials in the room when President George W. Bush and then-Treasury Secretary Hank Paulson briefed members on the need for a bailout package for big banks. Now, facing a challenge from the right, Shelby is playing up his vote against the Troubled Asset Relief Program.

“Bailouts reward failure and punish taxpayers. You know that, Sen. Shelby knows that,” Birmingham businesswoman Shannon Riley says in a new ad paid for by the Shelby campaign. “Then why is Washington so stupid?”

Shelby, chairman of the Senate Banking Committee, has close ties to the finance industry. He’s taken more than $1.2 million in campaign contributions from commercial banks since he first ran for Congress, according to data compiled by the Center for Responsive Politics, and another $1.7 million from the securities and investment industry. Together, those two industries represent his largest donors this cycle.

Shelby faces four Republicans in his March 1 primary, and he’s not taking the challenge lightly: His campaign has spent more on air than any other Senate candidate so far this year. He’s dropping another $566,000 on radio, cable and broadcast airtime across seven Alabama media markets this week alone, adding to the $2.5 million his campaign has already spent.

Shelby’s main opponent, retired Marine Capt. Jonathan McConnell, has run his own ads attacking the incumbent’s conservatism. McConnell is spending about $75,000 a week on airtime, and his campaign called Shelby’s new ad hypocritical, given later votes to bail out Fannie Mae and Freddie Mac.

There are signs some mainstream Republican groups are worried about Shelby’s prospects. The Austin-based Citizen Super PAC reported dropping $290,000 in television and digital ad spending last week, and One Nation, the American Crossroads affiliate, has booked about $140,000 in ad time that started running last week.

National Republicans have worked hard to ensure that none of their incumbents are surprised by conservative challengers, and so far none of the most significant conservative outside groups — the Senate Conservatives Fund, the Club for Growth or FreedomWorks — have engaged in Alabama. Those outside ad buys on Shelby’s behalf may be a (relatively) inexpensive way of sending the message that getting involved in Alabama would be a pricey proposition.

Then again, any time someone faces off against an incumbent with $19 million in the bank, the fight isn’t going to be cheap.