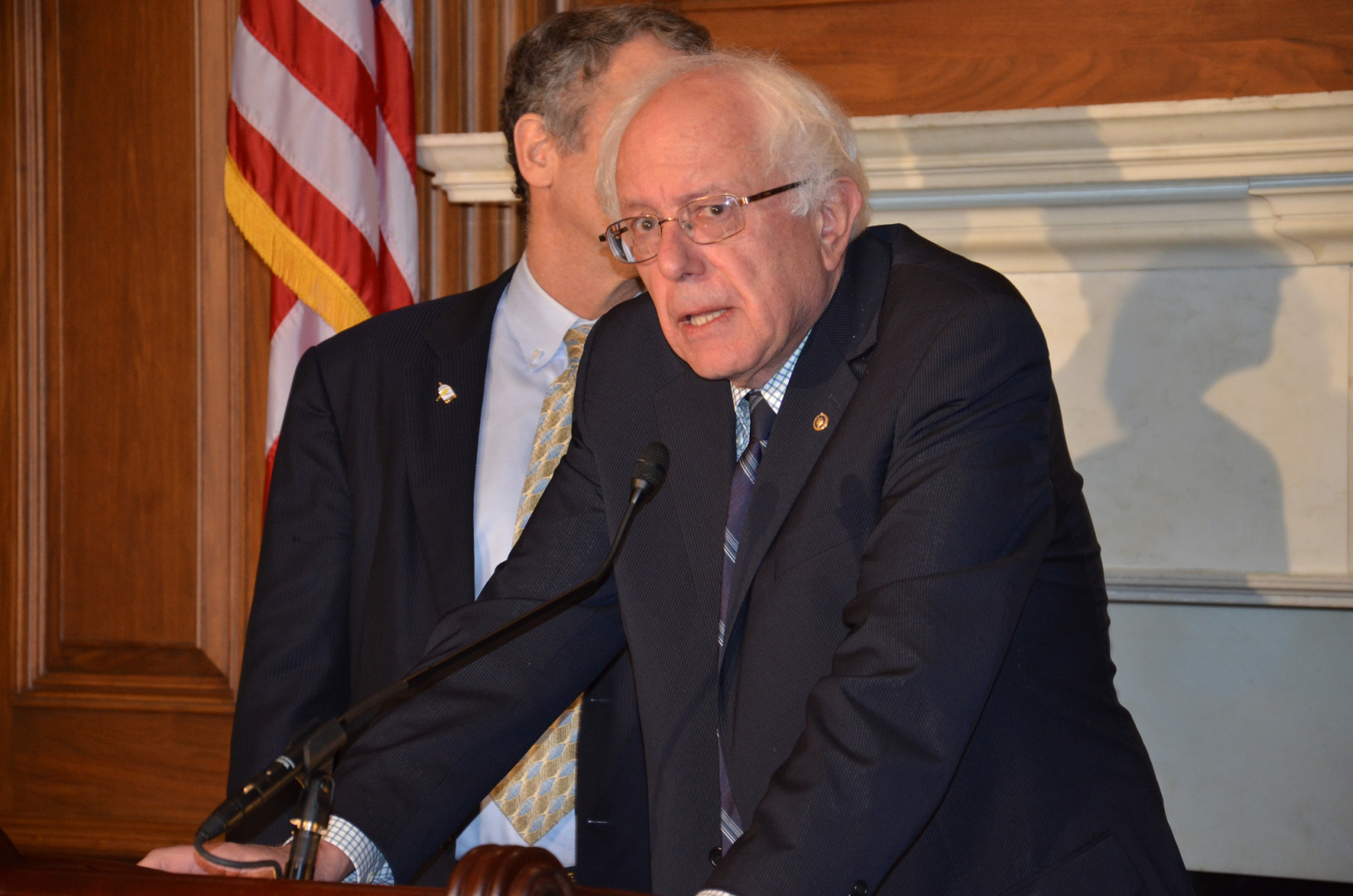 Sanders is polling higher than ever after the caucuses. (Image via Flickr)
By Reid Wilson

The poll, conducted Tuesday and Wednesday, finds real estate developer Donald Trump maintaining a significant lead over the Republican field, with 38 percent. Sen. Ted Cruz (R-Texas) finishes second at 14 percent, and Rubio finishes third, with 12 percent. Rubio and Cruz have both seen their support rise by three points over the last two weeks, while Trump’s numbers are down slightly.

No other Republican finishes with more than 10 percent of the vote; retired neurosurgeon Ben Carson clocked in at 9 percent.

*Due to a processing error, a previous version of this table inaccurately reported the results for the Jan. 29-Feb. 1 poll. We regret the error.

Cruz and Rubio are both making inroads among the most conservative voters in the Republican field; Cruz takes 14 percent of conservatives, while Rubio takes 12 percent. Trump does best among Republican voters who call themselves moderates, scoring 47 percent of the vote with those voters.

On the Democratic side, Sanders scores 35 percent of the vote, his highest-ever percentage in a Morning Consult survey. Former Secretary of State Hillary Clinton, who edged Sanders by the smallest of margins in Monday’s caucuses, maintains a significant lead with 51 percent.

*Due to a processing error, a previous version of this table inaccurately reported the results for the Jan. 29-Feb. 1 poll. We regret the error.

Clinton maintains a wide advantage among African American voters, 66 percent of whom say they support her. But Sanders leads by a 52 percent to 35 percent margin among voters between the ages of 18 and 29, mirroring a split laid bare by Monday’s caucuses, when 84 percent of younger voters chose the Vermonter.

Voters say they are paying attention to the 2016 race for president; 81 percent said they had heard a lot or some about the Iowa caucuses, and significant majorities correctly identified Clinton (66 percent) and Cruz (58 percent) as the respective winners.

Both front-runners face high expectations ahead of next week’s New Hampshire primary, the second contest in the nominating process. Thirty-seven percent believe Trump will win the Republican primary, ahead of 20 percent who said Cruz would win; and 42 percent see Clinton winning the primary, compared with 38 percent who said Sanders would win.

Recent polls of New Hampshire voters show Trump maintaining a strong lead, with Cruz, Rubio and a host of others fighting for second place. On the Democratic side, however, Sanders boasts a significant lead over Clinton.