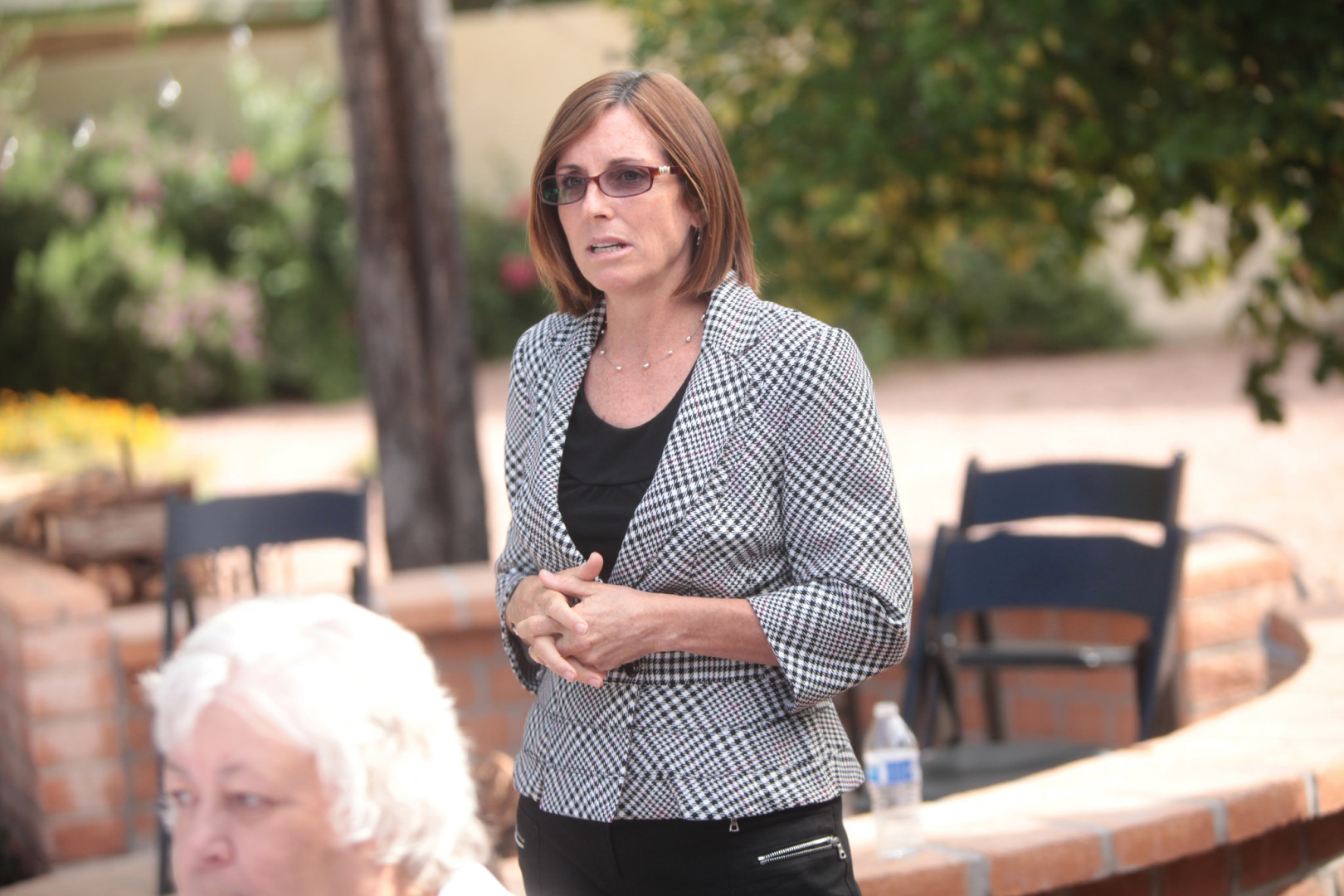 McSally is one of the fundraising leaders heading into November. (Image via Flickr)
By Reid Wilson

The vast majority of members of Congress running for re-election will have no trouble winning another term later this year, fortified by safely drawn seats and the advantage of incumbency. The unfortunate few in the crosshairs of the other party are rapidly working to give themselves another edge, through aggressive fundraising.

Nine of the most vulnerable Republican members of Congress and ten Democrats who hold the most competitive seats ended 2015 with at least $1 million on hand, according to reports filed with the Federal Election Commission.

Among the biggest cash hogs: Rep. Jeff Denham (R-Calif.) ended with $2.1 million in the bank. Rep. Martha McSally (R-Ariz.) will defend her Tucson-based seat with more than $1.9 million in the bank. Rep. Gwen Graham (D-Fla.), still in search of a district in which to run after a court-ordered redistricting altered her current seat, has $1.7 million on hand. Reps. Carlos Curbelo (R-Fla.), Bruce Poliquin (R-Maine), Lee Zeldin (R-N.Y.), Kyrsten Sinema (D-Ariz.), Julia Brownley (D-Calif.) and Raul Ruiz (D-Calif.) all ended the year with more than $1.5 million in the bank.

The end-of-year reports highlight a small handful of members whose fundraising has slowed, among them several incumbents who face uphill fights to save their own seats.

In Iowa, GOP Rep. Rod Blum raised only $122,000 over the last three months. In Nevada, GOP Rep. Cresent Hardy pulled in just $178,000. Both Republicans, who won Democratic-leaning seats in 2014, are among the most vulnerable members seeking a second term this year, and even Republican strategists think they face long odds.

Democrats also point to open seats in Minnesota, Michigan, Florida and Illinois — all but the Illinois seat are currently held by Republicans — where their candidates out-raised the top Republican. Former Florida Gov. Charlie Crist, a Republican turned Democrat, perhaps not surprisingly, started off at a particularly fast pace, raising $500,000 in his first few months in the race.

Individual candidate fundraising matters less at a time when a single donor can stroke a seven-figure check to the Democratic-backing House Majority PAC or the Republican American Action Network. But these early reports offer a preview of the candidates each side gets excited about — and therefore, where the outside money is likely to land later this year.