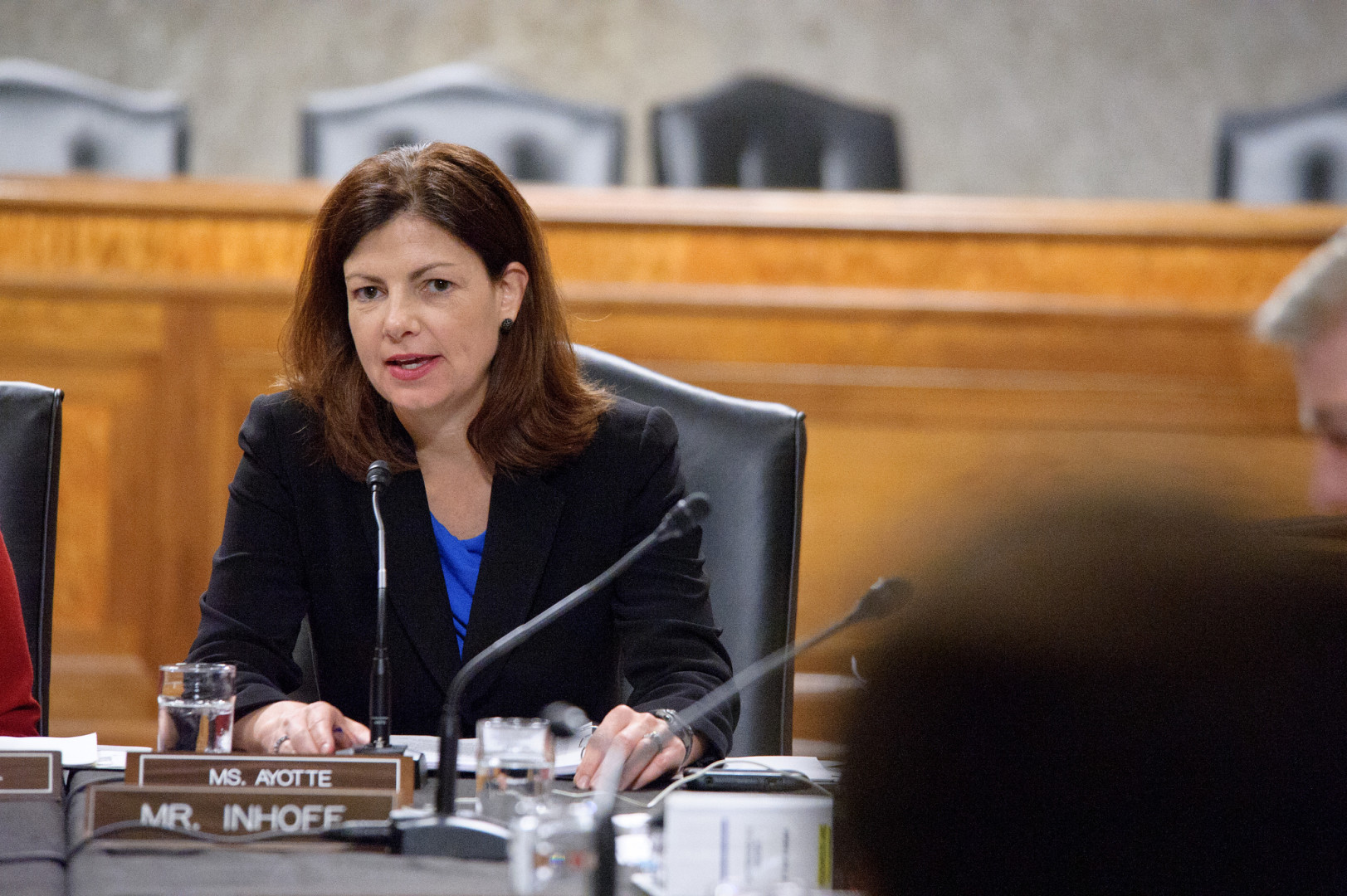 Ayotte doesn't sound thrilled about the prospect of a vote-a-rama. (Image via flickr)
By Will Dobbs-Allsopp

Ask a vulnerable Republican senator whether the Senate should do a budget this year and you’ll get various versions of “meh” in response.

It’s an important question because the budget process could force these senators — all in tight re-election races — to vote on tough political issues such as abortion or immigration.

“Listen if we do one, we do one,” said Sen. Kelly Ayotte (R-N.H.), who is facing a tough general election opponent in the state’s Democratic Gov. Maggie Hassan. “We’ve already set the budget numbers, so it’s clearly an academic exercise.”

Senate Majority Leader Mitch McConnell (R-Ky.) and Senate Budget Committee Chairman Mike Enzi (R-Wyo.) say they want to write and pass a spending blueprint this year, even though a budget agreement signed into law last fall has established the statutory funding caps for the year. Enzi and his counterpart across the Capitol, House Budget Committee Chairman Tom Price (R-Ga.), say they still plan on drafting budget resolutions this year that stick to those agreed-upon spending limits.

But a number of House conservatives have voiced concerns with that plan because the current caps boosted federal spending by $30 billion above previous limits. That blueprint was signed into law even though most GOP lawmakers voted against it.

With budget season directly in the foreground, GOP senators are starting to realize that doing their own budget work is going to be no easy feat. The White House is set to release its own federal budget proposal on Tuesday.

Congressional budgets don’t become law. They are traditionally used by whichever party controls the chamber to stake out messaging priorities on the role of government. But just because they don’t become law doesn’t mean putting one together is easy.

For one thing, 35 Republican senators last year voted against the spending levels that GOP leaders are aiming for. If some of those members don’t change their minds, a budget can’t pass the Senate because Democrats can’t be relied on for help.

One way McConnell and Enzi could win their colleagues back would be through the powerful reconciliation process that allows legislation to move through the Senate without the threat of filibuster. Republicans successfully used the tactic to get a repeal of the Affordable Care Act on Obama’s desk for the first time.

Republicans are now mulling whether to try that gambit again, perhaps even saving the next ACA repeal for the new administration. (Hopefully, in their minds, it will be a Republican one.)

But reconciliation is governed by complex rules in the Senate, making it a risky bet and less than ideal sweetener. Wisconsin Sen. Ron Johnson, another Republican facing a tough re-election, said that is his main concern when it comes to doing a budget this cycle.

There is a reason to hold back. Doing a budget in the Senate triggers “vote-a-rama,” a bizarre parliamentary session where lawmakers have an extraordinary ability to require roll-call votes on a broad spectrum of legislative proposals with no risk of them becoming law. Both parties have traditionally used the event to force members on the other side of the aisle to take difficult votes that can then become fodder for election-season advertisements. Whole votes can be tailored to put one vulnerable incumbent on the wrong side of an issue.

That’s a big problem in a year such as this one, when McConnell’s GOP conference is trying desperately to protect a number of vulnerable incumbents and preserve its slim majority.

At least one GOP incumbent up for re-election in November said he isn’t worried about political ad bait. “I’m not concerned about that,” Pennsylvania Sen. Pat Toomey said about having to participate in a vote-a-rama session. “I’m in favor of doing a budget.”

Despite underground rumblings of doubt, GOP leaders in both chambers insist, for now, that they will move ahead with drafting a budget. Amid the reports of budget frustration on his right flank, House Speaker Paul Ryan (R-Wis.) said the process is far from over.

“I think we’re doing fine,” Ryan told reporters Thursday in the Capitol on Thursday. “We always have these family conversations of what our budget should look like and how our budget should be rolled out, what its contents are.”