House Budget May Suffer Over GOP Dispute on Spending Levels 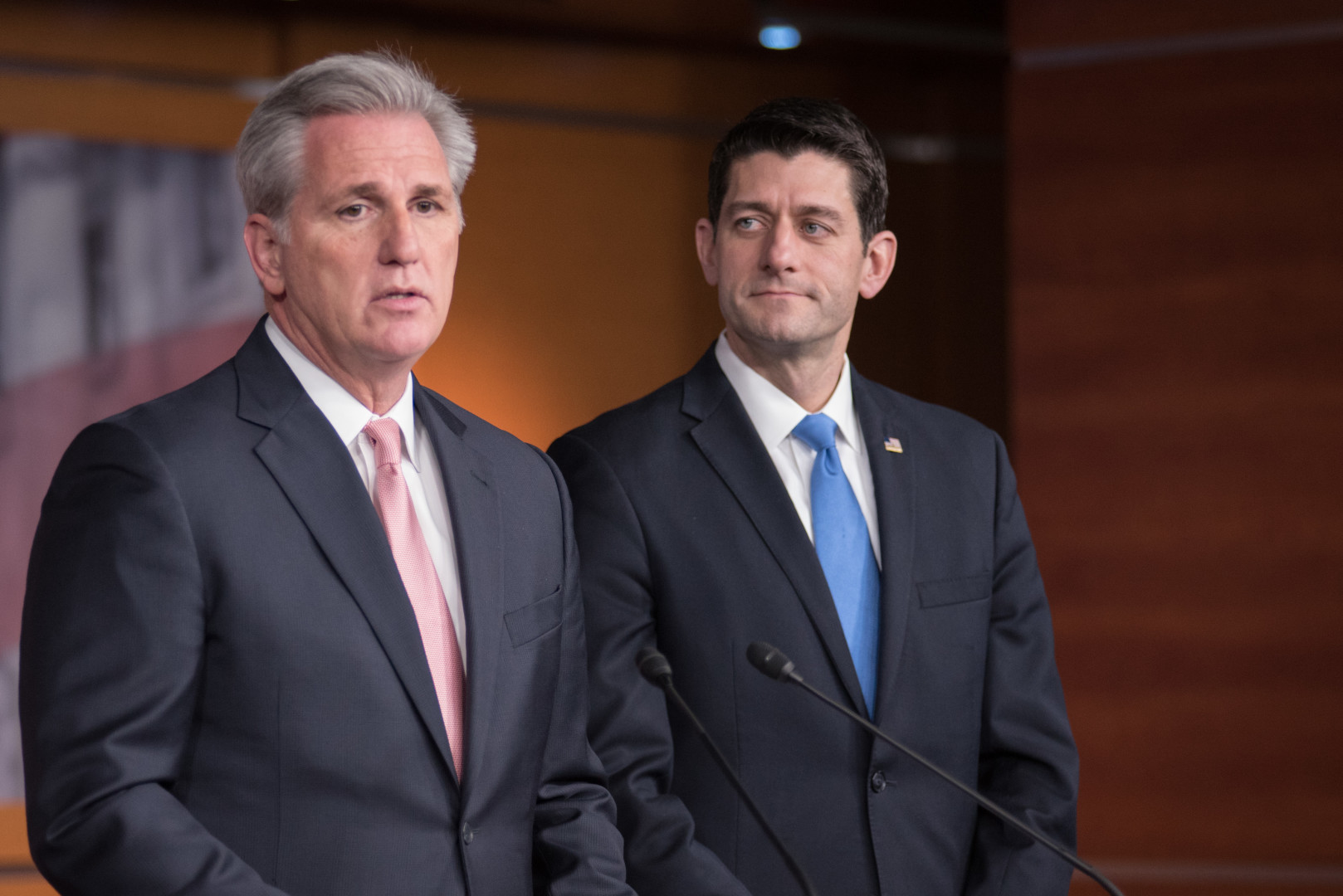 House Republicans are prepping for a budget debate. (Rob Kunzig/Morning Consult)
By Will Dobbs-Allsopp

House Republican leaders are moving briskly this week to address disputes within their conference over spending levels in a budget resolution that could be on the floor in March.

At issue are elevated statutory spending caps, signed into law late last year, that budgeters will adhere to in drafting the current budget resolution.

A number of House Republicans, many of them members of the upstart House Freedom Caucus, are balking at that prospect. They want House Budget Committee Chairman Tom Price (R-Ga.) to draft a budget that ignores the additional $30 billion in funding that was authorized by the deal. They note that a majority of House Republicans voted against the new spending levels at the time.

House Majority Whip Steve Scalise (R-La.) has organized listening sessions this week on the budget, according to a GOP leadership aide. These sessions will give GOP members of all stripes a chance to address their concerns with Price.

It’s a strategy that Speaker Paul Ryan’s (R-Wis.) team has employed — to much applause from House Republicans — ahead of tough votes. For example, he held several listening sessions leading up to a vote on an omnibus spending bill last year. Ryan, himself a former Budget Committee chairman, is participating in some of the meetings, the same aide said.

Another GOP aide said a conference meeting on Friday would also focus on the budget.

This is the last week the House is in session before the week of Feb. 22, when Price’s committee is aiming to write and vote on a budget. House Majority Leader Kevin McCarthy (R-Calif.) hopes to hold a floor vote the following week.

But those plans could be derailed if the GOP conference fails to fall in line. “They don’t have the votes to pass it right now,” Freedom Caucus member Rep. Tim Huelskamp (R-Kan.) said. “We’ve got six listening sessions coming up, and they’re going to hear some more.”

Speaking to reporters Wednesday, Ryan and other GOP leaders said it is too early to hit the panic button. “The conversation is just now beginning to take place,” said House Appropriations Chairman Hal Rogers (R-Ky.).

And though Ryan declined to wade into ongoing budget deliberations, he did say the chamber’s appropriators would stick to the agreed upon limits when it came to writing spending bills later this year.

“In order to have a good, working, viable appropriations process we’re going to appropriate to these numbers because we have agreement on these numbers,” Ryan said.