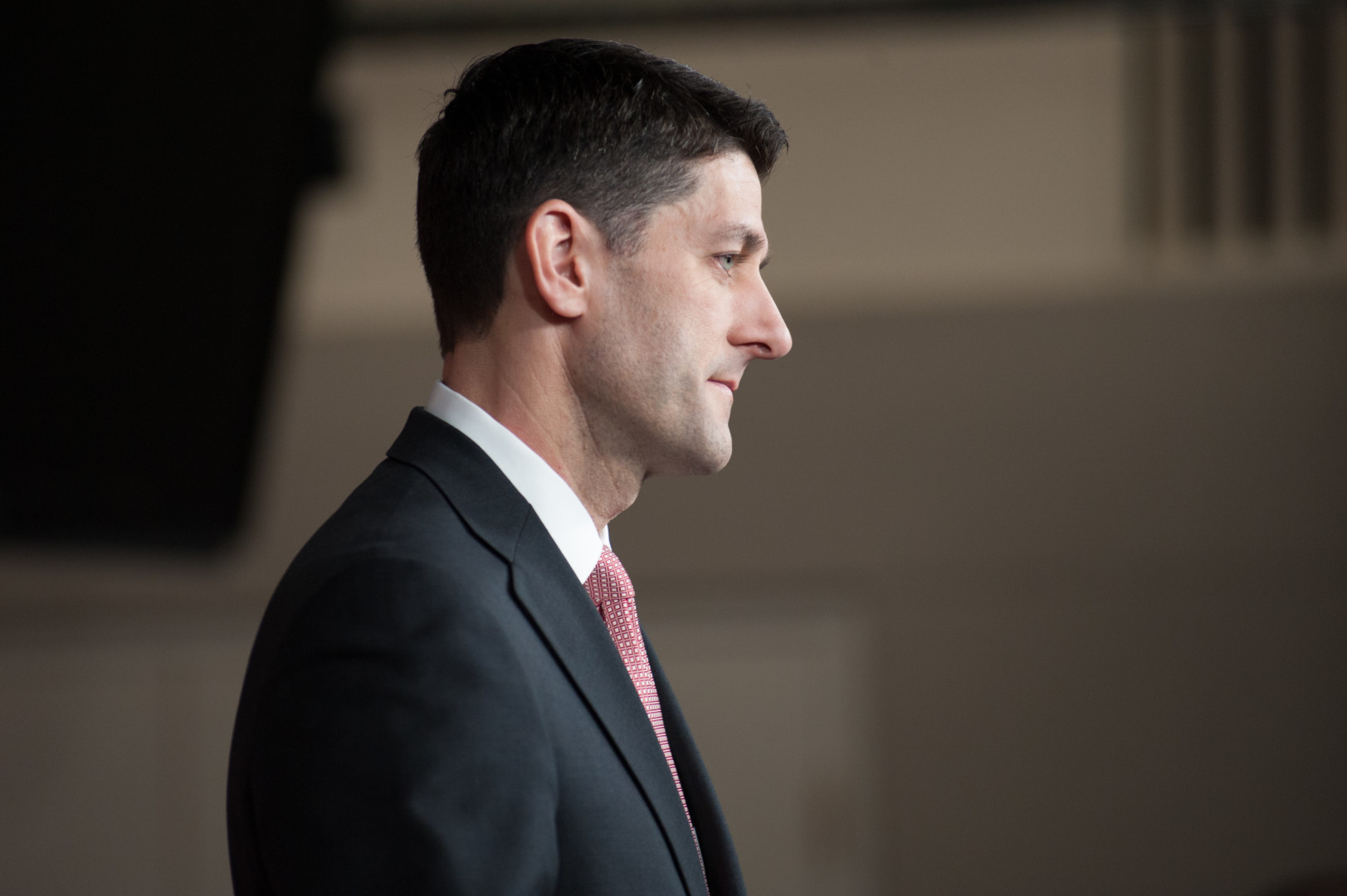 Ryan faces pushback on a GOP budget. (Rob Kunzig/Morning Consult)
By Will Dobbs-Allsopp

House Republicans met to discuss their options on drafting a budget resolution, as disagreements over spending levels continue to split the conference going into a weeklong Presidents Day recess.

The House could also simply not do a budget, relying on “deeming” language included in last year’s budget deal, and start writing government spending bills. So far, this option is a last resort for Republicans who still hope to write a budget resolution that illustrates the party’s policy priorities.

Rep. Scott Rigell (R-Va.), recounting the meeting, said Ryan clearly laid out how he thought each budget strategy would play out. The message was clear. Cut the spending level and the appropriations process stops before it begins.

Scenarios one and two, Ryan said, would lead the Senate to block any appropriations bill, almost certainly resulting in a continuing resolution in September and an omnibus spending bill after the election. Scenario three, while perhaps distasteful, gives House Republicans the best shot at moving individual appropriations bills through Congress.

Speaking to reporters after the meeting, House Budget Chairman Tom Price (R-Ga.) said his committee still intends to hold a markup on a budget the week of Feb. 22. There are rumblings that Price’s schedule could slip. Numerous members characterized Friday’s meeting as the first step in an ongoing discussion in which a committee markup is way down the line.

House conservatives, a number of whom are members of the House Freedom Caucus, are dismayed by the prospect of voting for a budget that takes it cues from the BBA, which raised spending caps by $30 billion. Noting that more than two-thirds of House Republicans opposed that deal last year, many fiscal hawks say they would rather see a Republican budget resolution that sticks to the pre-BBA levels.

And not all House Republicans agree with Ryan’s forecast of what would happen under each scenario.

In an interview with Morning Consult Thursday, Freedom Caucus member Rep. Mick Mulvaney (R-S.C.) outlined an elaborate legislative strategy along the lines of Ryan’s second scenario, a budget that only boosts defense spending.

Step one: Republicans would write a budget that reverted to pre-BBA top line numbers. But, to ensure the support of defense hawks within the conference, Republicans would fund military programs at the same elevated level provided for in the BBA, which increased security accounts by $15 billion. They would make up the difference by cutting spending on the non-defense side of the ledger.

Step two: House Republicans would then write and pass three or four appropriations bills, one of which would (importantly) be the defense spending bill. The others could elevate spending levels to the current cap because of…

Step three: At this point, Republicans would pause and offer Senate Democrats a deal. Pass those few appropriations bills out of the Senate and get President Obama to sign them into law. Once that happens, GOP lawmakers would revise their budget up to the Democrat-approved BBA levels and write the other eight or so spending bills. Non-defense funding that was cut in the original GOP budget would be restored.

Mulvaney said this plan would give skeptical conservatives the proof they need that the Senate will actually attempt to move through the appropriations bills without getting gummed up in arguments about amendments.

“I would go back and revise the budget to the higher number under the theory that, essentially, we’re paying $30 billion to reclaim the power of the purse,” he said.

“Here’s my concern,” Mulvaney said. “I believe, and I believe this is starting to filter through not just the conservatives in the party but the broader Republican conference, that Democrats in the Senate have figured out that they will never do an appropriations bill again ever.”

“That is a structural change that frightens me and should frighten a lot of people,” he continued. “We need to break that. We need to force the Senate to go back to the appropriations process.”