House Conservatives Like Budget ‘Menu’ — but Not Ready to Order 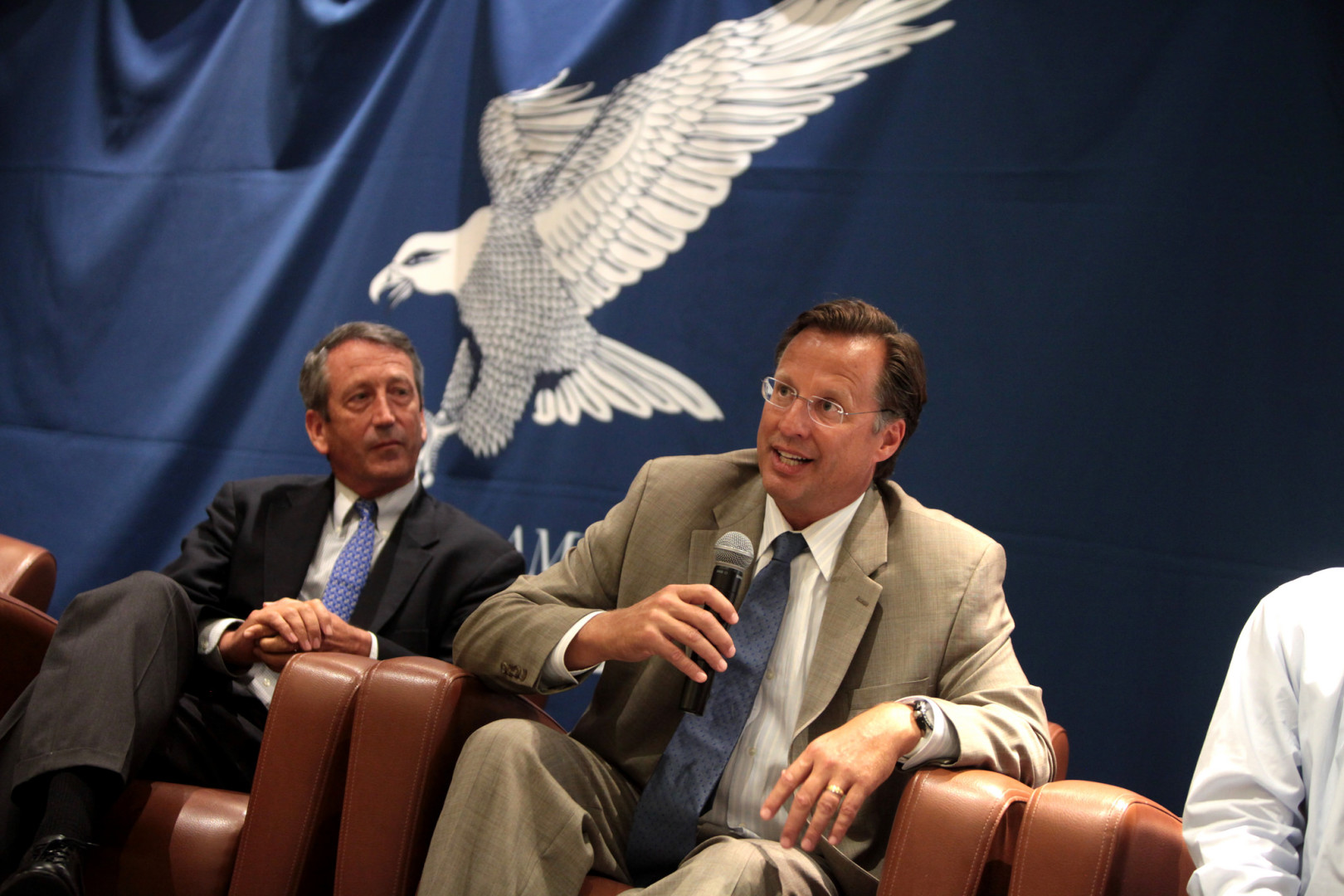 Brat, right, is yet to be convinced by Price's plan. (Image via Flickr)
By Will Dobbs-Allsopp

House Budget Chairman Tom Price may have the support he needs to get a budget through committee, but floor passage still remains a tall order.

That’s partly because the Georgia Republican has yet to present the proposal, itself unfinished, to the entire conference. Speaking to reporters outside of a Wednesday morning GOP conference meeting, the House’s chief budgeter said he said he does not know specifically when he will do so. The budget received little attention Wednesday morning, he said.

But it’s also due to the fact that, from the few details they have gleamed about the new plan, House conservatives are skeptical it is truly a departure from business as usual.

“No, I’m done voting for concepts,” said House Freedom Caucus founding member Rep. Mick Mulvaney (R-S.C.) when asked whether he could vote for a budget at higher spending levels in exchange for pursuing mandatory savings in separate legislation, as Price’s proposal suggests. “There’s a lot of ideas around here that don’t make their way into the final bill. Someone was using the term sidecar last night — I don’t know what that means, but I know I don’t trust it.”

Price’s budget panel has reached consensus on a spending and revenue blueprint that would balance the budget within 10 years, overhaul the budget process and lay out a menu of options to achieve significant mandatory savings in the near future. And the Georgia budgeter reiterated Wednesday that he has the support to move the plan out of the panel.

But getting a budget out of committee is only the first step. At the moment, the fiscal 2017 budget would match the $1.07 trillion discretionary spending cap, $551 billion for defense programs and $519 billion for non-defense initiatives, established by a two-year budget agreement signed into law last autumn. Over two-thirds of House Republicans opposed that deal, in large part due to the roughly $80 billion boost in federal spending it provided, $30 billion of which is slated for the upcoming fiscal year.

Members of the House Freedom Caucus, who view the budget deal as the legacy of former Speaker John Boehner, have been particularly insistent that Price and GOP leaders draft a budget that, at a minimum, does away with the $30 billion increase for fiscal year 2017. House Speaker Paul Ryan (R-Wis.) has told his colleagues that such a move would lead Senate Democrats to halt the regular appropriations process and result in a year-end omnibus bill.

That’s why Price’s budget would include a number of illustrative examples about how to achieve savings in entitlement programs, such as Social Security or Medicare. They’re intended to demonstrate numerous ways that House Republicans could coalesce around a budget – even at higher-than-desired spending levels – and then pursue enough mandatory savings to make that spending palatable to fiscal hawks.

A committee aide said the ultimate decision about how to trim mandatory programs would be made by the entire House GOP conference. Conversations are ongoing, members and aides cautioned, as to which specific mandatory spending proposals will make it into the final text.

But some details are emerging about what options the Price budget might highlight.

One example would involve attaching mandatory spending cuts to the year’s appropriations bills. That approach, however, would almost certainly fall upon deaf ears across the aisle.

“We’re going to be very reticent about anything that tries to go beyond the deal,” House Minority Whip Steny Hoyer (D-Md.) told reporters Tuesday. “I’m hopeful that the Republicans will maintain their credibility and faithfulness to a deal they made.”

Even Price’s GOP colleagues on the Appropriations Committee don’t like that idea. A spokeswoman for Appropriations Chairman Hal Rogers (R-Ky.) said Tuesday that despite his long-time personal support for mandatory and entitlement reform, “the appropriations process is not the best way to enact them.”

Another example would show how Republicans could once again use the budget reconciliation process to circumvent Senate Democrats, this time in a bid to win mandatory savings.

“For example, one of the things being discussed is a vote on a balanced budget, because we haven’t had one in the House in a number of years,” he said. “There are a lot of people who believe that would be an important thing to do.” Once budget season comes to a close, Price has said he intends to turn his committee’s attention to a rewrite of the 1974 Congressional Budget and Impoundment Control Act.

Yet Mulvaney and other Freedom Caucus members have repeatedly said it would take more than the promise of a vote, on mandatory spending cuts or anything else, to win their backing of the elevated spending levels.

Rep. David Brat (R-Va.), who sits on Price’s committee, said he was pleased with the attention in the new proposal to finding savings, but cautioned he would withhold his judgment until he got a better sense of whether those mandatory cuts could be enacted into law this year.

“I was glad to see the menu. It seems to have expanded,” he said Wednesday. “I’m waiting for the numbers on paper there for the amount of savings we get this year in law. We kind of have a floor of $30 billion and [are] trying to recap $80 billion in total over the next few years.”

Still, as has been the theme so far this year, even the members’ most hesitant about the direction the House Republican Conference is headed on a budget are generally upbeat about Ryan’s leadership.

“The good news is the conversations are much more open than they used to be,” Mulvaney said.