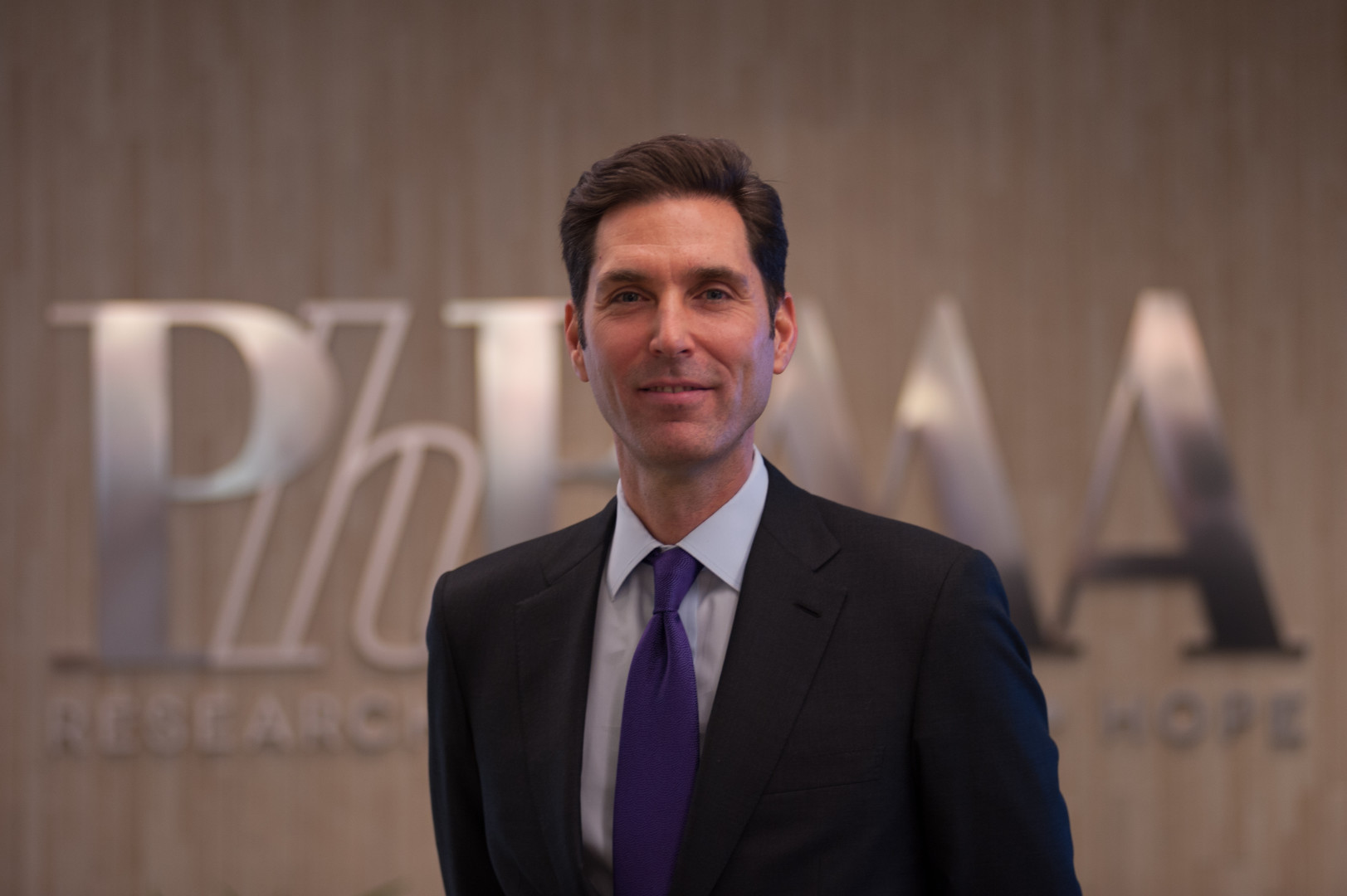 These are fraught times for the pharmaceutical industry. The Senate Special Commission on Aging is looking into the price of drugs, a topic that has become fodder for Democrats on the presidential campaign trail. And a recent House Oversight Committee skewered some drugmakers – among them, the infamous Martin Shkreli, formerly of Turing Pharmaceuticals – on the affordability and accessibility of their products.

“They inherently sense that we’re on the cusp of a golden era of medical discovery,” he said.  “We have this incredible opportunity in front of us to make a significant impact on public health, on people’s lives, if we can address the debilitating and costly cause of these diseases.”

Ubl came on at PhRMA last November, taking a corner office in the trade association’s offices at 10th and F Northwest after 16 years at medical device lobby AdvaMed. He’s been on a listening tour, talking to association members and former PhRMA CEOs.

“I think this organization is the best-in-class when it comes to policy development and advocacy,” he said. “Associations are at their best when they’re not talking past policy makers.”

However: “That’s not to say that improvements can’t be made.” Ubl’s just a few months into his tenure at PhRMA, but he said he wants his tenure to be marked by “constructive engagement.” To that end, he said, PhRMA is engaging with America’s Health Insurance Plans, their recent foil in the healthcare advocacy world.

“I would prefer not to get into a great amount of detail,” he said. “Conversations are at an initial level, but there is common ground that can be found.”

Still, Ubl’s industry is battling an image problem. Shrkeli, the ousted CEO of Turing Pharmaceuticals who raised the price of a rare disease drug from $11 to $750 a pill, has drawn attention with his leering grin and social media trolling.

Here Ubl’s sangfroid thaws a bit: “I don’t think anyone’s been more offended by his actions than what I would refer to as legitimate research-based members of pharma,” he said. Rather than recognizing “the ecosystem” of drug pricing, which Ubl said involves pharma companies, payers and hospitals alike, the conversation has turned “myopic,” focusing on Shkreli’s misdeeds and stunts.

If nothing else, he said, the Shkreli example underscores the need to expedite the approval process that brings drugs to market – the subject of Upton’s legislation to reform the Food and Drug Administration. “I think we should create a system whereby entrepreneurs are incentivized to eat Shkreli’s lunch,” he said. “But we can’t do that if it takes 50 months to get a competitor product on the market.”

Ultimately, Ubl said, the price of drugs is the wrong target for reform. “We should shoot at the right target,” he said. “The cost of the disease.” Ubl understands this on a personal level: his 11-year-old son was diagnosed with Type 1 Diabetes last year. It’s a chronic disease he’ll have to manage for the rest of his life, but that’s hard to explain to a boy who’s still getting used to the sight of hypodermic needles.

“It’s been a rough adjustment for him, and for family,” he said. “It’s a challenging disease, especially for kids – it demands constant vigilance at an age where they should be carefree.”

It has, however, given him a vested interest in the development of new treatments and cures for Type 1 Diabetes, like beta cell replacement therapy. “I’m among the millions of families that are impatient for better options,” he said. And the sooner critics “open the aperture” to discuss a system of healthcare expenses, not just the cost of drugs, the better.

Updated: This story has been updated to include Sen. Patty Murray’s support for medical innovation legislation. Sen. Alexander’s state representation has also been corrected. We regret the error.