What’s At Stake on Winner-Take-Tuesday 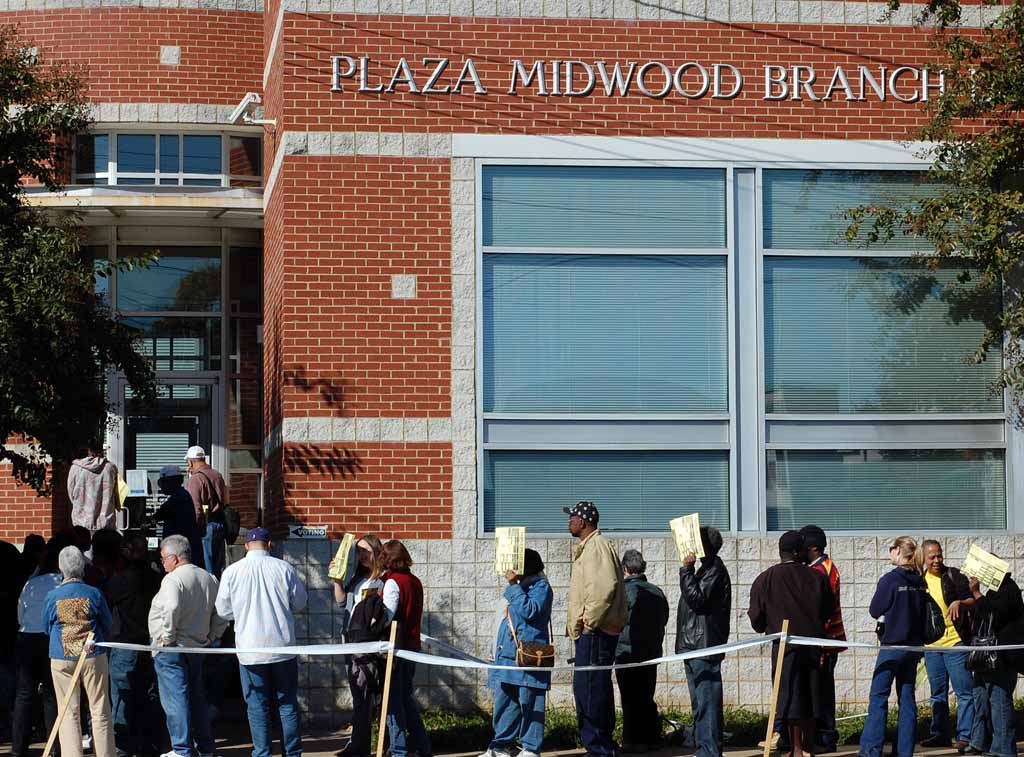 Voters in five states and a territory head to the polls Tuesday in primary and caucus contests with massive ramifications: By the time the polls close, the race for the Republican presidential nominating contest, at least, may be all but over.

That’s because Tuesday represents the first date on the calendar after which states can award Republican delegates on a winner-take-all basis. Four states that will be well-represented at the Republican convention in Cleveland will award their entire delegate hauls to the winner of even the barest pluralities — giving GOP front-runner Donald Trump the chance to build his biggest delegate lead yet.

The stakes on the Democratic side will make a significant difference in the race between front-runner Hillary Clinton and Sen. Bernie Sanders (I-Vt.), though probably not a determinative one: Democratic Party rules require all states to award delegates on a proportional level. But the contests on Tuesday will still test whether Clinton can put distance between herself and her liberal rival, or whether Sanders can make inroads among voters who have so far backed Clinton.

Polls close at 8 p.m. local in Florida. That means most of the state will be closed by 8 p.m. Eastern, but a handful of counties in the Central time zone will stay open until 9 p.m. Eastern.

Republican delegates are awarded on a winner-take-all basis, making Florida’s primary the single most important prize to date. It’s a must-win contest for Sen. Marco Rubio, whose campaign was late to organize in his home state. But polls show Trump ahead. Florida has played a herd-thinning role before: In 2008, Sen. John McCain’s win here forced former New York City Mayor Rudy Giuliani out of the GOP race.

Florida’s primary is closed, meaning it’s only open to registered Republicans. About a third of the state’s Republican voters told exit pollsters they were very conservative in the 2012 primary; those voters opted for former House Speaker Newt Gingrich over Mitt Romney, though Romney won big among somewhat conservative and moderate and liberal voters. Forty percent said they were white, evangelical born-again voters. Latinos made up 14 percent of the Republican electorate, a number Rubio’s team surely hopes will grow.

Only registered Democrats will be allowed to vote in the Democratic contest, which is good news for Clinton; She’s done best among voters who identify themselves as Democrats, while Sanders has done best among self-described independents. Even better news for Clinton: The Democratic electorate is pretty old, compared with other states. Nearly 40 percent were over age 60 in the 2008 primary, compared with just 9 percent who were under 30 years old.

Note: “Mar” is Marist, for NBC and the Wall Street Journal. “YGv” is YouGov, polling on behalf of CBS News. “FAU” is Florida Atlantic University. “M-D” is Mason-Dixon. “T-U” is the Florida Times-Union. “Tra” is the Trafalger Group. “Suf” is Suffolk University. “Qui” is Quinnipiac University.

Polls in Illinois close at 7 p.m. Central, 8 p.m. Eastern. If previous elections are any guide, expect down-state votes to come in first, followed — painfully slowly, in some years — by Cook County votes. That probably means Trump and Sanders will jump out to early advantages, especially given Sanders’s surge in last-minute polls, while moderate Republicans and minority voters in and around Chicago slowly add to others’ totals.

The Republican primary is open to any registered voter, good news for Trump. It’s also a winner-take-all state, meaning the 69 delegates go entirely to one campaign. Forty-two percent of Republicans in 2012 said they were white evangelical born-again Christians; Romney won the state’s delegates that year. But just 29 percent said they were very conservative, while 36 percent called themselves moderate or liberal.

On the Democratic side, then-Sen. Barack Obama cruised in 2008, winning his home state by a two-to-one landslide. But don’t forget Illinois was also Clinton’s home state, before she decamped to college and, eventually, Arkansas.

Chicago makes up about a third of the Democratic electorate, while Cook County makes up another fifth. And African Americans make up about a quarter of the Democratic vote. But Sanders did better with blacks in Michigan than he has in Southern states, which means he has a shot in Illinois. Adding to his side of the ledger: The Democratic primary, too, is open to independents.

Note:  “Mar” is Marist, for NBC and the Wall Street Journal. “YGv” is YouGov, polling on behalf of CBS News. “WAA” is WeAskAmerica. “Trib” is Chicago Tribune.

In 2012, Missouri allocated its delegates through a convention. That year, its meaningless primary gave Rick Santorum a whopping 55 percent of the vote (Romney ended up winning 31 of the state’s 47 delegates in convention).

This year, Missouri holds a high-stakes winner-take-all primary, open to Republicans and independents. Forty-nine of the 52 delegates available will be awarded to the Republican winner.

On the Democratic side, most votes will come from the state’s two urban hubs. Together, the St. Louis and Kansas City areas account for almost two-thirds of the total votes. Black voters made up less than one-fifth of the Democratic vote in 2008, when Obama narrowly edged Clinton by about 11,000 votes out of more than 800,000 cast. Independents can vote in Missouri’s Democratic primary too, more good news for Sanders, who won Missouri’s neighbor to the southwest, Oklahoma, on March 1.

Democrats in the Northern Mariana Islands voted on Saturday, but Republicans get their chance to caucus on Tuesday. Romney won 87 percent of the vote here in 2012. The islands are on the other side of the International Date Line, so they technically hold the first contest of the day.

The nine delegates up for grabs are awarded on a winner-take-all basis.

Polls close in North Carolina at 7:30 p.m. Eastern, so they’ll be among the first results we see Tuesday (after the Mariana numbers, of course). The state has a semi-closed primary, which will block some independents from voting in either side’s primary.

In 2012, North Carolina Republicans didn’t get to vote until May 8, when Romney had sewn up the nomination, so there’s not a lot of exit poll data out there. Romney won 36 of the state’s 52 delegates that year.

One result to immediately discount: A judicial order last month forced North Carolina to delay its House elections, so primary results in those races on Tuesday won’t matter. The lines have been dramatically redrawn ahead of a new June primary.

Polls close at 7:30 p.m. Eastern on Tuesday, the same time as North Carolina. The Republican winner gets all 63 of the available pledged delegates to be allocated on Tuesday, while Ohio’s three RNC members remain unbound. The Democratic winner gets a proportional share in the semi-open primary.

But this year, the state’s demographics look good for Sanders. Democrats made up just under 70 percent of the primary vote in 2008, while African Americans made up 18 percent. Sixteen percent of voters were between 17-29, while 23 percent — a relatively small share for a Democratic primary — were over 60.

About a third of Ohio voters were in union households that year; it will be interesting to compare those numbers to this year, after the beating labor has taken in Ohio over the last few years.

Note:  “Mar” is Marist, for NBC and the Wall Street Journal. “YGv” is YouGov, polling on behalf of CBS News. “Qui” is Quinnipiac University.