The Internet Rate Bill Is Simple. The Politics Around It Are Not. 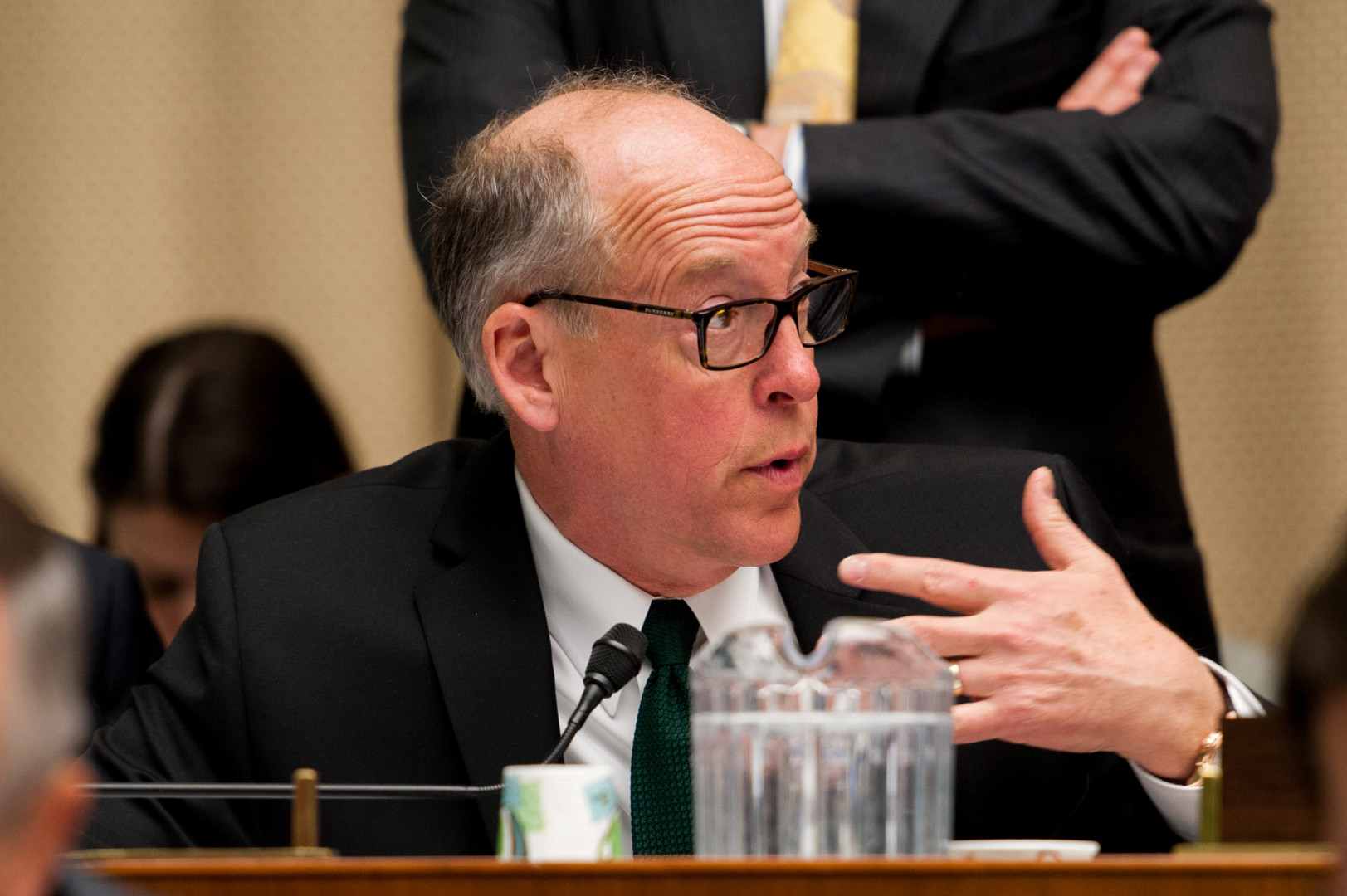 It took a one-sentence bill on a topic both Democrats and Republicans say they agree on to derail a House Energy and Commerce Committee business meeting. It morphed into a tense debate on the authority of the Federal Communications Commission writ large and exposed some particularly personal grievances among committee members across party lines.

The No Rate Regulation of Broadband Internet Access Act would prohibit the FCC from regulating internet rates after the agency published its net neutrality rules last year.

That’s the entirety of the legislation. Republicans see it as a common-sense adjustment clarifying that the FCC cannot regulate monthly broadband rates using net neutrality as an excuse.

But the Democrats aren’t taking kindly to even a little tweak. They view the measure as excessively vague and worry that it could be used later to roll back the FCC’s authority in several programs, including some that bring broadband service to underserved areas or crack down on companies that break the rules.

Josh Stager, policy counsel at Open Technology Institute, said it’s important to put the partisan rhetoric in context. “While many recent votes have fallen along party lines, the tone from the congressional Republicans has shifted significantly over the past two years,” he said.

Two years ago, GOP leaders were opposed to anything that smacked of regulating the internet. “Now they openly accept the need for basic rules of the road like no throttling and no blocking. That’s an important change,” Stager said.

Democrats are still wary. Ranking member Frank Pallone (D-N.J.) said a bill prohibiting “rate regulation” could mean anything. “While the Republicans claim that they intend the bill to be narrow, we have heard over and over that their draft could swallow vast sections of the Communications Act,” he said. “Most notably, as written, this bill could undermine the FCC’s ability to protect consumers.”

Democrats aren’t against the raw idea behind the bill. But they worry it could later be used to hit at the FCC’s power to protect the public interest. They were left frustrated as they offered numerous amendments seeking to ensure that the bill truly only prohibits the FCC from manipulating monthly broadband fees.

One, from Rep. Jerry McNerney (D-Calif.), offered a single sentence solution. “Nothing in this Act shall be construed to affect the authority of the Federal Communications Commission to act in the public interest, convenience, and necessity.”

But that could be construed broadly, too. Energy and Commerce Telecommunications Subcommittee Chairman Rep. Greg Walden (R-Ore.) said the amendment would essentially nullify the rest of the bill “because there is no fence around the term of public interest obligation. It is whatever the FCC at the time says it is.”

This marked the beginning of an ultimately losing battle for the Democrats, who failed with two other amendments offered by California Democrats Anna Eshoo and Doris Matsui, both aimed to narrow the legislation.

Walden filed an amendment Tuesday morning with technical changes he hoped would assuage the Democrats, but it didn’t work. Walden’s changes clarify that the FCC would be allowed to continue funding interent for rural customers, banning broadband providers from making side deals with online services to speed connections, and enforcing its “truth in billing” rules.

Democrats strongly rejected the changes and voted no on the amendment, although it passed with Republican backing. Pallone had strong words for Walden’s olive branch. “We have an unfortunate pattern developing in our committee. … Republicans claim they’re willing to consider our concerns, but it has become apparent that such consideration is dependent on Republicans doing it for us.”

Walden appeared sympathetic but was unwilling to postpone a committee vote to attempt to smooth things over.

The chairman of the full committee, Rep. Fred Upton (R-Mich.), tried to play peacemaker by suggesting that before the bill reaches the House floor, Eshoo and Walden meet with their staffs to draft an amendment that would reflect a compromise.

“It’s going to be a while before this bill gets to the House floor,” Upton said. He added that if they could reach a deal that addresses concerns from Democrats, he would help them get the language into the bill before a floor debate.

This was particularly galling to Eshoo, who had asked for the delay in committee because Democrats had little time to review the changes before the vote. “If he wants to meet, I’d be happy to. But they clearly set aside really major responsibilities of the FCC that the American people care about,” she told Morning Consult later in the day. “This is not grown up. This is not the way to legislate.”