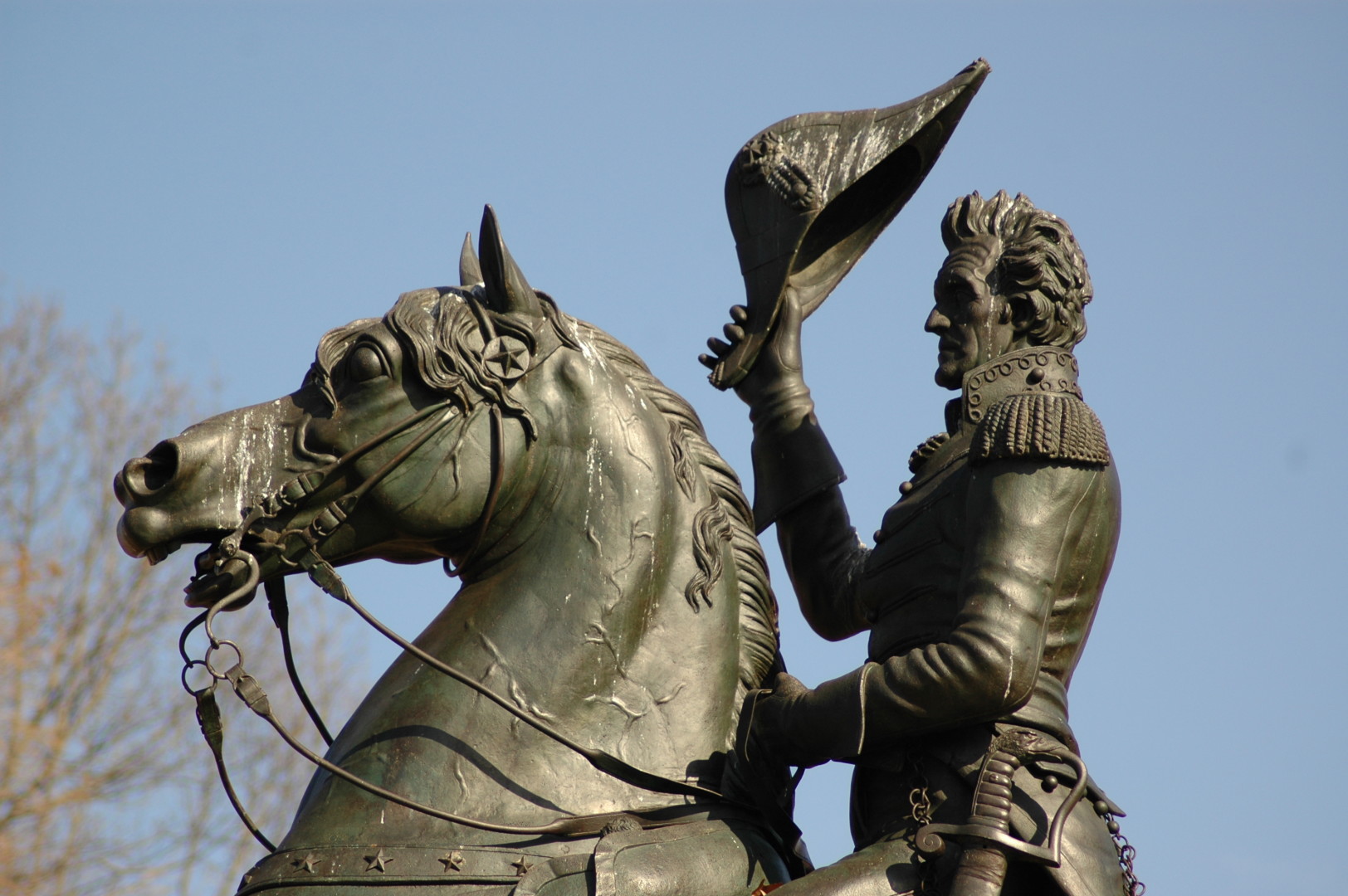 Real estate mogul Donald Trump’s surprisingly successful presidential campaign has leveraged his billion-dollar brand to convince voters he is a winner, even when he loses. That brand is so valuable to Trump that, months before the Republican National Convention and Election Day itself, he has planted seeds that could blossom into doubts about the legitimacy of the next president of the United States — if that person is anyone but the bombastic billionaire.

America has experienced a similarly unsettled period before, in which a losing candidate questioned the winner’s legitimacy. As a consequence, the country ground to a political halt for four years, at a critical moment in the nation’s early history.

Whereas most politicians admit when they have been beaten, Trump opts instead to raise questions. He suggested Texas Sen. Ted Cruz somehow “stole” the Iowa caucuses. Ahead of this week’s Florida primary, Trump claimed he was asking law enforcement to check in on claims of “dishonest” early voting. (Those claims vanished once Trump won the state.) On Wednesday, Trump warned of “riots” if Republicans, following rules they laid down years ago for all to see, opted for some other candidate during a potentially contested national convention.

And when it comes to Trump’s likely general election rival, former Secretary of State Hillary Clinton, the Republican front-runner has questioned whether she even has the right to run.

“Once we get all of this finished, I’m going to go after one person, and that’s Hillary Clinton, on the assumption she’s allowed to run, which is a big assumption,” Trump said earlier this month. “If she’s allowed to run,” he told another audience, “Honestly, it will be a sad day for this country because what she did is wrong.”

Similar questions about a president’s legitimacy have cropped up in recent years. But those questions have been muted by the very partisans who might benefit from them politically: Al Gore offered a concession after a Supreme Court decision halted a recount in Florida in 2000, handing the election to George W. Bush. Both Sen. John McCain (R-Ariz.) and Mitt Romney disavowed claims by rabid supporters that President Obama was somehow ineligible to be president — claims Trump, not coincidentally, took up himself.

But Trump has shown no tendency toward the graciousness of Gore, McCain or Romney. While the next president might hope for even the briefest honeymoon period after his or her inauguration, lasting questions about legitimacy has the potential to make the last decade and a half of partisan bickering look like a fond memory.

The last time the nation faced such a crisis of confidence in the president’s legitimacy came in 1824, when another bombastic outsider claimed to be the rightful winner, said John Pitney, the Roy P. Crocker Professor of American Politics at Claremont McKenna College.

That year, as James Monroe prepared to leave the White House, three established politicians — Secretary of State John Quincy Adams, Treasury Secretary William Crawford and House Speaker Henry Clay — lined up to run to replace him. They were joined by Sen. Andrew Jackson, the hero of the Battle of New Orleans, who staked his claim as the anti-establishment contender.

The better-known politicians did not take Jackson’s candidacy seriously. But on Election Day, Jackson won a 41 percent plurality of the popular vote and 99 votes in the Electoral College. Adams, who carried just seven states, won 31 percent and 84 electoral votes. But because no candidate won a majority of electoral votes, the election was thrown to the House of Representatives — where Clay worked to deliver the election to Adams, and Adams picked Clay as his secretary of State.

Jackson was appalled, resigned his Senate seat and spent the next four years railing against what he called the “corrupt bargain,” and other schemes he alleged had been orchestrated by the political powers-that-be in Washington.

Four years later, many of those who had backed Adams defected to Jackson’s successful comeback attempt.

At other key moments in American history, a president’s legitimate right to hold office has come under withering fire. Abraham Lincoln’s election in 1860, with just less than 40 percent of the popular vote, pushed the nation toward the Civil War. In 1876, Rutherford B. Hayes won the electoral college while losing the popular vote. Bush, too, won the White House without winning the popular vote.

“One key difference between 1824 and 2000 is that the loser accepted the outcome,” Pitney said. “It’s hard to picture Trump acting with that degree of maturity.”