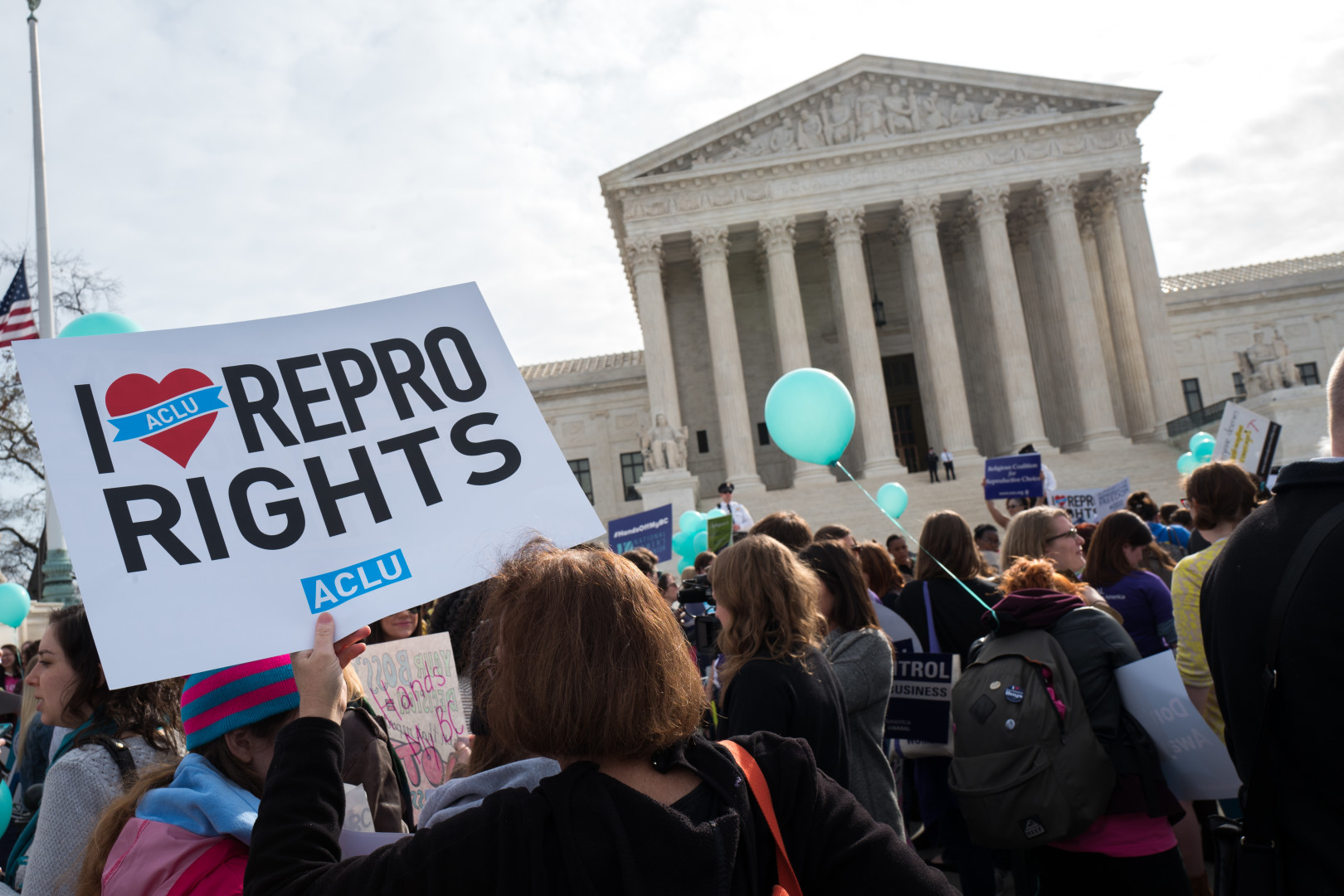 If the petitioners win the case, it could profoundly curtail the way many laws — from the military draft to the tax code — are written and implemented.

“When will any government law that someone claims burdens their practice ever be insubstantial? Because every believer that’s ever come before us, including the people in the military, are saying that, ‘My soul will be damned in some way.’ I’m not naysaying that. That is a very substantial perceived personal burden by them. But if that’s always going to be substantial, how will we ever have a government that functions?” said Justice Sonya Sotomayor.

At issue is a specific piece of Obamacare that requires insurers to cover certain benefits. The Department of Health and Human Services has defined birth control as a required benefit, meaning employer-sponsored plans, as well as all others, must include contraceptive coverage. Churches and houses of worship are exempt from that mandate, and their employees do not receive birth control coverage.

Religious nonprofits and closely held for-profit organizations receive a separate “accommodation” under the law. In this scenario, the employer “opts out” of contraceptive coverage by notifying their insurer, a third party administrator, or the federal government of the objection. The insurer or third-party administrator must then pay for the coverage, not the employer, and the employees still receive it.

The petitioners in Zubik v. Burwell argue that by opting out of paying for contraceptive coverage, they are triggering a process that results in their employees getting it. This, they say, contradicts their religious beliefs and makes them complicit in what they consider sinful activity.

There is a process for weighing religious liberty questions like these. First, the justices determine whether the law is a substantial burden to the petitioners. If it’s found that there is a substantial burden, they next determine whether government has a compelling interest to keep the law. If so, the third question is whether the law meets that compelling interest in the least restrictive way.

The U.S. government, represented by Solicitor General Donald Verrilli, argued that the contraceptive accommodation does not create a substantial burden on the nonprofits who object to it. After all, they don’t pay for the coverage. The liberal justices seemed to agree.

“That’s the balance that we’ve struck, that it’s not a substantial burden if someone else is going to do the act you’re objecting to,” Sotomayor said.

Several justices echoed Sotomayor’s fear that if religious concerns always prevail over the government’s ability to function, this will have a profound effect on society and many other current laws. For example, the tax code does not allow exemptions to those who object to paying for war because of religious reasons.

There isn’t hard and fast standard for when personal religious conviction merits exemption or accommodation from government policy, the justices said. Instead, laws generally answer this on a case-by-case basis.

“What’s the line? Why do the Quakers have to pay the taxes for Vietnam, but you don’t find the religious Jew or Muslim getting an extra day off during the week when the law says nobody can work on Sunday because their sabbath is on Saturday? What is the line? And I’ve been reading and reading to try to find a fairly clear simple statement of what that line is and how it works,” said Justice Stephen Breyer.

There is legal precedent for allowing a religious objector has to opt out of an activity as long as another person opts in. For example, pharmacists with objections to dispensing contraceptives are required to refer patients to another pharmacist who will dispense the medication.

The petitioners in Zubik argued that “complicity” in an act which the nonprofits find sinful is a substantial burden on them, thus triggering the question of whether the government has a compelling interest. The attorneys representing the nonprofits, Paul Clement and Noel Francisco, then argued that the government itself has proven there is no compelling interest at stake. It has already granted exemptions to the contraceptive coverage mandate,.

“Here, they’ve taken care of the churches,” Clement said. “They’ve demonstrated that this is an easy case.”

Houses of worship are exempt, but so are plans grandfathered under Obamacare, they noted. These grandfathered plans aren’t currently required to provide birth control coverage, although they eventually will be. If “seamless” contraceptive coverage — or coverage all under one plan — was so important, they argued, certain groups and plans wouldn’t be exempt now.

That’s a dangerous line of argument, the liberal justices warned.

“There’s not a law in town that doesn’t have exceptions like that,” she added.

Clement, in closing arguments, reverted to Breyer’s question about the “line” that determines whether people should be compelled to act against their believes. There isn’t a clear line, he argued, and previous decisions or other laws cannot be used to determine what is a substantial burden to the plaintiffs.

“The important point is not all exemptions are created equal,” he said. “All of these exemptions have to be treated the same, Justice Breyer. There is no excuse. There is no other way than to do the hard work of looking at the exemptions and seeing whether they make sense.”