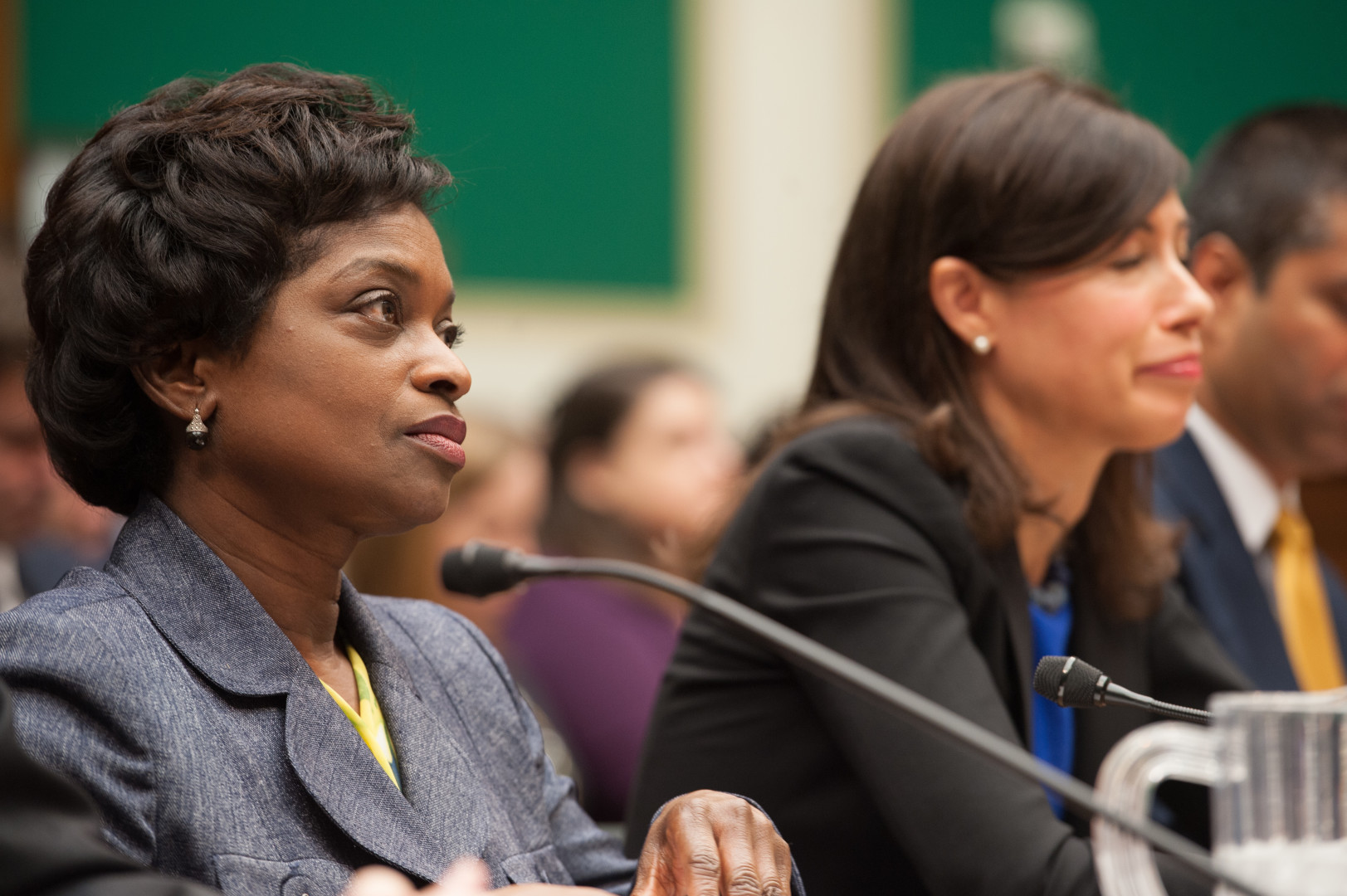 Two Republican FCC commissioners accused Chairman Tom Wheeler of bullying the co-author of a final rule on internet subsidies Thursday because she reneged on a last-minute compromise with them. That deal would have instituted a cap of $2 billion to the federal Lifeline program.

A Friday filing with the FCC shows that lots of Democrats from Congress also piled on with feedback for Democratic Commissioner Mignon Clyburn. The communications took place “during the morning and early afternoon” ahead of the party-line commission vote Thursday.

The FCC’s Thursday meeting got bumped back from 10:30 a.m. to noon. Then things got weird. The two FCC Republicans — Ajit Pai and Michael O’Rielly — came down to the meeting room and said they were ready to proceed. At that point, they were under the impression their compromise was intact. The meeting then got pushed back again to 1:30 p.m. and then officials rescheduled once more. It finally started at 2 p.m.

The filing that documents communication between congressional Democrats and Clyburn’s office now provides some insight into what went on during those delays. Democrats “expressed concern about the imposition of a cap on the Lifeline program” and how it could harm individuals enlisted in the program, according to the filing.

Those concerns came from the offices of Senate Democrats Cory Booker of New Jersey, Richard Blumenthal and Chris Murphy of Connecticut and the Senate Judiciary Committee Democratic staff. Booker personally talked with Clyburn to talk about how a budget cap and the impact it could have on his constituents.

Interestingly, the filing also shows that Sen. Claire McCaskill (D-Mo.) urged Clyburn to reach a compromise on the Lifeline item.

From the House side, California Democrats Doris Matsui and Jerry McNerney voiced their worries along with all of the House Energy and Commerce Committee’s Democratic staff.

The document foreshadows a potential showdown in the committee. A source familiar with Capitol Hill discussions said Thursday the House Energy and Commerce Committee will take up a bill in April that would impose a hard budget on the Lifeline program. Republicans say this is necessary to ensure the modernized Lifeline program is fiscally responsible.

The filing also shows that two other California Democrats, Rep. Anna Eshoo and House Minority Leader Nancy Pelosi asked about the status of the Lifeline proceeding but did not stake out positions of their own. Eshoo sits on the Energy and Commerce Committee, and likely joined with her fellow Democrats in expressing concern.

The Lifeline modernization order, passed on a 3-2 vote with the Democratic majority, will add internet access to the federal phone service subsidy available under the current program. The order will also institute changes, such as an independent verifier for eligibility, to address the waste and fraud the program has experienced in the past.

Pai and O’Rielly were visibly frustrated as they addressed reporters following the FCC’s meeting. Pai said they reached a compromise with Clyburn at 9:49 a.m. Thursday on the budget cap and an adjustment of the minimum service standards. But after massive pressure from Capitol Hill, he found out in the afternoon (after the noon delay) that the deal wasn’t going to happen.

“I’ve been at the FCC for a long time, longer than the chairman has, and I can tell you that in my world, when the majority reaches an agreement and you have three people on the chain who say we support this proposal, that is the proposal,” Pai said in a news conference following the vote. “The suggestion is, ‘Well the deliberative process played itself out.’ That is utterly bogus. We had an agreement! A bipartisan majority at the FCC had agreed to what the item was.”

Pai said that after he found out about the numerous calls from Congress, he pressed to “save the deal” that would have allowed “a unified 5-0 vote on Lifeline, one of the most politically charged issues for years to come.”

Clyburn, for her part, said that she decided on her own to back out of the deal because she had always been wary of instituting a cap on the budget.

“I never was embracing a concept or an order that would foreclose opportunities,” Clyburn said about the potential effects of a budget at a press conference following the vote.

“I looked at that in total and said on my own when I woke up this morning and speaking with the advisers who are in my office, is this the best path forward? And I concluded under the current construct that it was not,” Clyburn added.