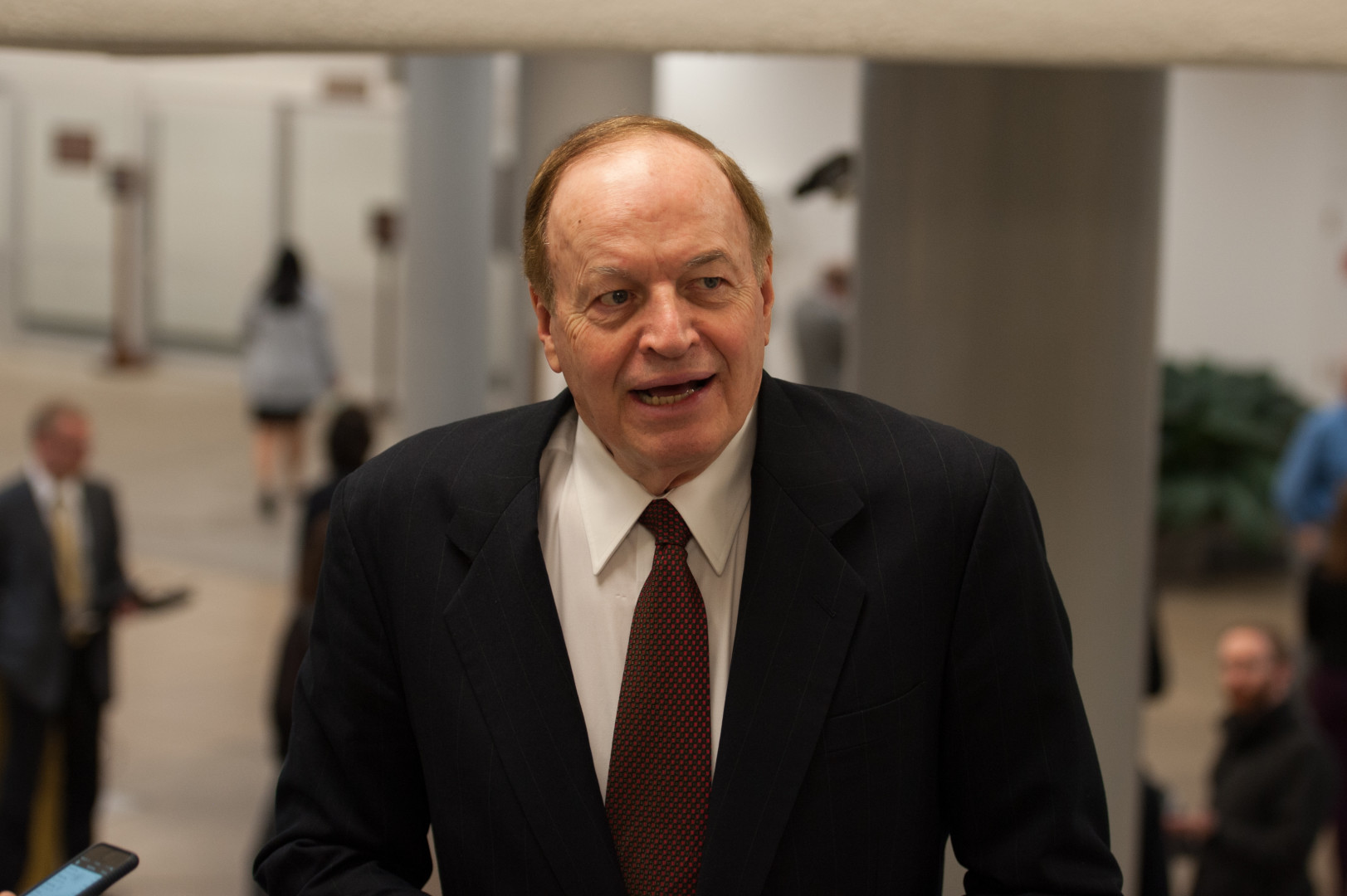 Shelby is still refusing to move other banking nominees. (Rob Kunzig/Morning Consult)
By Will Dobbs-Allsopp

It seems the only Republicans who will commit to supporting the eventual GOP presidential nominee work on Capitol Hill. On Monday, as senators returned to Washington from a two-week break, Republicans held fast to their pre-recess statements.

They did this even though all three of the remaining Republican presidential candidates have distanced themselves from a pledge made early in the contest to back whoever leaves the Republican National Convention in Cleveland with the GOP crown.

“I will support the Republican nominee,” said Sen. Richard Shelby (R-Ala.), who added that the candidates’ walk-back hadn’t affected his decision. He posited that the GOP candidates may be having a hard time imagining themselves supporting competitors who have insulted them for months.

“If you’re asking them right then, then maybe they’re thinking, ‘God, I’d be saying I’m going to be supporting one of these guys,’” Shelby said.

Sen. Ted Cruz (R-Texas) said it would be difficult to back front-runner Donald Trump considering the real estate mogul’s comments about his wife. Ohio Gov. John Kasich said he probably couldn’t support a nominee “that I think is really hurting the country.”

Most bluntly, Trump said the Republican party was treating him “unfairly” in light of chatter about efforts to deny him the nomination at a contested convention.

“No, I don’t anymore,” Trump told CNN’s Anderson Cooper last week, when asked whether he still intended to honor an earlier pledge to support whomever becomes the GOP’s presidential nominee. “We’ll see who it is.”

Yet GOP senators, back in Washington for the first time since the three candidates opened the door to rejecting the winner in Cleveland, haven’t changed their tune from earlier this year. They will support the nominee, even if it’s the controversial Trump. Or at least they will remain quiet about any opposition for now.

Asked about whether the change in the presidential candidates’ intentions affected whether he would back the GOP nominee, Sen. Steve Daines (R-Mont.) had this to say: “I think it’s prudent to see what happens here in the next couple months,” he said.

Daines, along with Colorado GOP Sen. Cory Gardner were among the first backers of former contender Sen. Marco Rubio (R-Fla.). “At this point I’m going to wait and see what happens. Montana could play a pretty influential role — 27 delegates, winner take all,” Daines said.

Sen. Bob Corker (R-Tenn.) said that for now, silence was the best option about Cruz, Kasich and Trump’s change of heart. “It doesn’t change my position,” he said, “which is to be meticulously quiet about the presidential race. We’ll have plenty of time when this is all said and done to make comment.”