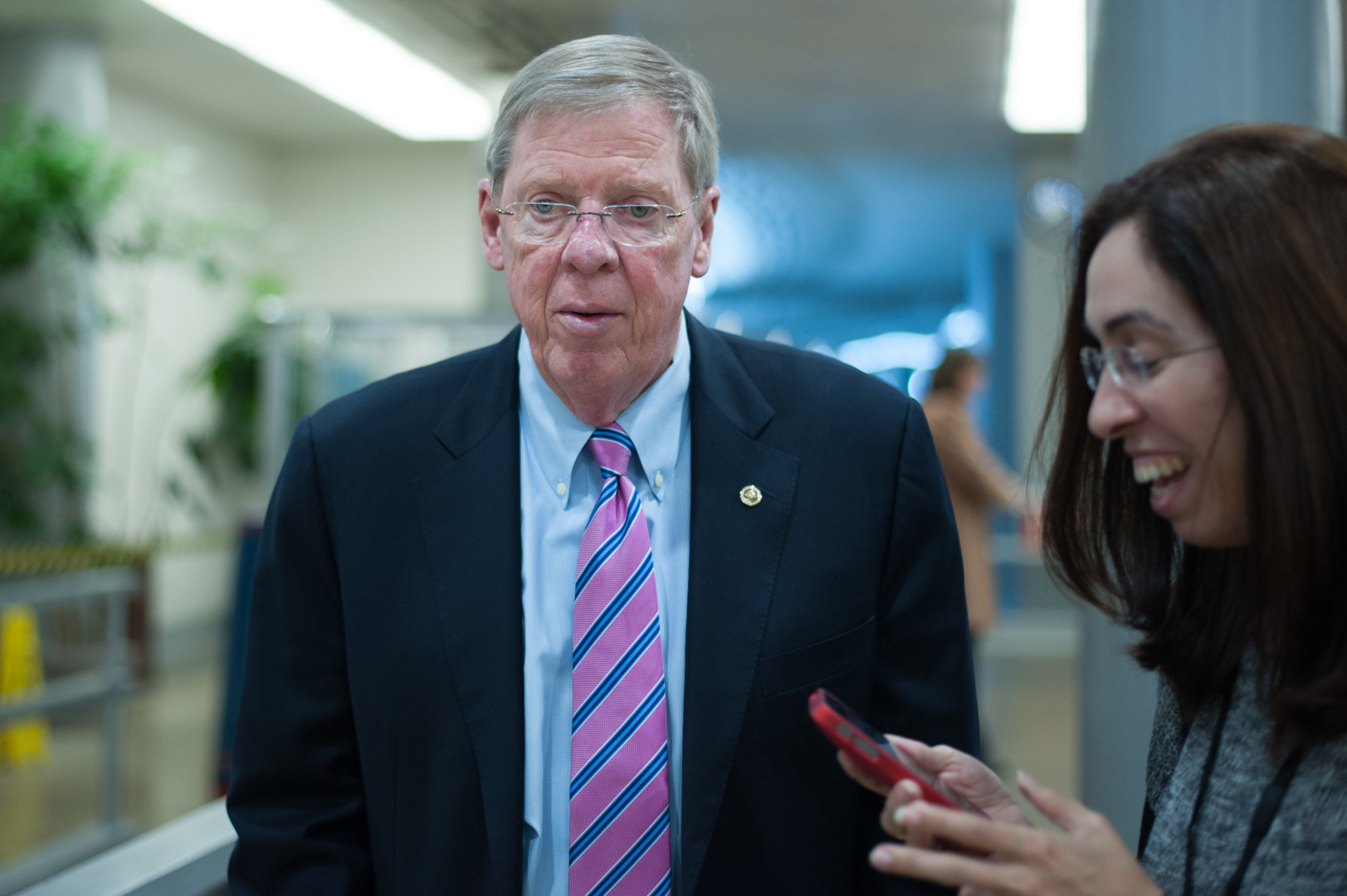 Senate Republicans are planning to fight the Labor Department’s rule on conflicts of interest in the retirement advice sector with a formal declaration of Congress’ disapproval of the rule, Sen. Johnny Isakson told Morning Consult on Wednesday.

“As you well know, I’ve introduced legislation to counteract that, and we’ll be filing a resolution to disapprove, and I totally oppose it,” the Georgia Republican, who sits on the Finance Committee and the Health, Education, Labor, and Pensions Committee, said in a brief interview.

He was referring to a bill that he sponsors, S. 2502, which would preempt the rule and set out a “best interest” standard for retirement advisers that is different from DOL’s rule. That bill was referred to the HELP committee.

He also is a lead co-sponsor on a similar measure measure sponsored by Sen. Mark Kirk (R-Ill.), S. 2505, which was referred to the Finance Committee. A spokesman for Kirk said the Illinois Republican is “working with his colleagues to look at all options for stopping the rule,” including a disapproval resolution.

Isakson wouldn’t commit to a timeline for when the Senate might consider his disapproval resolution, which is a common strategy Congress employs to protest administration actions they oppose, such as the Environmental Protection Agency’s “waters of the United States” rule.

Isakson said he is working with Sen. Lamar Alexander (R-Tenn.), the HELP Committee’s chairman, on that resolution.

When asked for his view of the fiduciary rule, Alexander was noncommittal and wouldn’t confirm that he is working with Isakson on a disapproval resolution.

In the House, Reps. Peter Roskam (R-Ill.) and Phil Roe (R-Tenn.) have introduced separate measures nearly identical to Kirk’s bill that both the Ways & Means and Education & Workforce committees approved earlier this year.

House Speaker Paul Ryan (R-Wis.) has indicated on several occasions that he would like to take up those bills after the rule’s release. It’s unclear if a disapproval resolution, which almost certainly would face President Obama’s veto, would have legs in the House.

In a statement, Ryan pointed to the Roskam and Roe bills, as well as a measure introduced by Rep. Ann Wagner (R-Mo.) that the House passed last year, as tools in House Republicans’ kit to block the rule.

“While it is clear that public and congressional scrutiny are making a difference, we will continue to look at every avenue to protect middle-class families and small businesses from government overreach,” Ryan, who is currently overseas for an official trip, said in a statement.

His lieutenant, Majority Leader Kevin McCarthy (R-Calif.) said in a separate statement that House committees “will review it thoroughly and consider legislative options as appropriate.”

Although the administration made a number of substantive changes to the rule in an effort to tamp down some of the criticism from the financial services industry and members of Congress, the final regulation has received a cold reception among Republicans. Many lawmakers and industry groups are holding their fire until they have had time to review the rule.

In addition to Isakson, Majority Leader Mitch McConnell (R-Ky.) has spoken out against the regulation.

This story has been updated to add comment from House GOP leaders and context.