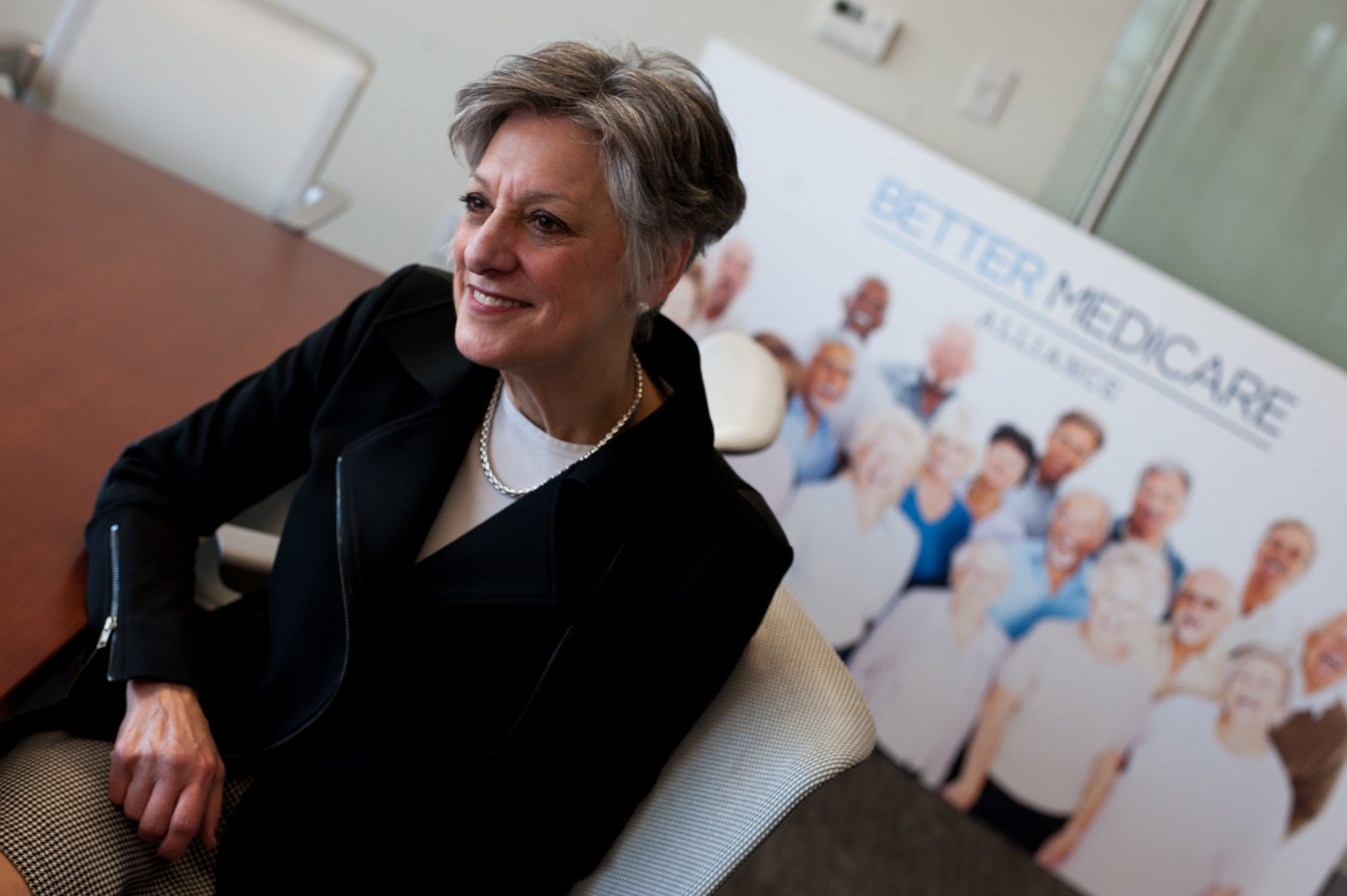 Medicare Advantage, a private insurer alternative to Medicare, typically makes it onto Washington’s policymaking radar for about two months in the spring each year. That’s when the Centers for Medicare and Medicaid Services issues new MA plan rates and policies for the next year.

Former Rep. Allyson Schwartz (D-Pa.) is trying to change that. She believes Medicare Advantage should be in the healthcare conversation year-round. As head of the relatively new nonpartisan MA advocacy group, Better Medicare Alliance, she intends to make that happen.

The annual MA dance ended this week, when CMS released its final notice for 2017. It followed weeks of lobbying, congressional letters, and studies on how the proposed changes could impact beneficiaries. Now, as the only advocacy organization dedicated solely to MA, BMA will continue working to publicize the benefits of the a private-sector health program for seniors.

“It really is about all the rest of the year, when we throughout the year will continue to fund research projects, to collect the evidence, to share the innovations that are happening in Medicare Advantage, to be able to speak to what is working and what we should do more of, what are the best practices,” Schwartz said in an interview with Morning Consult.

“That’s definitely a full-time, around-the-clock kind of activity, and we hope that that will build the kind of relationship with policymakers on the Hill, in the administration, in the new administration, with people who look at health policy. Medicare matters a lot to Americans,” she said.

The Better Medicare Alliance is only a little over a year old. It was founded by a group of stakeholders that includes insurance plans, providers, business groups, and associations. They approached Schwartz to become BMA’s first president and CEO.

During her decade-long tenure in Congress, Schwartz worked on healthcare issues relating to affordability and access. It’s no secret in Washington that the financial trajectory of Medicare is rocky at best, and there’s widespread interest in being able to find the sweet spot of policy that promotes quality care for seniors while also controlling costs.

The establishment of a coalition with the sole mission of advocating for MA — led by a Democrat — is perhaps the most tangible expression of the program’s growing popularity. Medicare Advantage was a Republican idea at the beginning, but now it’s hard to find anyone in either party who says anything bad about it. BMA as an organization is definitively nonpartisan.

“It works. It’s working for providers, it’s working for beneficiaries. And I think members of Congress see their constituents, who are Medicare beneficiaries, getting the kind of care they need and liking it, appreciating it. They appreciate the affordability, the care coordination, and the simplicity of a single premium, a single benefit,” Schwartz said.

Medicare Advantage is offered to seniors as an alternative to traditional fee-for-service Medicare. Plans are offered through private insurers, who receive a set amount of money from the government per beneficiary to cover all hospital and medical expenses.

It’s different from traditional Medicare, which separates the two kinds of services into Part A (hospital services) and Part B (doctor’s visits). Traditional Medicare also pays providers and hospitals for each service rendered, rather than a set amount per beneficiary. Because they get paid by the person rather than each service, MA insurers function as virtual petri dish for innovations on how to provide better care at lower costs.

Even though MA was historically a Republican-supported idea, this year, congressional support is coming from both parties. That’s in part because it’s growing in Democratic districts as well as Republican ones. More than 30 percent of Medicare enrollees have chosen MA plans. But, as Schwartz said, support also comes because people can see it’s transforming the healthcare system.

Medicare Advantage’s growth in enrollment and support is remarkable given the cuts made to it under the Affordable Care Act, suggesting the program is stronger than its original naysayers had suggested. Some plans have been able to accomplish the difficult task of doing more with less dollars. (That efficiency may not necessarily help when the plans are lobbying for more money from CMS, but at least it is a productive conversation.)

“There were definitely many – including [the Congressional Budget Office] – who thought the ACA’s MA cuts would lower enrollment in that market. But people underestimated both the additional efficiencies that were possible and the growing comfort of younger seniors with managed care, leading to more 65-year-olds choosing MA when they signed up for Medicare,” said Loren Adler, an associate director at the Brookings Institution.

Here’s an example of what she is talking about. BMA commissioned a study that found that the likelihood of an avoidable hospitalization is 10 percent lower for MA beneficiaries than fee-for-service enrollees. That is exactly what health wonks want to see happen in a system where insurers are paid a set fee for each beneficiary. The increased incentive for keeping enrollees healthy and out of the hospital pays off.

Those innovations can impact the rest of the healthcare system. “What they also found is there is a spillover effect for their patients, whether they’re in Medicare Advantage or not,” Schwartz said. “Because once you start to practice that way, you practice it for all of your patients, and certainly throughout the Medicare patients as well.”

Schwartz is comfortable in the healthcare world. She uses wonky healthcare buzzwords that mean specific things to the industry, like “care coordination” and “healthcare delivery.”

She may not have asked for this, but her job in promoting a program that, by necessity, must find new ways to deliver healthcare makes her voice a contrast to the heated rhetoric surrounding Obamacare in Congress. Hers is the kind of conversation that health professionals say matters the most when it comes to the sustainability of the system. If patients are kept healthier by a system incentivized to work well, that cuts down costs to both the government and patients.

It’s hard to find anyone who disagrees with Schwartz that MA is successful, no matter what they think about Obamacare. “I think there’s a lot of interest,” she said. “This is true on the Hill, but it’s certainly true with CMS, that they see Medicare Advantage as, in many ways, leading the way on some of these innovations in care delivery. And they want to know more about it. We do too.”