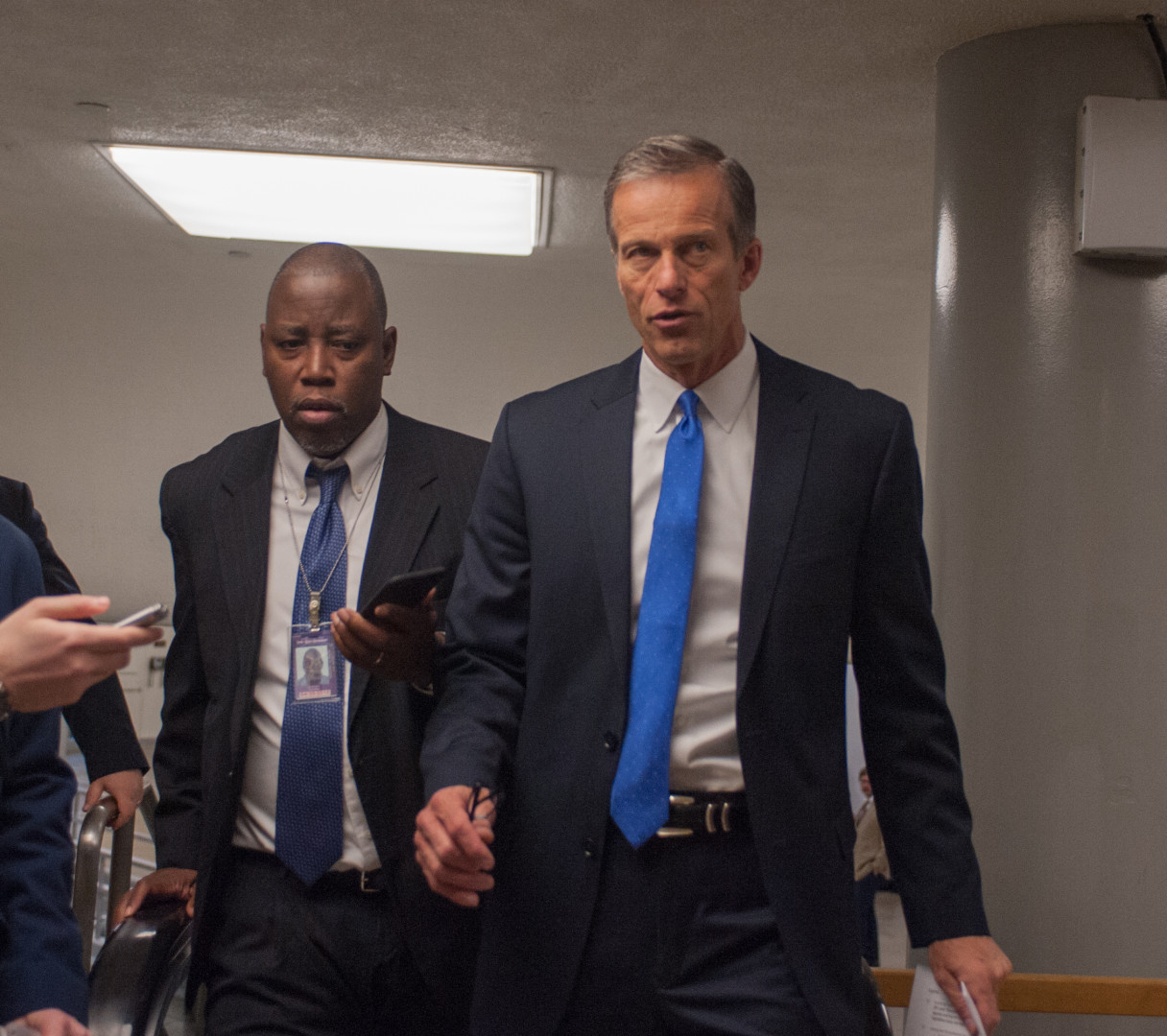 The fate of a must-pass bipartisan bill reauthorizing the Federal Aviation Administration lies in the hands of lawmakers who are crafting an unrelated provision to extend tax credits for clean energy.

The unanswered questions about the FAA bill generally are: When exactly will the Senate vote to pass it? Will it require a procedural vote to overcome a filibuster?  How much support it will have in the Senate and then the House? That’s according to its author, Sen. John Thune (R-S.D.), chairman of the Commerce Committee.

All those factors depend on the answer to one other question: What exact language is going into the provision on clean energy tax credits? Lawmakers have mentioned geothermal, fuel cell and biomass energy sources, but they have been vague on the specifics. Meanwhile, other industry advocates have called for their clean energy sources to be included, including carbon-capture technology.

Democrats threatened on Tuesday to block the entire FAA bill if it doesn’t include the energy tax provisions they said were mistakenly left out of last year’s catchall bill that extended tax credits for wind and solar power. The deal to include the left-out provisions was already set, according to Sens. Harry Reid (D-Nev.) and Chuck Schumer (D-N.Y.), and the tax title in the FAA bill will simply fix that mistake.

But Thune and other Republicans have said it’s not quite as simple as copying and pasting the excluded tax language into this particular bill. The FAA bill’s tax title is still under negotiation and it’s not clear exactly which clean energy sources will be included, Thune said.

Democrats have already signaled their support for the underlying FAA bill by voting to allow debate on the measure. But until the details are worked out on the tax title, the bill’s path forward isn’t entirely clear.

“The sooner that thing can get released, and everybody has a chance to react to it and look at it and decide what they want to do in terms of amendments, the sooner I think we can get through the broader package,” Thune told reporters Thursday.

Thune expects the negotiations to go on through next week, and a final vote could be forthcoming then.

Lobbyists for these various factions of the energy industry are watching the back-and-forth with keen interest. Nobody quite knows what to expect. Curt Beaulieu, a senior counsel at Bracewell LLP, which represents members of the geothermal and fuel cell industries, said it’s not entirely clear which credits will apply to residential or commercial power systems.

Moreover, there are two sections of the Internal Revenue Code that Democrats say were also supposed to be included in last year’s package, Beaulieu said. Section 45 includes tax credits for a wide range of energy sources, including biomass and some hydropower. And Section 25(D) includes solar, small wind, geothermal and fuel cell energy sources.

With various types of clean energy sources being tossed about, it’s unclear what types Democrats are really asking to be included in the FAA bill to make amends for last year’s “mistake.” Not to mention that some Republicans say it wasn’t as much of a mistake as Reid and Schumer have described. Now that the discussion of green energy tax credits has begun, other groups, including carbon-capture advocates, have asked lawmakers for consideration.

The FAA bill by itself is uncontroversial and has support from both parties. But the possibility of an ever-growing list of energy tax credits could threaten its livelihood, especially in the Republican-dominated House, Thune said.

“I think the narrower you keep this, and the truer to whatever agreements there had been — either informal or formal — in the past, the easier it will be to get this across the finish line,” he said. “If this thing becomes a Christmas tree, then you’re going to start running into objections from both sides.”

There already have been objections from conservative groups including Americans for Prosperity, Heritage Action for America and Americans for Tax Reform.

Americans for Prosperity is “strongly leaning” toward issuing a “key vote” alert calling on members to oppose the bill, said Director of Federal Affairs Chrissy Harbin. That could sway some Republicans against it, especially in the House, although it’s unclear which lawmakers would go so far as to oppose an entire FAA bill because of tax extenders.

Sens. Jeff Flake (R-Ariz.) and Mike Lee (R-Utah) are two potential allies in the fight against the bill, Harbin said. A staffer for Lee said he can’t comment on the senator’s stance on the bill until he actually sees what the tax credits are. A staffer for Flake said via email, “It’s definitely a concern.”

The total cost of the energy package adds up to $1.4 billion, compared to $26 billion for last year’s wind and solar credits, Harbin said. AFP didn’t vocally oppose last year’s package because it also included an end to the ban on crude oil exports. But now it’s different. Plus, the group doesn’t like the rest of this FAA bill anyway, Harbin said.

The tax credits in question, regardless of the details, already are a much smaller ask from Democrats than the wind and solar tax credits that passed last year. According to Beaulieu, in addition to being relatively cheap, these tax credits arguably need a boost to gain some market share because they are less established in the energy industry.