Photo of the Day: Earmuffs 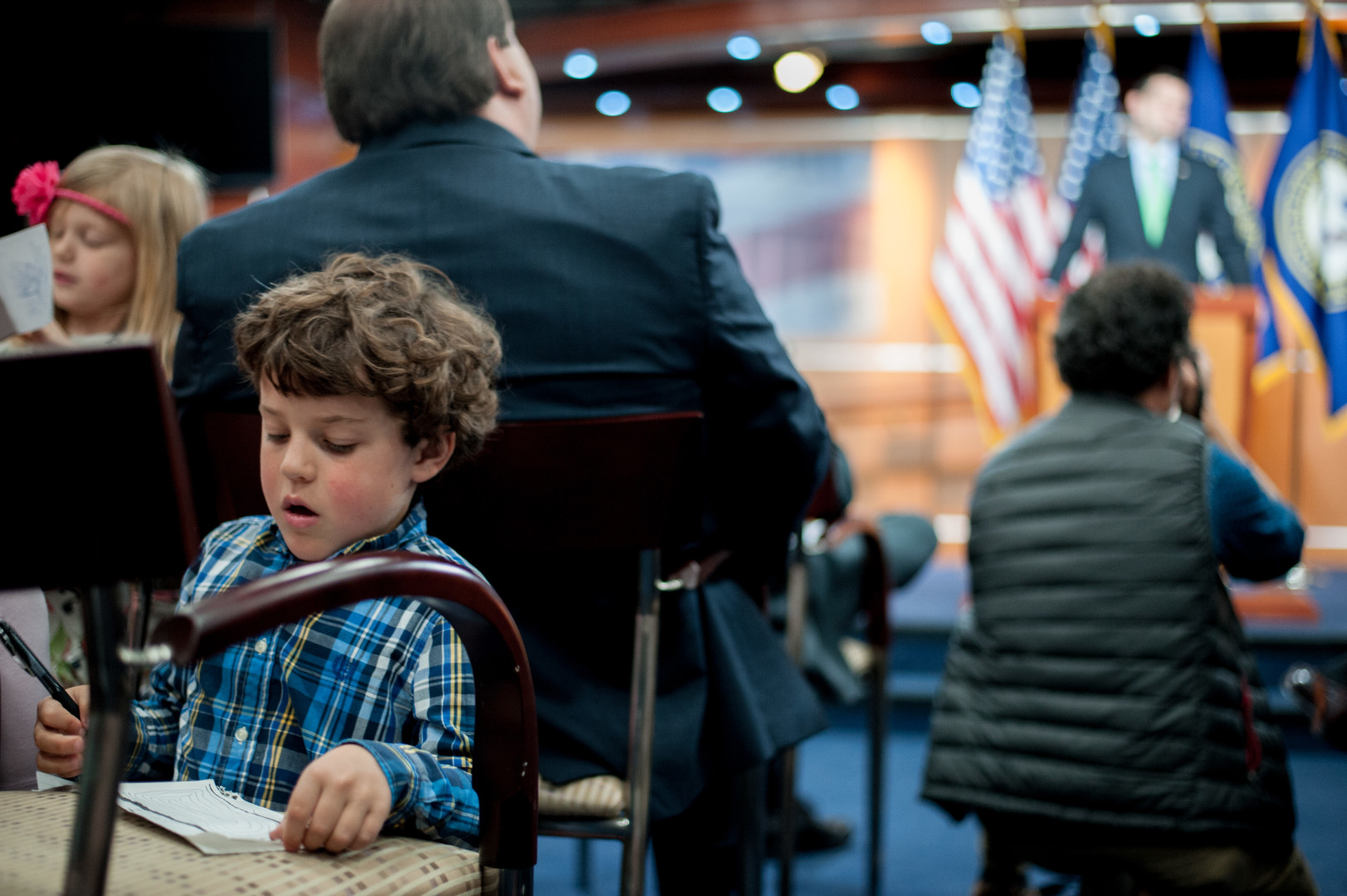 Speaker Paul Ryan on Thursday played to a crowd of junior journalists at Take Our Daughters and Sons to Work Day. With every other seat occupied by a youngin’ scribbling on a reporter’s pad, Ryan was carful to censor a reporter who asked about former Speaker John Boehner’s comments regarding Republican presidential contender Sen. Ted Cruz.

Boehner reportedly called the Texas Republican “Lucifer,” among other things, during a speech at Stanford on Wednesday evening.