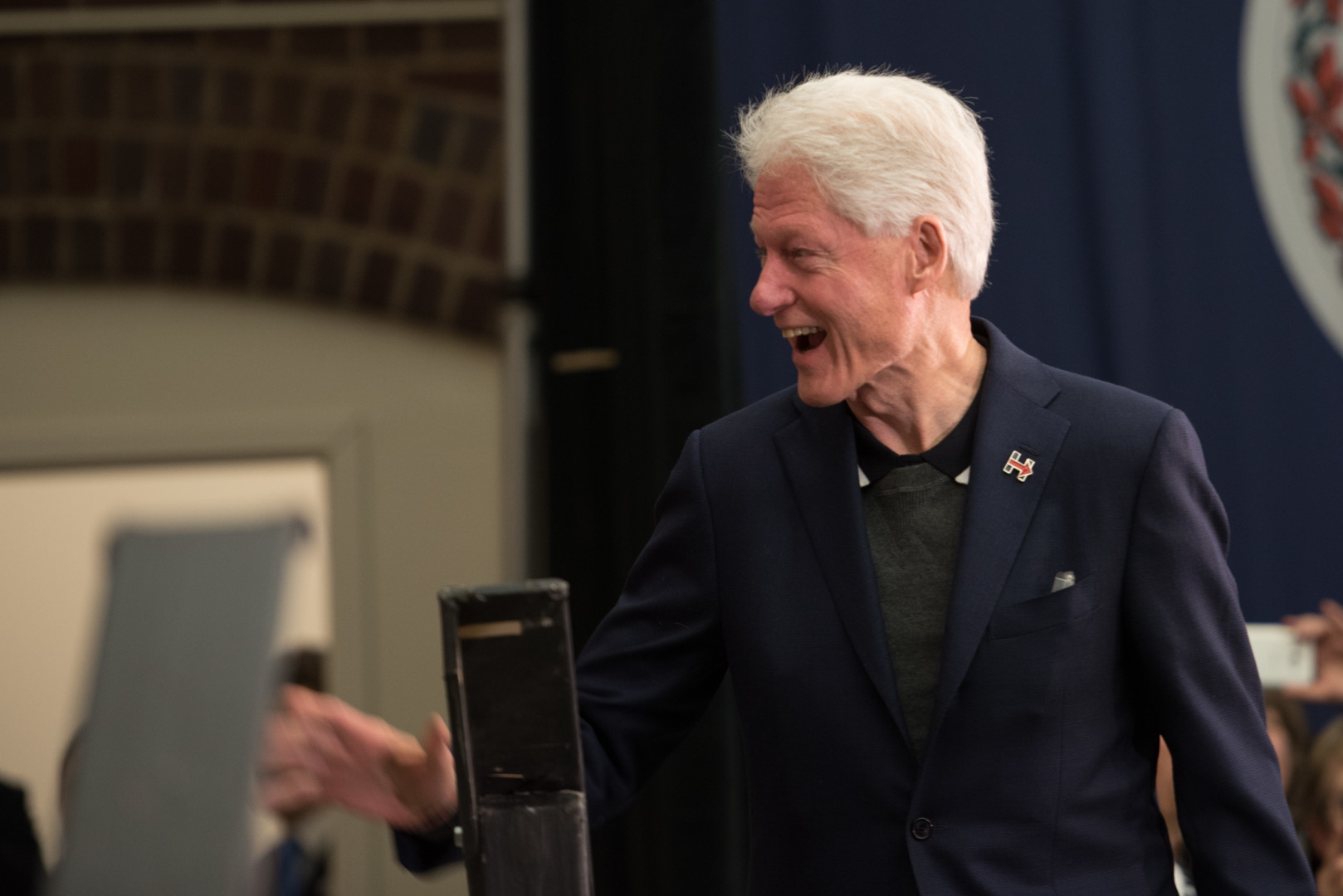 Clinton's 1996 welfare law is a model for Republicans now. (Rob Kunzig/Morning Consult)
By Will Dobbs-Allsopp

As the country prepares for the possibility of a Hillary Clinton presidency, a newly rekindled Republican conversation about poverty is centered on a law that was enacted the last time the Clintons lived at 1600 Pennsylvania Avenue.

Washington’s poverty wonks are dusting off white papers and policy blueprints as House Republicans aim to roll out a comprehensive poverty proposal before July. Republicans hope their recommendations can frame a legislative push at the start of a new administration.

At the heart of that current poverty debate is the 1996 welfare reform bill that President Clinton signed. That law created Temporary Assistance for Needy Families, or TANF, which replaced the previously existing federal cash assistance program with one largely managed by the states. Beneficiaries are subject to new working requirements and time limits.

It remains a controversial overhaul that, depending on whom you ask, is either a model for future government assistance programs or a cautionary tale.

Rep. Andy Barr (R-Ky.), who leads an anti-poverty group in the House GOP conference, views the positive outcomes from TANF as the principle reason to push for more state-run poverty programs with work requirements.

“The rolls for folks on welfare plummeted and employment shot up. Lives were saved,” Barr told reporters at a recent roundtable. “Central to that successful effort was work requirements for Temporary Assistance to Needy Families.”

Offering a completely opposite opinion is Rep. Barbara Lee (D-Calif.), who runs the Democrats’ task force on poverty under House Minority Whip Steny Hoyer (D-Md.). Far from being a model for future efforts, she says the current program doesn’t effectively assist impoverished families.

“When you look at the way it was structured as a block grant, only one in three families in poverty are actually served by TANF,” Lee said in an interview.

That some Democrats now openly criticize Clinton’s welfare reform law is hardly surprising. At the time, the president’s support was viewed by liberals as giving in to the right. Using block grants, TANF delegated much of the decisions about poverty assistance to the states. States receive a lump sum of money to design their own welfare program as long as they keep assistance at a certain level and promote job preparation and work.

Under TANF, half of a state’s beneficiary families, and 90 percent of two-parent families, must engage in “work activities,” which include paid employment or job training. The law further imposed a five-year lifetime limit on receiving cash assistance, but states have the ability to enact shorter limits.

Now, as House Republicans take another stab at welfare reform, both of the major innovations of TANF remain priorities for them. House members involved in the GOP effort say states should have more flexibility and that a broader range of federal programs should be subject to work requirements.

Republicans such as Barr and House Speaker Paul Ryan (R-Wis.) say the 1996 welfare law shows how effective work requirements can be as a part of poverty assistance. With TANF, child poverty rates dropped within a few years. Single mothers, typically considered most at risk of poverty, joined the workforce at higher rates than ever before.

Child poverty in female-headed houses plummeted from 49 percent in 1997 to 39 percent in 2001, according to a 2014 Congressional Research Service report on TANF. By the turn of the millennium, the percentage of poor single mothers who had worked at some point during that year had hit 64 percent, up from 43 percent only a decade before.

“The results were dramatic. Child poverty decreased. Employment for single mothers increased,” Barr said. “The data is there for people to see.”

But analysts have been unable to pinpoint the exact reasons for such a shift. It is unclear whether the work requirements and time limits of TANF drove single mothers into the workforce or whether the booming economy deserves most of the credit. CRS sidestepped questions of causation entirely.

“Untangling the effects of demographic factors, the economy, welfare policy, and other policy interventions on single mothers’ work behavior, welfare receipt, income, and poverty status is beyond the scope of this report,” Thomas Gabe, CRS’ specialist in social policy, wrote.

Other poverty experts say there is little hard evidence behind the GOP mantra that TANF directly caused the drop in single mother unemployment and child poverty.

First, child poverty rates did not stay at their lower 2001 level, and started rising again within a few years. The 2014 CRS report, for instance, shows that child poverty in female-headed households jumped up to 46 percent in 2013. Child poverty rates bottomed out roughly in tandem with the end to the ’90s economic boom.

Even if there is little data to back up Republicans’ claims that TANF played a primary role in improved work rates for single mothers and poverty rates for children, the law also accomplished another conservative goal — reducing the role of the federal government in the poverty safety net. Converting the nation’s primary cash assistance program to a state-run effort has resulted in a patchwork of safety net infrastructures driven largely by state legislators’ priorities.

State-run programs are at the heart of the Republicans’ philosophy about poverty assistance. A recent white paper written by the conservative House Republican Study Committee puts it this way: “Big-government welfare state has been a failure. The programs created by the federal government decades ago did little to address the root causes of poverty and the lack of upward mobility.”

“Studies have shown that children whose parents receive welfare benefits are more likely to become dependent themselves when they become adults,” the report says.

One of Democrats’ biggest gripes about TANF, and about the GOP’s admittedly vague proposals to give more block grants to states, is that state governments often find ways to use the federal dollars for purposes other than what Congress intended.

“Because it’s a block grant, the money goes into a variety of state budgets,” said Lee, who once received federal assistance herself. “They don’t have to use it specifically for the services for children and family who are living on the edge.”

Even adding the costs of job training programs and child care services to states’ basic cash assistance only accounted for about half of welfare spending nationally in 2014, according to the Center for Budget and Policy Priorities. Where did the rest go? According to a 2015 CBPP report, states spent 7 percent of the funds on administrative costs, 8 percent on refundable tax credits and 34 percent on “other areas.”

The specific breakdown of spending varies by each state, which have broad freedom to use the funds as they see fit. In some cases, according to CBPP, states have used their block grants to expand the state earned income tax credits and pre-K programs or to cover the growing costs of existing services, such as child welfare.

“In other cases, they have used [block grant] funds to replace existing state funds, thereby freeing those state funds for purposes unrelated to providing a safety net or work opportunities for low-income families,” CBPP analysts Liz Schott, LaDonna Pavetti and Ife Floyd wrote in the report.