Judd Gregg: Debate on Puerto Rico Could Drag Past Next Payment Deadline 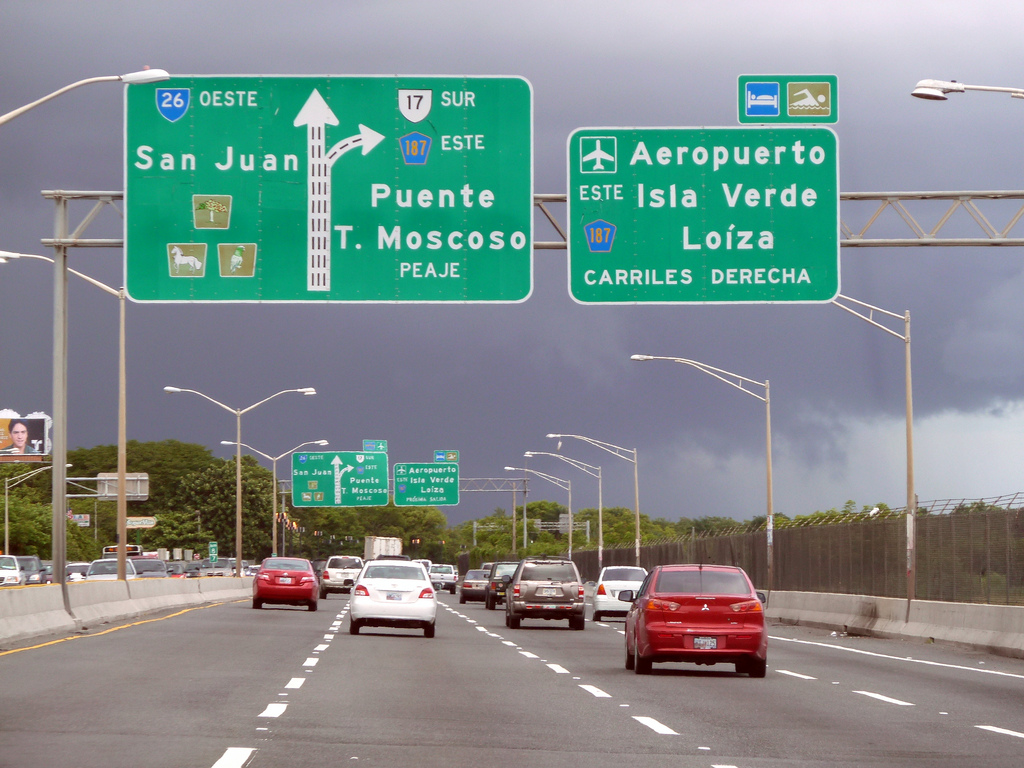 Lawmakers will return to Capitol Hill next week still trying to wrap up legislation to address the debt crisis in Puerto Rico. The debate could extend for weeks, or even months, as the bill writers continue to wrangle with election-year politics and TV advertisements against the measure, H.R. 4900.

New changes to that bill could be introduced as soon as next week, according to House Natural Resources Committee Chairman Rob Bishop. The Utah Republican, whose committee has jurisdiction over Puerto Rico, has been working with Speaker Paul Ryan (R-Wis.) and Democratic lawmakers to come up with a compromise on debt restructuring and fiscal oversight that can pass the House on a bipartisan basis.

Former Sen. Judd Gregg, a New Hampshire Republican, has taken up the cause of a group of bondholders who want to see a quick resolution to the crisis. Gregg is on contract with the law firm Quinn, Emanuel, Urquhart, and Sullivan to advise an ad hoc coalition of retirees and firms, such as GoldenTree Asset Management LP, that hold bonds that are backed by revenue from a special Puerto Rico sales tax. The longer the debt crisis continues, the greater the threat of an eroded tax base that could hurt those securities, known as “COFINA” bonds, grows. These creditors have been active in the discussions for a legislative solution and have praised the current version of the bill.

On Wednesday, Gregg spoke by phone with Morning Consult about the prospects for legislation, how it could impact creditors and the political fallout from a recent Puerto Rican default on debt owed by its Government Development Bank. All eyes now are focused on another set of debt payments worth $2 billion due on July 1. Without intervention, Puerto Rican officials say the island will default on that payment as well.

This interview has been edited and condensed for clarity.

Morning Consult: Since the default on the GDB payment this week, what kind of reaction do you think we can expect in Washington when lawmakers return next week?

Gregg: Hopefully it will bring the issue more into focus for people. And I think what’s important here is that people in Washington recognize that if Puerto Rico is allowed to go into some form of economic cardiac arrest, that’s going to be very serious and it’s going to end up costing American taxpayers a lot of money. A lot of folks from Puerto Rico — because they’re American citizens — are going to come to the United States to escape desperate times there. They’ll fall into the American social services net, so it’ll be expensive for taxpayers.

And I think there are a lot of misstatements being made about bailouts, because the bill the speaker has put together with Chairman Bishop is not a bailout bill. The real bailout here will occur if Congress doesn’t take any action, and you’ll end up with a mass migration of folks trying to find a way to make a living and coming to the United States, as they have every right to do.

If you don’t have some sort of orderly process to bring creditors together and push for an agreement, then clearly the next default will occur in July. And at that point, Puerto Rico heads into this area of what I call economic cardiac arrest.

MC: How do you think this week’s default could affect the ongoing negotiations between the House, the Treasury Department and private sector stakeholders over issues like the fiscal oversight board or debt restructuring?

I don’t think this event probably affects that much, because people knew it was going to happen, and it was discounted. But the fact that it did happen makes it pretty clear that the [July 1 payment] — if that’s defaulted on, then you’ve got real, real big problems in the area of where Puerto Rico goes and how it ends up economically. So I do think that it’s a confirmation that inaction will cost us a lot of money.

MC: If Congress doesn’t act before July 1, what consequences do you think bondholders can expect, and how do you think members of Congress will react?

I think it’s uncertain, but it’s not good. Nothing good is going to happen here if we don’t reach some way to restructure.

I think it’s difficult to presume that the Congress is going to be able to get its act together by July 1. But what’s important is that there be a clear pathway to reaching agreement, with an outline of what it’s going to involve. And the linchpin of any congressional action is a very strong fiscal oversight board. And if they can reach an agreement on an outline of how to proceed, then that will give some stability to the process even though there may still be this major default.

You remember that old Fram oil ad: You can pay me now or you can pay me later? This is a little bit different: If you don’t do anything now, you’re going to pay me a lot later. And that’s the difference.

MC: What could timing for the bill look like?

I think what hopefully can happen is that a bill can be reported out of committee, that there’s consensus. It may not get over the floor, and it certainly won’t get through the Senate in that time frame. If the Congress can follow the leadership of the speaker, of Chairman Bishop, and have the Democratic participation, then that would be a huge step forward and get some certainty into the process that there’s actually going to be a constructive resolution.

MC: Given the divisions within Congress about whether debt restructuring constitutes a bailout, what do you think is the best way for the bill’s advocates to convince skeptical members who are worried that their constituents will see it as a bailout?

The best avenue is to go to the facts. And the facts are pretty clear. The bill says no taxpayer dollars, it’s not a bailout. It’s being misrepresented — the purpose of which is to defeat the legislation or defeat the effort. But that is not accurate. And the practical implications of not acting are that there will be a significant cost to the American taxpayer.

There’s no two ways about it. If Puerto Rico goes into economic disarray, we as a nation are going to end up with very significant costs as a result of having to support Puerto Rico, or as a result of a large percentage of the Puerto Rican population coming here. There are 3.5 million people in Puerto Rico, and if 20 percent come to the United States to try to avoid the economic distress down there, that’s 600,000 people. That’s going to put a lot of stress on the states that end up with those folks coming — Florida and New York primarily — but it’s also going to be expensive for the taxpayer.

MC: How do you think that the Senate is viewing what is happening in the House, and how will that affect their consideration of the measure?

If they can reach consensus in the House, the Senate is going to follow very quickly. There are a lot of very sophisticated people in the Senate who I think understand the implications here, and actually understand Puerto Rico fairly well. So I do think you’ll see Senate action move rather promptly if the House passes a bill.

MC: So would you expect action in the summer, before the election, or possibly in a lame-duck session?

I think it depends on how quickly the House moves. If the House is able to put together a bill, get it out of committee and get it out on the floor by the end of July — hopefully even before that — then the Senate, I think, would move pretty quickly and would get the bill out also.

MC: How does all of this affect COFINA senior bondholders?

The COFINA people are in a little different position because senior bondholders basically have a connection to the sales tax. So they’re in a much stronger position than the other people at the table. But as a practical matter, they’re being very responsible by saying they’re willing to participate. They are the only group that’s publicly supported, aggressively, the proposal and the effort by the speaker and by Chairman Bishop. So I think that the outline of the original bill was something that they were comfortable with. And there are changes that are going to occur, and they want to be part of the process and be constructive.

The key here is that the COFINA group is committed to being constructive because they understand that if Puerto Rico goes into this cardiac economic arrest, their revenue source that supports their bonds, which is sales tax, will be significantly impacted because the economy will be in collapse and sales tax revenues will obviously fall. So they’ve got a vested interest in seeing Puerto Rico work through this in a way that gives them some future.

In fact, I’m personally interested in promoting growth initiatives that actually turn this Puerto Rico situation round. We need a growth agenda, as well as a restructuring agenda, if you’re going to get Puerto Rico back on a course where the people can live there in reasonable prosperity. And that’s our responsibility, I think, because they are a territory of the United States.

MC: Do you think that a majority in both parties of both chambers of Congress will be able to support whatever compromise emerges with the new language?

I presume that if the speaker and the chairman are behind it, and you’ve got the Democratic leadership behind it, that you’re going to have enough votes to pass it, yes.

But this misinformation campaign, which is really not based in fact, does have an effect in an election year. It’s crass politics, unfortunately. People being misinformed publicly as to what this does is not good for getting good legislation through.

MC: Do you anticipate that the Puerto Rico debt crisis will become more of an election issue as the campaign goes on, and how would that affect Congress’ consideration?

Election years are times when it’s very difficult to legislate because members become tentative. They don’t want to take positions that might create risk and can be misrepresented. And so yeah, this is an issue. It’s one of the complications of getting a good piece of legislation through. And as long as you’ve got people out there misrepresenting, that makes it more difficult for a rank-and-file member who’s not vested in this interest in any way to engage on it.