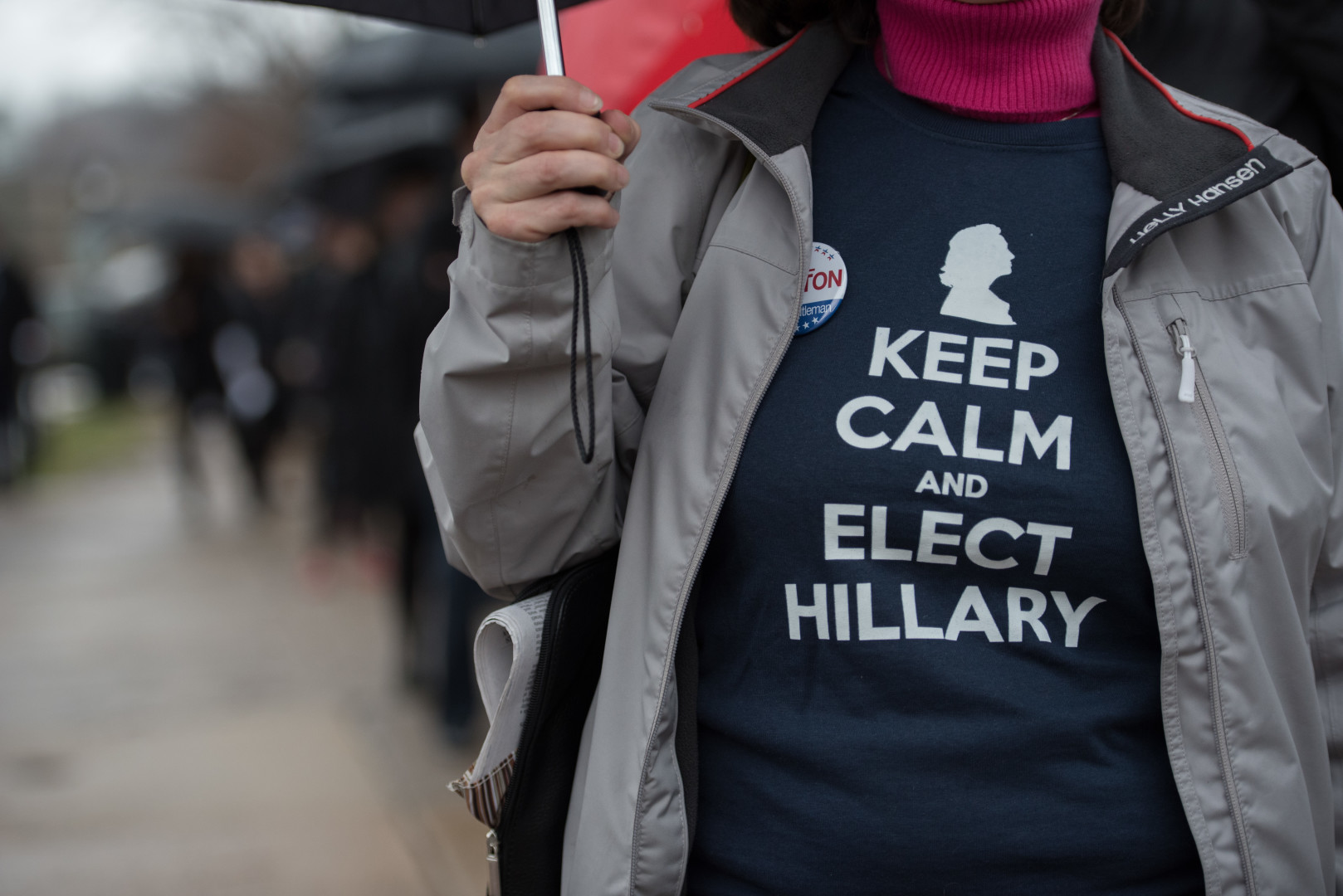 A Clinton supporter waits in line at a campaign event in Alexandria, Va. (Rob Kunzig/Morning Consult)
By Cameron Easley

As presumptive nominees Donald Trump and Hillary Clinton continue their march toward the July conventions, a new Morning Consult poll finds the former secretary of State and first lady leading the real estate mogul in the general election.

A national survey of more than 6,000 voters from this past weekend shows Clinton garnering 44 percent of the vote, if the November election were held today. Thirty-eight percent of respondents back the New York businessman.

Among independents, almost a third (29 percent) remain undecided in their vote. Trump holds a slight edge among independents who have made their choice, leading Clinton by 3 percentage points, 37-34.

Clinton’s main advantage against Trump is her support from minorities and women. More than half (56 percent) of the 537 Hispanics surveyed back Clinton over Trump, while just 15 percent remain undecided. The disparity is even larger among African Americans: Almost 8 in 10 black voters say they’d cast their ballot for Clinton. She also sports a 10-point lead over Trump with women, 45-35.

In the highly unlikely event of Clinton’s primary challenger, Sen. Bernie Sanders, mounting an incredible comeback and clinching the Democratic nomination, our polling shows the Vermont independent faring even better against the bombastic millionaire in the fall.

Sanders pulls in more than half (51 percent) of voters’ support in our newest poll, compared with Trump’s 36 percent.

But Sanders still trails Clinton by 9 points, 49-40, in our national poll of Democrats and Democratic-leaning independents, and his strategy for defeating Clinton relies on switching the support of many of the unbound super delegates at the convention, which is not likely to happen.

The Morning Consult survey polled 6,005 registered voters May 5-9, with a margin of error of plus or minus 1 percentage point. See the toplines and crosstabs.