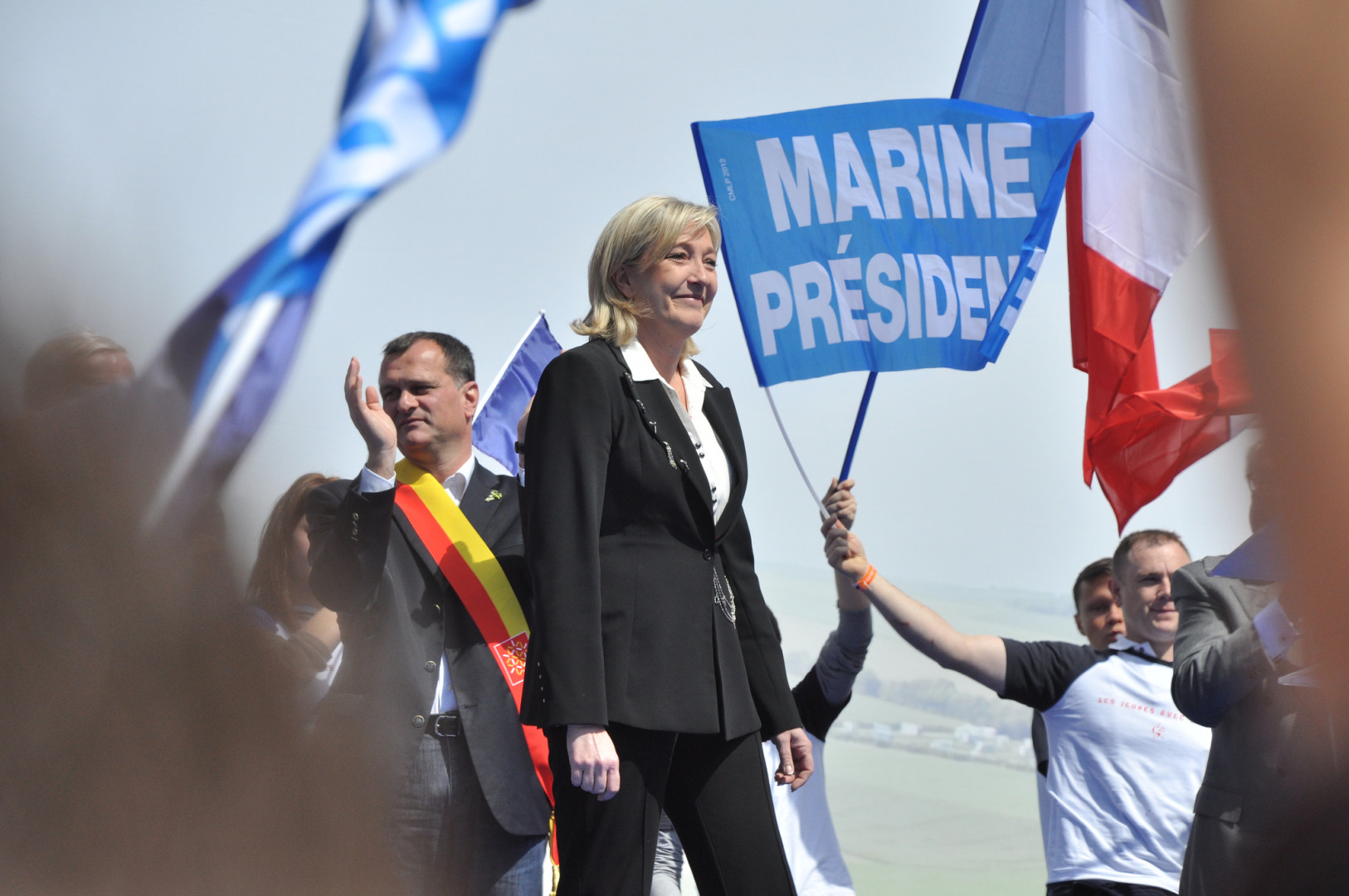 Le Pen is a force to be reckoned with in France. (Image via flickr)
By Reid Wilson

A deep disconnect between political elites and the constituents they serve — driven by an economic recession and recovery that has disproportionately benefited the wealthy at the expense of the middle class — and coupled with efforts to reform national immigration policy, has given rise to a wave of populist candidates on both sides of the political spectrum.

In the U.S., that atmosphere serves as the foundation of an unprecedented race for the White House. The Republican Party is poised to nominate a populist real estate mogul who has promised to renegotiate trade deals and build a border wall, while a growing populist faction within the Democratic Party has fueled an unexpectedly strong challenge on the basis of dramatically regulating Wall Street, big banks and corporations.

But the U.S. presidential election is hardly unique in a world in which populist parties and candidates are thriving. The rise of Donald Trump and Bernie Sanders comes after a decade in which similar populist movements have gained considerable power in most of the world’s liberal democracies.

The same economic anxieties and fears of political stagnation and corruption that have bolstered Trump and Sanders is at work in some of America’s closest allies, experts say.

“The accelerant was the financial crisis. You had basically a very angry and frightened electorate that in some ways blamed the establishment, left and right,” said Heather Conley, director of the Europe Program at the Center for Strategic and International Studies. Then came the flood of migrants from Africa and the Middle East: “It was like putting your foot down on the accelerator. It continued to exacerbate fear of the economic crisis.”

In the United Kingdom, the right-wing UK Independence Party has seen a surge of support in the last decade. In general elections in 2001, the party attracted just 390,000 votes, or about 1.2 percent of the total number of votes cast; in 2015, the party formerly led by Nigel Farage won 13 percent of the vote, or 3.9 million votes.

Voters in Austria, who have contended with the brunt of the migrant crisis that grips Europe, gave 36 percent of the vote to Norbert Hofer, the right-wing populist Freedom Party’s candidate for president, more than double the 15 percent that party received in the 2010 elections. Austria’s two major parties failed to make the presidential runoff. The Freedom Party has grown from 18 seats in Austria’s Parliament after the 2002 elections to 40 seats after the 2013 elections, making it the third-largest faction in the governing body.

Voters in Switzerland handed the populist Swiss People’s Party the largest number of seats in Parliament after elections last year. The New Flemish Alliance, a populist party that allies with other nationalist factions in the European Parliament, has grown from just one member of the Belgium Parliament in 2003 to 33 members today, making it the largest single party in a deeply divided nation.

The Danish People’s Party now holds 37 seats in Denmark’s Parliament, up from 22 seats after the 2011 general election. Nationalist, populist parties control parliaments in Macedonia and Poland.

Nick Greenstock, managing director of the London-based risk analysis firm Gatehouse Advisory Partners, pointed to a host of factors, from increasing decision-making power being vested in the European Union, and a consequential decrease in national sovereignty, to social fragmentation during times of economic stress and an increased risk appetite among voters who don’t see a harm in giving some new party a try.

“The anti-establishment sentiment in Europe has been building for some time, based in part on the electorate’s sense of inequality, which they see evidence of every day,” Greenstock said.

Populist sentiment is growing on the left, as well as the right. Angry at years of austerity and painful cuts to social services forced upon them by European creditors, Greek voters elected the left-wing Syriza Party in January 2015. Italian voters gave a quarter of their vote in 2013 to the Five Star Movement, a left-wing coalition led by comedian Beppe Grillo, making it the third-largest party in both the Italian Senate and the Chamber of Deputies.

Voter anger at traditional politicians has coincided with a decline in political participation, Conley said, in countries across Europe, a phenomenon that has demonstrated itself across the United States over the last half century. Anti-immigrant and other inflammatory rhetoric, the hallmark of Trump’s campaign, is similarly on the rise; Italy’s Grillo suggested this weekend that Sadiq Khan, the first Muslim mayor of London, would “blow himself up in front of Westminster.” France’s Le Pen was acquitted in 2015 of inciting hatred for comments about Muslims.

The rise of new parties, many of which only came into existence within the last 15 years, demonstrates the extent to which voters are disgusted with the governing elite.

“Anybody who had nothing to do with government is immediately vaulted,” Conley said. “They are not corrupted by government, they have brash new ideas, they want to bring the system down.”