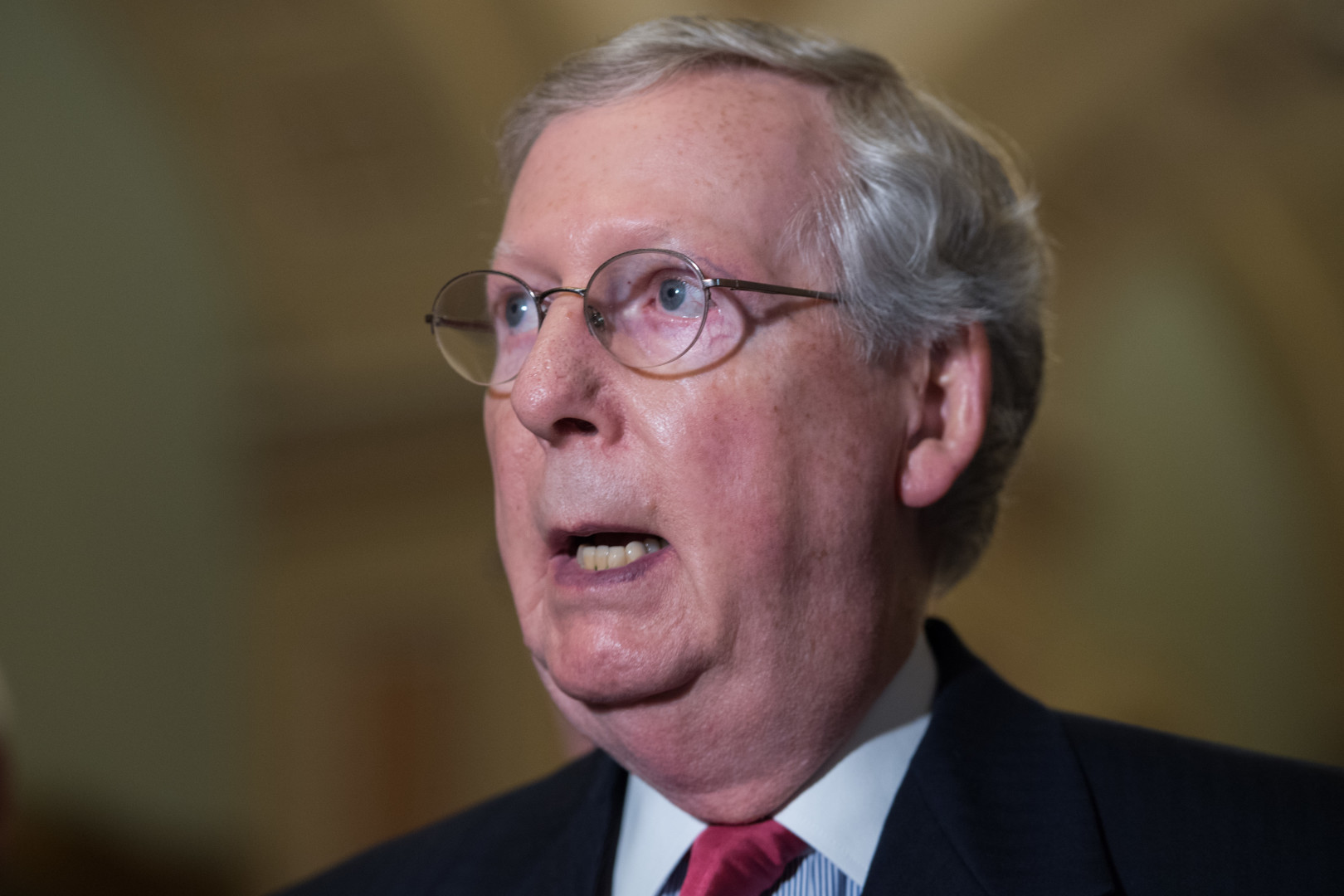 Senate Republican leaders are declaring victory after a potential court fight abruptly ended Wednesday over whether the Securities and Exchange Commission should require companies to disclose their political donations.

A petition to require the SEC to propose a rule on company campaign disclosures was voluntarily withdrawn because, according to the petitioner, it would waste the court’s time.

Four Republican senators led by Senate Majority Leader Mitch McConnell (R-Ky.) on Monday submitted a “friend of the court” brief to the U.S. Court of Appeals for the District of Columbia Circuit urging the panel not to take up the petition. The brief was authored by the Center for Competitive Politics.

The filing is something of a poke in the eye of Senate Democrats who have loudly declared that the SEC needs to issue a corporate donation disclosure rule. Democrats have argued that the rule is essential, given the growing public interest in campaign finance.

In their brief, the Republican senators particularly took issue with the fact that a ruling in favor of the petitioner, Stephen M. Silberstein, would go against a provision included in last year’s omnibus funding measure that prohibits any congressional appropriations for a corporate disclosure rule.

“We are happy to see the law passed by the Congress intact,” said David Popp, a McConnell spokesman.

In his petition, Silberstein requested that the D.C. Circuit — one of the most powerful federal courts in the country — issue an order compelling the SEC to “take all steps necessary to propose a corporate disclosure rule, including discussing, investigating, planning, and developing a draft proposal” within 30 days of a decision.

The action is necessary, the petition said, because “the inaction on the SEC’s part kept the public in the dark about corporate political spending” and “has allowed the flood of anonymous or ‘dark’ corporate money pouring into our elections to continue at ever increasing levels, with no accountability to shareholders.”

McConnell, joined by Banking Committee Chairman Richard Shelby (R-Ala.), Appropriations Committee Chairman Thad Cochran (R-Miss.) and Sen. John Boozman (R-Ark.), claimed in their brief that the petition contained a “lawless suggestion that an agency may plan, draft — and even ‘propose’ — a rule that it has no authority to issue.”

The SEC hasn’t acted on the proposed rule because it is following language in the 2016 appropriations act that blocks it from using funds to “finalize, issue or implement any rule, regulation, or order regarding the disclosure of political contributions, contributions to tax exempt organizations, or dues paid to trade associations,” the brief noted.

“The Petition requests an extraordinary remedy that would violate the statutory language of the Consolidated Appropriations Act, 2016 — an official act of Congress,” the senators wrote. “Moreover, it does so by engaging in a heated discussion of political issues that are clearly outside the mission of the SEC.”

Additionally, the brief argued that the SEC needs to prioritize other rulemaking related to the Dodd-Frank financial reform act and that shareholders aren’t exactly clamoring for SEC action on the issue.

Democrats in Congress, however, are eager for such a rule. In April, Democrats on the Senate Banking Committee, in a battle led by Sen. Chuck Schumer (D-N.Y.), succeeded in blocking two appointees to the SEC because of their dissatisfaction that neither nominee had committed to support a disclosure rule. Those same lawmakers, including Sen. Elizabeth Warren (D-Mass.), also opposed the appropriations language.

A Schumer spokesman noted that a letter from 94 House and Senate members argued in December that the SEC still has the authority to propose the rule.

The judicial process, though, is done for now. The appropriations process is scheduled to continue through September but could last longer if Congress doesn’t finish its negotiations on time. It is likely the same prohibitory language on the rule will be placed in the 2017 funding bill.

Anne Weismann, executive director of the Campaign for Accountability that led Silberstein’s suit, said in a statement that the decision to voluntarily withdraw from the case had nothing to do with McConnell’s amicus brief.  Instead, it was because the petitioners didn’t want “to waste our time and the court’s time” on the appropriations issue.

She said the petition was filed in order to get the SEC to either agree to propose the rule or explain publicly why it wasn’t doing so.

“I think Congress has done a huge disservice to the American public, because we see from what’s going on right now in this election how interested and critical the public view of public financing is, and the role of corporations in that process,” Weismann told Morning Consult. “And I think the efforts of Republicans to block that access, to prevent the SEC from going forward, has done a huge disservice to the public.”