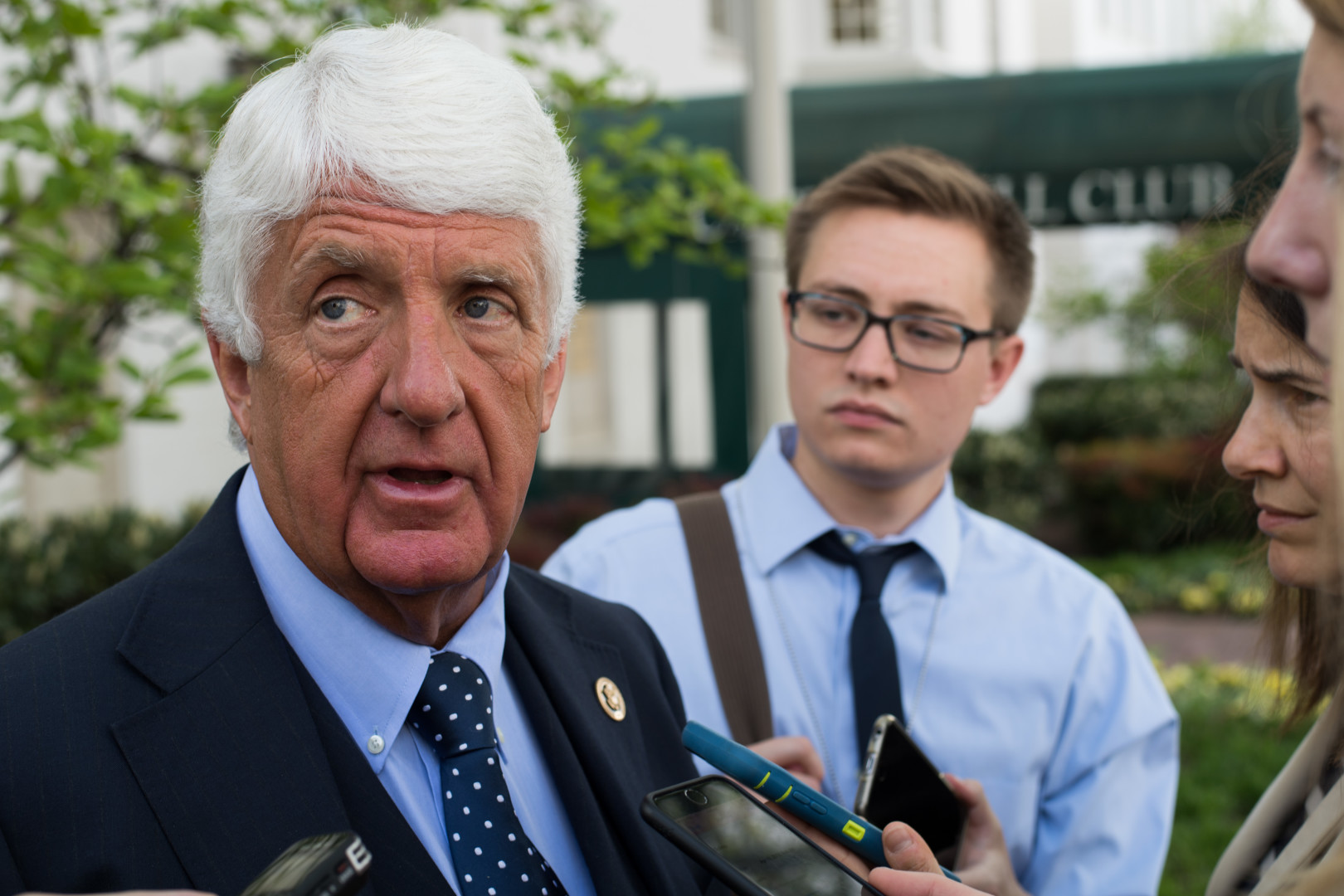 Bishop has tried for weeks to get the Puerto Rico bill finalized. (Rob Kunzig/Morning Consult)
By Ryan Rainey

Republicans on the House Natural Resources Committee on Wednesday introduced a new measure aimed at giving Puerto Rico the tools to restructure about $70 billion in debt.

“Tonight we introduced legislation to responsibly address the crisis in Puerto Rico,” Bishop said in a statement Wednesday. “The revised bill incorporates technical refinements and input from all stakeholders. Any future changes will be done in public committee meetings.”

Some stakeholders may consider the revisions to be significant. According to a Natural Resources Committee summary, the new measure would block a new Labor Department overtime rule from applying to Puerto Rico.

The changes also include language that clarifies the fiscal oversight board’s authority to protect prioritized payments to bondholders. Those payments are required by the commonwealth’s constitution.

“PROMESA creates a firewall between the constitutionally protected creditor hierarchy and pensions in the development of Fiscal Plans,” the committee summary stated, referring to the bill by its acronym.

The legislation also bars Puerto Rico’s governor “from executive any budgetary adjustment” between the enactment of the bill and the establishment of its oversight board, and has language to “reiterate the promotion of voluntary restructuring agreements and explicitly honor voluntary agreements that are already in place,” the summary said.

Talks between House lawmakers and the Obama administration lasted more than a week, largely due to hangups over language concerning the oversight board’s composition and the prioritization of creditors that had to be hashed out between the White House, the Treasury Department and Speaker Paul Ryan’s office.

The Treasury Department has called for language that would prioritize pensioners over creditors, but Republicans’ rejection of that language was non-negotiable.

The new bill retains provisions, with some alterations, that some opponents have called a form of “Super Chapter 9” bankruptcy. That language, which gives the federal district court in Puerto Rico “personal jurisdiction over any person or entity,” remains in section 306 (c) of the new legislation.

Daniel Hanson, an analyst for the Washington-based broker-dealer Height Securities LLC, said a provision that separates constitutionally guaranteed debts from other claims like pensions in restructuring votes would help the bill gain more support.

“This version will pass,” he said today in an email to Morning Consult.

The Natural Resources summary addresses the Chapter 9 accusations, as well as concerns that the bill has implications of “contagion” to other debt-strapped jurisdictions beyond Puerto Rico, whose relationship with Congress is formed under the Territorial Clause of the U.S. Constitution.

“PROMESA ensures that Puerto Rico is unable to repudiate its debts,” the summary said. “Instead it institutes fiscal and economic reforms to guarantee the island regains access to capital markets.”

Pedro Pierluisi, Puerto Rico’s non-voting representative in the U.S. House, said the new bill is closer to earning his support, which would be important to attract Democratic support for the measure.

“Like any product of bipartisan compromise, it contains provisions I oppose or view as unnecessary, and it is my hope these provisions can be modified or removed as the legislative process moves forward,” he said in a statement Wednesday. “However, the heart of the bill—the debt restructuring section and the oversight board section—now comes far closer to meeting the stringent criteria I established in order for the legislation to earn my support.”