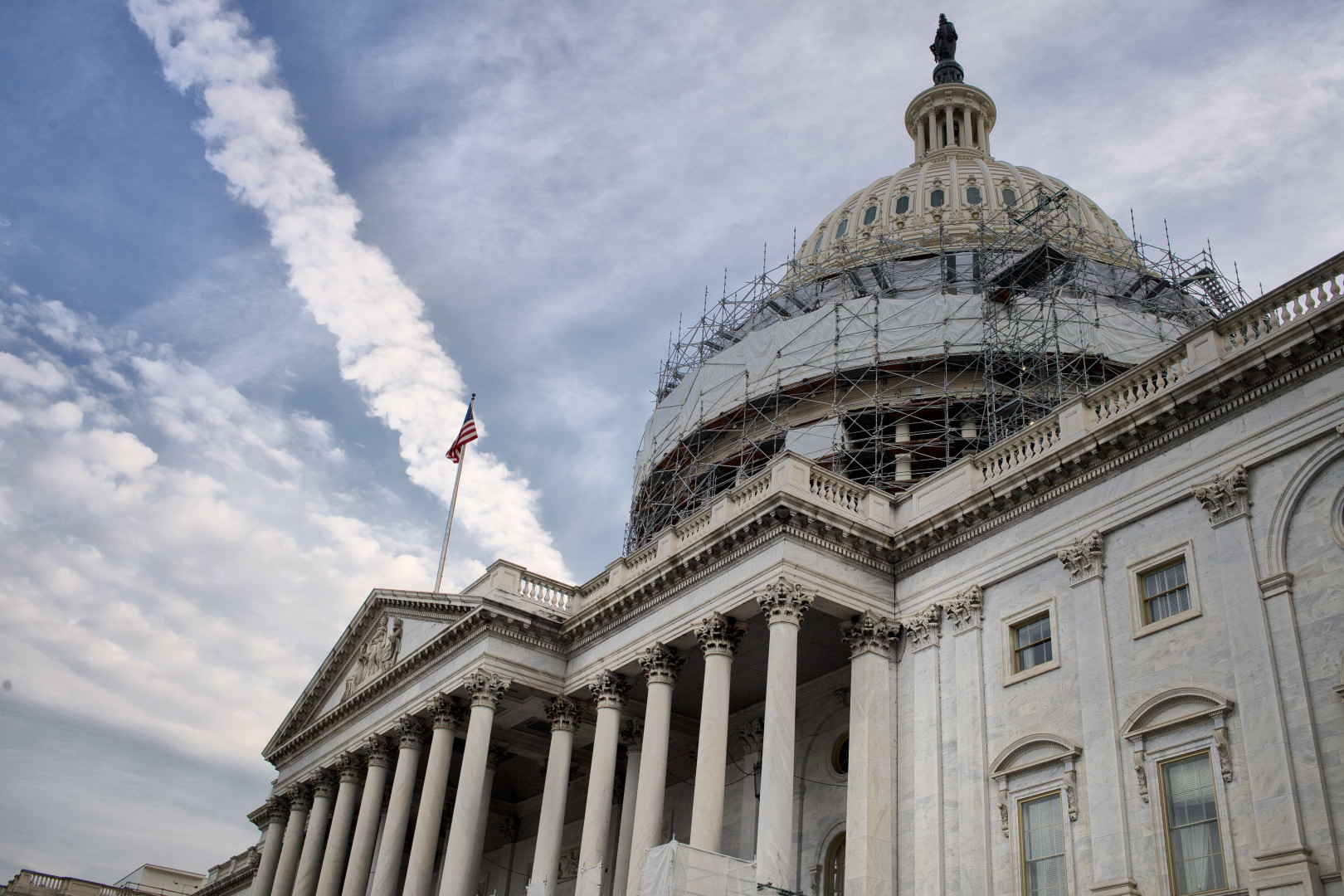 After weeks of negotiating, the House Natural Resources Committee has finally scheduled a vote to advance legislation addressing Puerto Rico’s debt. Lawmakers are hoping to stave off a default of about $2 billion before a July 1 payment deadline.

The current version of the Puerto Rico bill was negotiated between House Republicans and the Obama administration. If the committee passes the bill, it would set up a House vote in early June.

In the Senate, the annual defense policy bill is on tap. Senate Majority Leader Mitch McConnell (R-Ky.) aims to have the chamber complete work on the defense bill before the Memorial Day break. The bill, which sets the nation’s defense policy for next year and was approved by the Armed Services Committee in a 23-3 vote, will likely be subject to numerous votes on amendments.

Divisive issues — such as women registering for selective service and rights for the lesbian, gay, bisexual and transgender community — could come also come up in amendments as the Senate debates the measure. Similar issues were raised when the House considered its own defense policy bill.

The House, meanwhile, is slated to vote on its version of the energy and water appropriations bill as well as the final House and Senate deal to update the Toxic Substances Control Act. Lawmakers released the text of a final TSCA deal  on Friday, setting the stage for a vote early next week. If it passes both chambers and moves to the White House, it will be the first update of the law in 40 years.

The Senate and House also plan to convene in conference to reconcile two proposals that combat the Zika virus. But there are key differences between the two bills, including the amount of money available and whether it is offset elsewhere in the federal budget. Those issues could require some serious negotiating to reach a compromise. So far, neither chamber has named members to the conference committee.

Republicans on the House Judiciary Committee will hold a hearing questioning the value of impeaching Internal Revenue Service Commissioner John Koskinen. The hearing, which is scheduled for Tuesday, is the first of two on tap.

The Senate will vote on Monday to pass S. 2613, the Adam Walsh Reauthorization Act. The House will hold a series of votes on uncontroversial bills on Monday at 6:30 p.m.

The final steps in updating the Toxic Substances Control Act could be all but completed before Memorial Day. It would mark the first time the law has been adjusted in 40 years.

Lawmakers announced a deal reconciling House and Senate versions on Thursday, although Sen. Barbara Boxer (D-Calif.) said she would like to see a few final adjustments.

Before the House and Senate approve the deal and send it to the White House, there could be some tweaks to the provisions about how and when federal chemical regulations preempt state regulations, Richard Denison, a senior lead scientist at the Environmental Defense Fund, told Morning Consult.

The House Rules Committee has scheduled a meeting Monday on the bill that will set parameters for a House vote later in the week.

That Rules Committee meeting will also cover the House’s energy and water appropriations bill, where there could be proposed amendments on a range of energy issues such as the Clean Power Plan or the administration’s new methane rule.

On Tuesday, the House Appropriations Committee will hold a vote on its Transportation, Housing and Urban Development appropriations bill. The Senate passed its version of the transportation and HUD spending bill on Thursday.

The House Natural Resources Committee will also be busy on Tuesday. Before it convenes its voting session on Puerto Rico legislation in the evening, it will hold an oversight hearing “investigating the culture of corruption at the Department of the Interior,” a subcommittee hearing on three bills on water settlements, and another subcommittee hearing on four bills relating to national monument boundaries and other local land issues.

The Senate Environment and Public Works Committee will hold a hearing on Tuesday on the Environmental Protection Agency’s Waters of the United States rule.

A couple of red-state attorneys general will be in Washington to talk about the Clean Power Plan this week. West Virginia Attorney General Patrick Morrisey will make his case at the National Press Club on Monday. And Oklahoma Attorney General Scott Pruitt will testify at a House Science subcommittee hearing on the CPP on Thursday.

The House Oversight Committee will hold a hearing Tuesday on “the future of recreation.gov.”

The Senate Judiciary Committee on Thursday will vote on long-awaited privacy legislation, an update to the 1986 Electronic Communications Privacy Act.

The full panel will vote on S. 356, a bill that would update the law to require police to get a warrant before accessing the content of suspects’ online communications that have been stored for longer than 180 days in a cloud service. In pre-web days, those messages were considered abandoned, so a warrant wasn’t needed.

The vote on the privacy bill was delayed for a week, giving members time to go over it. Chairman Chuck Grassley (R-Iowa) was coy when addressing potential changes to the popular bill.

“There is some feeling… that since this bill passed the House 400-0, that we should just accept it. My judgment is that the Senate ought to do its due diligence on it,” Grassley said Thursday. Ranking member and bill consponsor Sen. Patrick Leahy (D-Vt.) corrected Grassley to remind him the House’s companion measure actually passed 419-0.

Grassley added that he didn’t anticipate any changes to measure, which is identical to the House-passed bill, but he wasn’t ready to rule out the possibility.

Grassley has previously expressed concern that the measure could make it tougher for investigators to go after criminals. Civil law enforcement agencies like the Securities and Exchange Commission and Federal Trade Commission have warned the law change could impede their ability to go after financial crimes. SEC Chair Mary Jo White recently wrote an opinion piece in the New York Times opposing the bill.

Grassley might have an uphill battle fighting the measure even as the chairman of the committee. Other than Leahy, cosponsors Mike Lee (R-Utah), John Cornyn (R-Texas), Dick Durbin (D-Ill.), Ted Cruz (R-Texas), Al Franken (D-Minn.), David Vitter (R-La.), Chris Coons (D-Conn.), and Richard Blumenthal (D-Conn.) all sit on the panel.

The Federal Communications Commission will hold its monthly open meeting on Wednesday where the commissioners will vote on a few uncontroversial items to update public inspection file requirements, strengthen network reliability during power outages, and finalize bidding rules in their auction to support the Connect America Fund.

If the Puerto Rico bill clears the House Natural Resources Committee, all eyes will be turned to the Senate to determine when and how it will address the island’s debt crisis after the Memorial Day recess. The Senate has done relatively little of its own negotiating on the measure, waiting to see if a debt restructuring bill can get through the House.

The House still would need to vote on the committee-passed bill, but that task becomes much easier if conservatives on the panel have already signed off. Committee member Rep. Raul Labrador (R-Idaho), also member of the ultra-conservative House Freedom Caucus, says he believes a majority of House Republicans will support the bill.

The measure, H.R. 5278, includes key changes to clarify a new fiscal oversight board’s authority to protect prioritized payments to bondholders, and would prohibit the commonwealth’s governor from any unilateral budget adjusting between the enactment of the bill and the establishment of the board. Importantly, House Democratic leaders have also praised the bill.

While House lawmakers are fussing over Puerto Rico legislation, Finance Committee Chairman Orrin Hatch (R-Utah) will continue his foray into fixing the double taxation of corporate earnings. A Tuesday hearing will examine how debt and equity models would be impacted by “corporate integration” that would eliminate corporate double taxation. John Buckley, a former chief tax counsel for the House Ways and Means Committee, will testify.

In the House, two Treasury Department officials will testify before the Financial Services Committee on Tuesday about how the federal government works across departments to stop terrorist financing

Likely candidates on the Senate side are Sens. Rob Portman (R-Ohio) and Sheldon Whitehouse (D-R.I.), the co-sponsors of the Senate bill.

Other likely candidates are Sens. Lamar Alexander (R-Tenn.), Patty Murray (D-Wash.), Chuck Grassley (R-Iowa) and Patrick Leahy (D-Vt.). However, the opioid issue is very popular and spans across several committees’ jurisdictions, which means a number of other senators could end up on the list.

On Tuesday, the House Ways and Means Committee will mark up a bill sponsored by health subcommittee Chairman Pat Tiberi (R-OH) and Ranking Member Jim McDermott (D-Wash.) that would adjust the way Medicare pays hospitals.