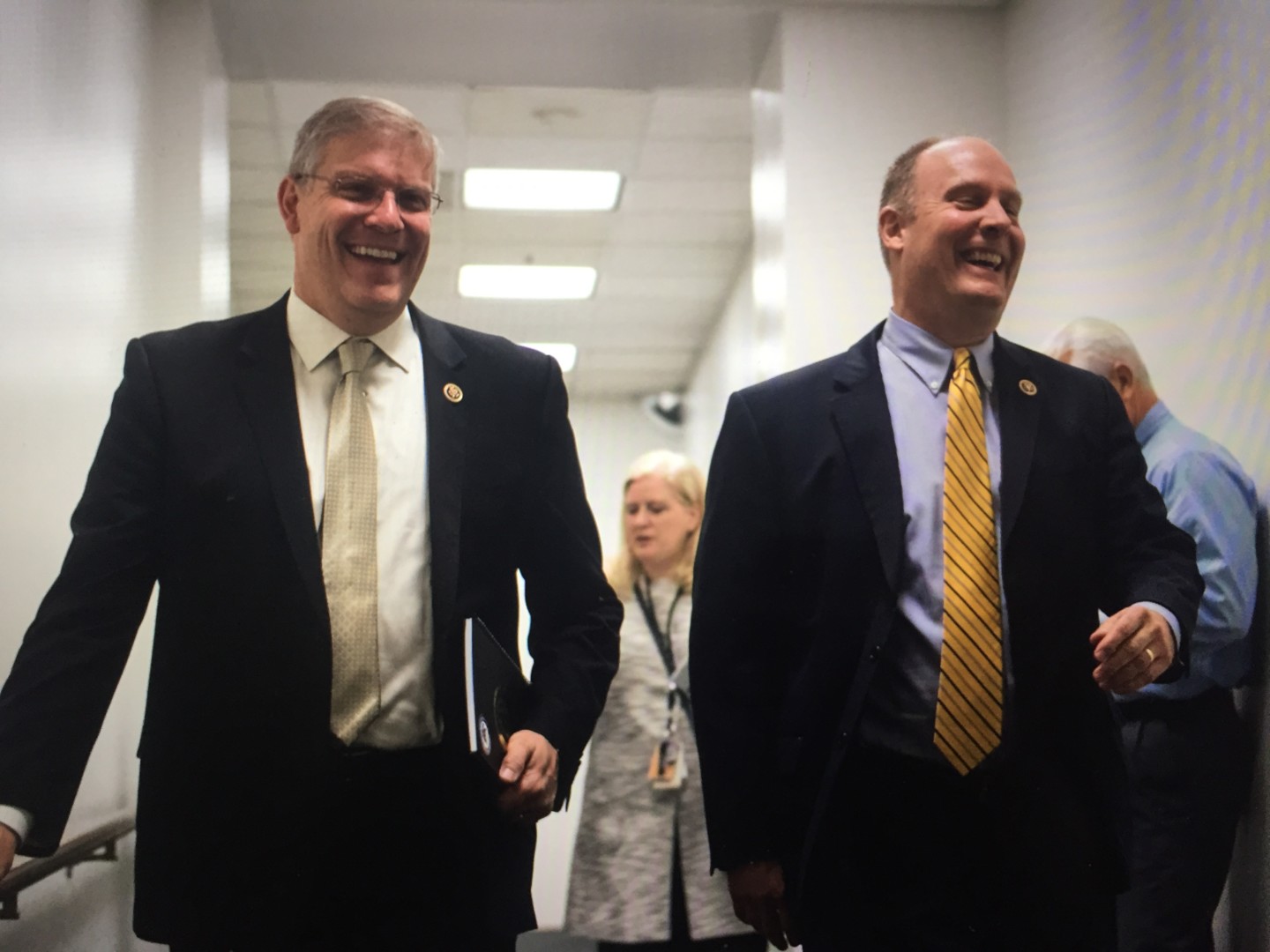 Loudermilk, left, is being criticized for voting for Boehner. (Rob Kunzig/Morning Consult)
By Reid Wilson

Voters in three of the most conservative districts in the nation head to the polls on Tuesday to pick congressional nominees in races that will once again test how poisonous the political environment has become for incumbents who dare to cooperate with party leaders in Washington.

Georgia Reps. Doug Collins and Barry Loudermilk both face challenges from conservative rivals who have labeled them establishment insiders. Meanwhile, Republicans south and west of Atlanta are picking a replacement for retiring Rep. Lynn Westmoreland, who spent his career in Congress helping fellow Republicans win seats across the country.

Collins, who represents the 9th District along the borders with South Carolina and North Carolina, faces four challengers who align themselves with the tea party movement. The most prominent is former Rep. Paul Broun, who represented part of the district during his three and a half terms in Congress; Broun, a thorn in the side of Republican leadership while on the Hill, has castigated Collins for backing former House Speaker John Boehner and current Speaker Paul Ryan. Broun has also highlighted a vote for a budget omnibus measure which did not cut federal funding for Planned Parenthood or the Affordable Care Act.

Collins has focused almost solely on Broun and the ethics charges that hang over the former congressman. The House Ethics Committee was investigating allegations that Broun’s office misappropriated taxpayer dollars to pay a campaign consultant before he left Congress; both the consultant and Broun’s former chief of staff have pleaded guilty to charges relating to that investigation.

Collins is the only candidate who has raised enough money to afford paid advertisements. After raising $715,000 through the first quarter of the year, Collins dropped about $130,000 on radio and cable television advertisements, according to a Republican source watching the ad market. Broun had only raised $65,000 by the end of the first quarter.

Northwest of Atlanta, in the 11th District, Loudermilk is also facing charges that he is an establishment stooge. The freshman faces four rivals who have also highlighted his vote for Boehner in 2015; Loudermilk pledged to vote against Boehner when he won his seat in 2014.

Loudermilk’s most vocal challenger, businessman Daniel Cowan, paid for television advertising pledging to keep his promises; the spot begins with an image of Boehner next to President Obama and former Secretary of State Hillary Clinton. Loudermilk also faces businessman Billy Davis, a former state senator in Arizona, and William Llop, an accountant who spent $20,000 airing his own advertising on Atlanta cable TV stations.

Through the beginning of May, Loudermilk had spent $447,000, though he has not run television or radio advertisements.

In Westmoreland’s 3rd District, voters will choose between seven Republicans vying to succeed the incumbent. Observers say state Sen. Mike Crane, former West Point Mayor Drew Ferguson and real estate developer Jim Pace lead the GOP field, though none are likely to win the majority they would need to avoid a runoff. Voters will choose between the top two on July 26.

Crane has won support from the conservative Club for Growth and the National Rifle Association, though he has raised less money than Ferguson. Pace, a wealthy businessman, loaned his own campaign $250,000.

All three districts are overwhelmingly likely to elect a Republican in November. Collins’s district gave Mitt Romney 78 percent of the vote in 2012; Loudermilk’s district gave Romney 67 percent, and Westmoreland’s district voted for the former Massachusetts governor by a two-to-one margin.