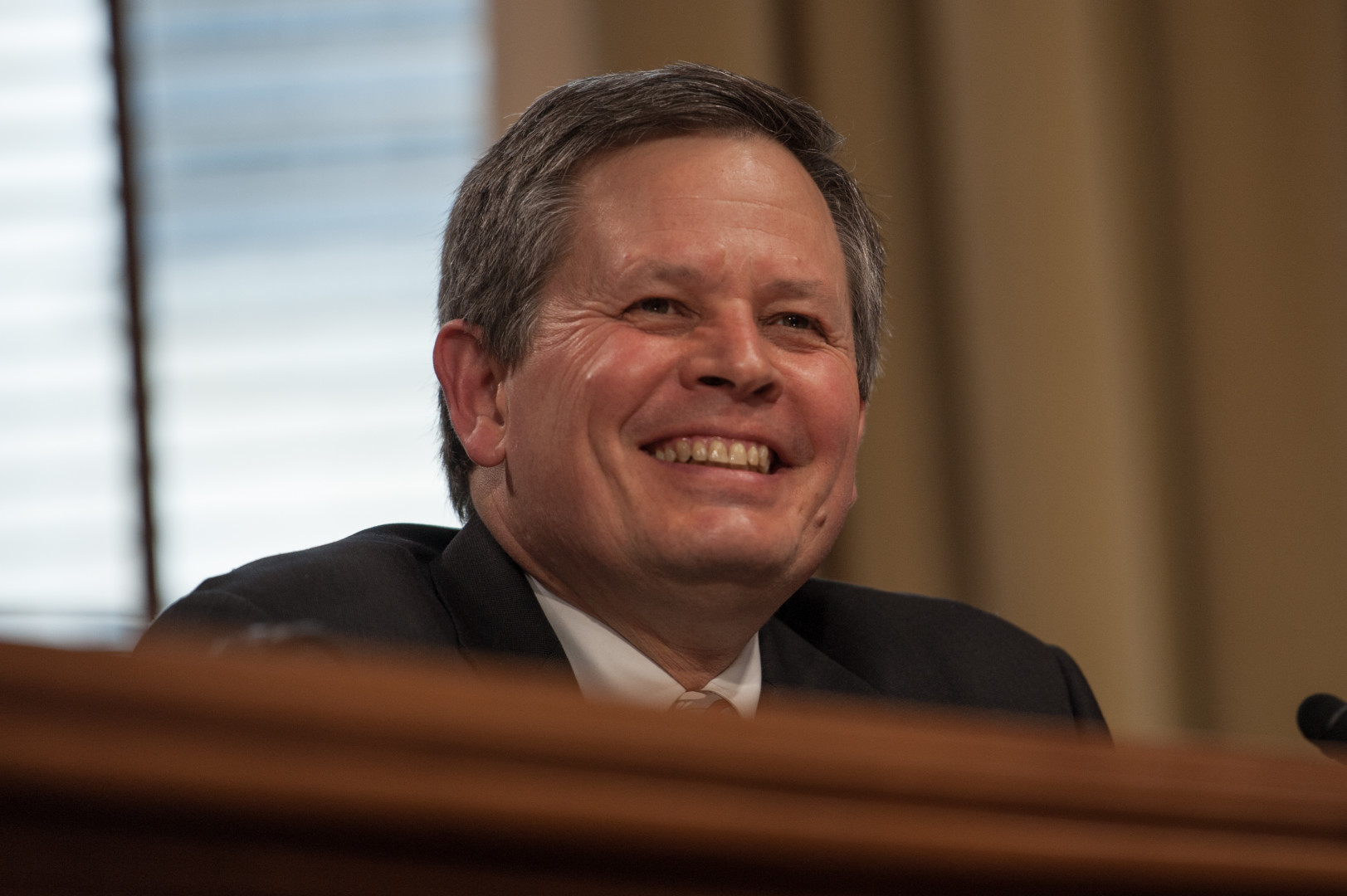 Daines worked out a compromise with Manchin. (Rob Kunzig/Morning Consult)
By Amir Nasr

Senate Democrats harbor concerns about a bill that would give small businesses an exemption from the Federal Communications Commission’s transparency requirements for three years, but they are standing pat for now.

The Senate Commerce Committee unanimously advanced the measure Wednesday in a voice vote, although two Democrats noted their opposition before allowing the bill to pass on a voice vote.

The enhanced transparency requirements are part of the commission’s 2015 net neutrality rules. The legislation aims to ease the burden that they place on small internet service providers in rural areas. Supporters argue that these providers might not have the money or resources to hire teams of lawyers or technicians to compile reports of their practices.

“Some businesses will actually be required to invest in new equipment just to collect the information required by these rules,” bill sponsor Sen. Steve Daines (R-Mont.) said. “These requirements are particularly onerous for small businesses who don’t have a team of regulatory attorneys.”

The House passed a similar measure 411-0 in March after a heated debate in committee where Democrats fought hard against the 500,000-subscriber definition. Once lawmakers reached a bipartisan deal lowering that number to 250,000 subscribers, the bill coasted through to full House passage. The House bill would sunset after five years.

Both bills would expand an exemption that the FCC created in December for providers with 100,000 subscribers or fewer, but it only lasts for a year.

Senate Democrats are more wary than their House colleagues about the proposed exemption. “There was an attempt to get some additional compromise on the item by Senator Daines and Senator Manchin,” said Florida Sen. Bill Nelson, the top Democrat on the committee. “That’s going to have a very difficult future because of some objection as the bill is going forward.”

According to Nelson, “approximately 3 million more consumers – for a total of 9 million consumers – will lose access to important information about how their broadband provider operates its network.”

Sen. Claire McCaskill (D-Mo.) said she wouldn’t oppose the measure from moving forward now, but she still thinks it’s an area where lawmakers needed to be “very careful.”

“If there is one thing that has been a constant in the area of paid television and broadband is that consumers really have not gotten enough good, simple, straightforward information about the business models that are used to attract customers,” McCaskill said.

Rates go up without people understanding why, she added, and there is a “tendency” of some providers to refer their customers to privacy and legal agreements that are full of “gobbledygook.”

“Nothing changes about commercial transparency. This is about technical transparency,” Daines responded. The bill simply exempts small ISPs from handing over technical information, such as latency, that require them to buy extra equipment to track such information, he added.

Daines noted that internet service providers have been bound by commercial transparency rules about business practices since 2010.

Before gaveling in the voice vote, Democrats Ed Markey of Massachusetts and Richard Blumenthal of Connecticut requested that the record show that they oppose the bill. Although those ‘nay’ votes were symbolic, it is another deviation from the House’s proceedings showing a tougher path in the Senate.